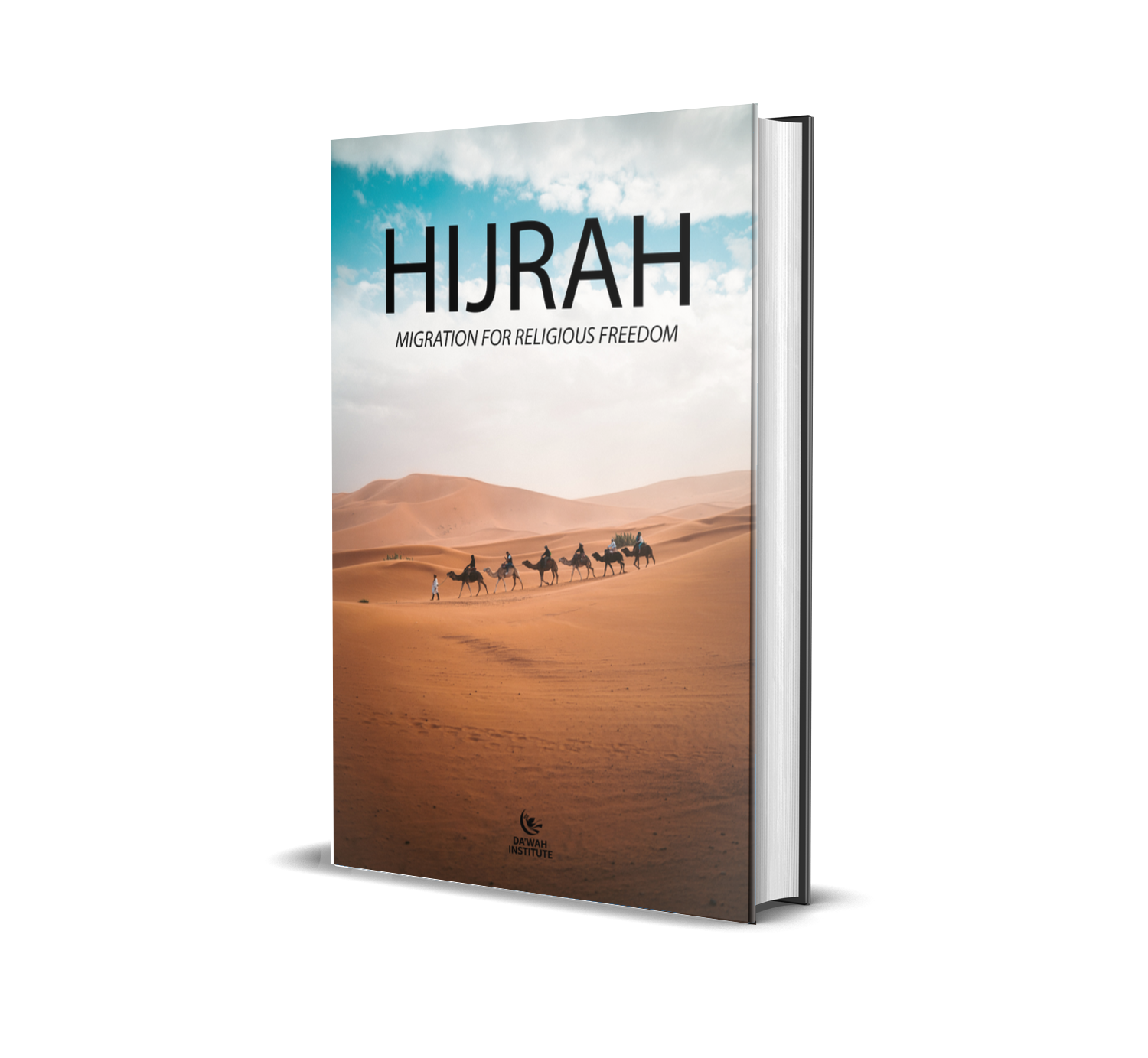 Furthermore, based on the verse “And keep away from Ar-Rujz (idols)”2 As well as the hadith “The Muslim is the one who the Muslims feel safe from his tongue and his hand, and the Muhaajir is the one who abandons that which Allah has prohibited”3, the following are also regarded as forms of hijrah:

For every saying or action to be accepted, it must be based on good intention. This is clearly stated in the hadith narrated by Umar (may be pleased with him), that the Prophet (p) said: “Actions are judged by intentions and each man will have what he intended. Thus, anyone whose migration (hijrah) was to Allah and His messenger, His migration is to Allah and His messenger…”4

2. Ability and having the means to make hijrah

This is based on the verse of surah al-Nisaa in which Allah says: “Verily, as for those whom the angels take (in death) while they are wronging themselves, they say: ‘In what condition were you?’ They reply: ‘We were weak and oppressed on earth.’ They say: ‘Was not the earth of Allah spacious enough for you to emigrate therein?’ Those will find their abode in Hell, and what an evil destination. Except for the weak ones among men, women and children who cannot devise a plan, nor are they able to direct their way, for these there is hope that Allah will forgive them, and Allah is Ever Oft- Pardoning, Oft-Forgiving.”5

This is a severe threat for he who leaves off Hijrah without any valid excuse, and this noble verse is general for everyone who resides amongst the polytheists while he is able to make Hijrah and he is not able to perform the religion, and by that s/he is wronging himself and committing a forbidden act.

1. When the practicing of religion is difficult and there is the ability to Migrate:

Regarding whoever is in this situation who cannot profess his faith and practice his religion in a non-Islamic state and he is capable of Hijrah, all Muslim scholars have agreed that migration is compulsory on him. This is why the Prophet (PBUH) dissociates himself from such a person if he refuses to migrate. In fact, if a woman in this situation has no mahram to travel with her, but she has no fear of harm if she migrates alone or the fear she foresees if she migrates alone is minimal compared to the harm of her staying in an abode of Kufr, then, migration will be compulsory on her in this situation.

The justification for this includes the following verse:

The punishment promised in the verse shows that it is prohibited for whoever is able to migrate from such land to stay. The Prophet (PBUH) also says: “I dissociate myself from all Muslims who leaving in the midst of idolaters …”. There is also the hadith that states that “emigration will not stop provided the enemy is fought”.7

This is the view of the vast majority of scholars. A minority, however, states that it is not compulsory to migrate asserting that those texts relied on by the majority have been abrogated by the hadith of Abdullah bn Abbas which shows that the compulsion of migration has been abrogated. Ibn Abbas reported that the Messenger of Allah (PBUH) said on the Day of the conquest of Mecca: “No Hijrah after the conquest, except Jihad and good intention…”8

It is understood by those minorities that this hadith is general, thus, it has abrogated the ruling of those hadiths that imply the obligation of Hijrah. They further say that the Prophet (PBUH) did not compel those who embraced Islam from amongst Arabs to migrate to him in Medina and he never reproved or blamed them for staying in their vicinities. Also, whenever the Prophet (PBUH) wants to send a group for the expedition, he instructs their leader that the polytheists when met should be called to one of the three things, and whichever of the three is chosen by them should be taken and they should not be fought. Then, after they have embraced Islam, they should be told to move from their abode to the abode of the Emigrants. And they should be told that by so doing, they have equal rights and responsibility with the emigrants. But if they choose their abode over migration, they should be told that they would be treated like the Bedouin Muslims whose Allah’s ruling shall be applied to them. This narration implies that the prophet (PBUH) did not compel people to migrate.

Other scholars have reconciled the seeming contradiction by saying that those hadiths imply the obligation of Hijrah is applicable to those who have no security on their religion. Some others assert that the hadith of Ibn Abbas means that there will not be migration from Makkah after the conquest of Makkah since Makkah had already become an abode of Islam.

Imam al-Shafi’i in particular stressed that hijrah is compulsory on whoever does not have security on his faith because of verse 97 of Qur’an 4 (al-Nisa’). The verse only exempts those who are not capable due to their weaknesses or illness.

2. When the practicing of religion is difficult and there is no ability to Migrate:

All Muslim scholars, with no exemption, have agreed that migration (hijrah) is not compulsory for whoever falls within this category because of the incapability to migrate. People in this category will fall within the weak (Mustad’afin) as mentioned in Qur’an 4:97.

In the book al-Mughni, Ibn Qudamah said: ‘those who hijrah is not compulsory on are those that are not capable either due to illness, or they are forced to stay or due to weakness from amongst women, children and those who are in their condition. This is clear in Qur’an 4:97 where Allah gives those people an excuse….’

Furthermore, it is also clear from the Sunnah that the obligation of hijrah is only on those who are able and have no security on their faith. The Prophet (PBUH) gave some people permission to stay in Mecca after they have embraced Islam simply because they had security in their faith. Among those people was al-Abbas bn Abdul Muttalib

3. When there is the ability to practice religion but migration is not possible even if one wants it:

The scholars however would still encourage this person to maintain his intention and keep striving towards migrating to the abode of Islam as that is the best for him.

Yusuf al-Qaradawi in his book Fiqh al-Jihad narrates that Ibn Qudamah mentions that ‘it is encouraged for those who are able to practice their religion but at the same time have the ability to migrate to the abode of Islam. This is because, their migration would enable them to fight the enemies, convey Islam to them as well as help Muslims’ population increase. It is however not compulsory for them to migrate because of their ability to practice their religion. It has been reported that al-Abbas, the prophet’s uncle stayed in Mecca while other companions migrated.’

Yusuf al-Qaradawi commented on Ibn Qudama’s explanation that this is on the assumption that the person who is encouraged to migrate does not have the role of teaching or preaching Islam to non-Muslims. As for a person who plays those roles, his stay in the land of non-Muslim will be better as that would be regarded as a form of Jihad.10