What does Jihad Means  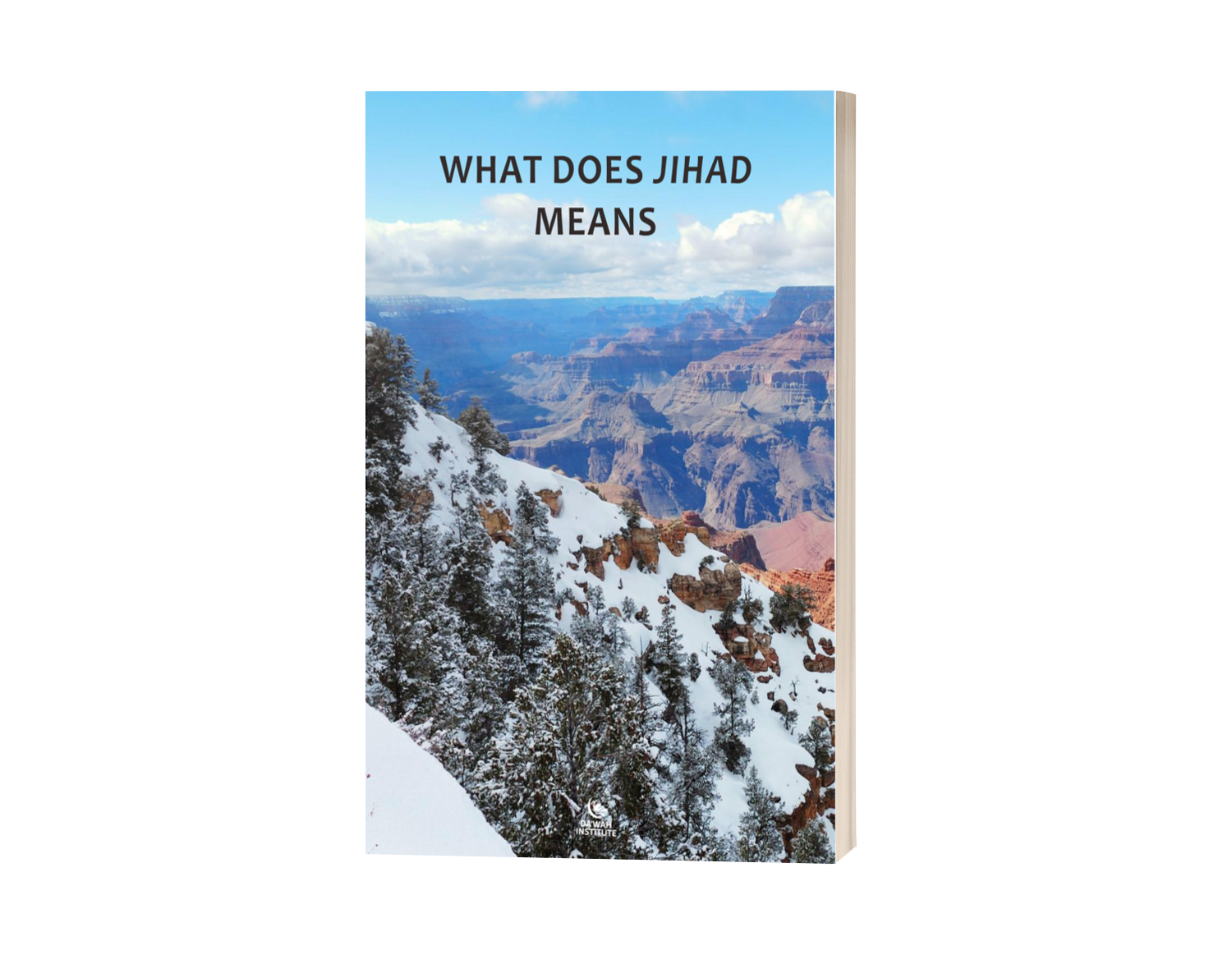 “Jihad” (from the verb “jahada”) on its own simply means “to struggle”, “to exert effort”, “to exert oneself”, “to toil” or “to strive”. Jihad simply means to strive hard or struggle in pursuit of a just and goodly cause in a manner thatis in line with the guidance/way/path of Allah (fi sabilillah).

Jihad in Islamic teachings refers to the unceasing effort that an individual must make towards self-improvement and self-purification in God’s cause. It also refers to the struggle to defend Islam which may be through peaceful means or armed struggle.  It also refers to the duty of Muslims, both at the individual and collective level, to struggle against all forms of evil, corruption, injustice, tyranny and oppression – whether this injustice is committed against Muslims or Non-Muslims, and whether by Muslims or Non-Muslims. In this context, jihad may include peaceful struggle or, if absolutely necessary, armed struggle. What should be very clear is that jihad cannot be reduced or restricted to simply warfare or fighting, and that the very important phrase that qualifies and determines the permissibility and acceptance of any form of jihad is “fi sabilillah” – in way or cause of Allah, or to achieve the higher intents of Islamic teachings (Maqasid al-Shari’ah) – i.e. accruing benefit for all and prevention of harm from society.

Use of the term “Jihad” in the Qur’an

The Qur’an generally uses the term “jihad” in the broader sense of struggle in God’s cause (which  include fighting). It is noteworthy that the term was first used in verses revealed at Makkah, long before the early Muslims were permitted to fight such as Qur’an 29:6, 69 and 25:52.

“Therefore, listen not to the unbelievers, but engage in striving (jihad) against them (with the utmost endeavour)[1], with it (the Qur’an).” (Qur’an 25:52)

“Go forth light and heavy, and strive (jihad) hard in Allah’s way with your property and your persons; this is better for you, if you know.” (Qur’an 9:41)

“The believers are only those who believe in Allah and His Apostle then they doubt not and struggle hard (jihad) with their wealth and their lives in the way of Allah; they are the truthful ones.” (Qur’an 49:15)

The many meanings of “Jihad” in the Hadith

Abu Dharr said that the Messenger (p) said, “The best jihad is for one to perform jihad against his own self and against his desires.”[2]

Another man asked, “What kind of jihad is best?” The Prophet (p) replied, “A word of truth before an oppressive ruler.”[3]

Aisha asked, “O Messenger of Allah, we see jihad as the best of deeds, so shouldn’t we join it?” He replied, “Hajj is the most excellent of all jihad (for women).”[4]

The Messenger (p) also said, “…the one who engages in jihad (mujāhid) is he who strives against himself for the sake of God, and the one who emigrates (muhājir) is he who abandons evil deeds and sinfulness.”[5]Ibn Umar reported that the Prophet (p) said, “The best jihad is that of one who strives against his own self in the Cause of Allah, Most Great and Glorious.”[6]

Ibn Umar reported, “A man came to the Prophet of Allah (p) and said, ‘Allow me to fight.’ The Prophet (p) asked him, ‘Are your parents alive?’ ‘Yes,’ replied the man. ‘Then go back and exert your utmost (jihad) in their service,’ said the Prophet (p).”[7]

The Messenger (p) said (during his farewell Hajj), “Should I inform you of who the Mu‘min (true believer) is? It is he from whom people are secure with regard to their wealth and their own selves. The (true) Muslim is he from whom people are safe from (being harmed by) his tongue and hand. The (true) Mujāhid is he who performs jihad bi al-Nafs (struggle with the self) in the obedience of Allah. And the (true) Muhājir (migrant in the Cause of Allah) is he who abandons error and sin.”[9][A2]

The usage of the term “jihad”, “mujahid” (a person involved in jihad), and its different derivations in the various hadiths above is evidence that the Prophet (p) did not restrict its meaning to warfare.

Use of the term “Jihad” by Jurists

Even though the Qur’an and hadith give a variety of meanings to the term “jihad” as illustrated above, scholars of Islamic jurisprudence and law have usually been more concerned with the military form of jihad as this requires more jurisprudential elaboration and legal regulation (fiqh). Hence, the sections that deal with warfare in traditional Islamic law literature are usually under sections or books titled “jihad”. And while such jurists acknowledge the various meanings of the term “jihad” as used by the Qur’an and Hadith literature, this technical or juristic meaning of “jihad” as used in books of law, has unfortunately led many uninformed students of Islam to conclude that “jihad” has the exclusive meaning of fighting or warfare (qital/harb).

However, rarely in the Qur’an is the word “jihad” used with the sole meaning of fighting. The most commonly used words for fighting or warfare, in the literal sense, in both the Qur’an and hadith literature are “qital” and “harb”.

The “Best Jihad” and its Prerequisites

The methodology of jihad according to all Islamic sources, therefore, does not exclude non-violent resistance against oppression and tyranny, if the general conditions of the moment indicate that this approach is the most effective way to achieve the objective of lasting peace and security.

Depending on the circumstances and those involved, the best form of jihad may take several different forms, as cited earlier in the texts above. Thus, it may include, but not limited to any of the following – being frank in advice to a tyrannical ruler; exercising discipline or self-restraint; Hajj (pilgrimage to the Sanctuary of Makkah); taking care of one’s parents; studying and self-improvement; teaching and sharing beneficial knowledge;[10] and  taking up arms to defend oneself and others, including non-Muslim citizens (Ahl al-Dhimma) in a “Just War”.

This implies that Muslims would have to undertake jihad in many diverse forms in the course of their lives. The very important phrase or condition that determines the value and acceptance of any form of jihad is that it is done “fi sabilillah” – (literally) “in the way or path of Allah” or in the general sense, “for the sake of Allah”. This means that one’s intentions are sincere, the means or methods are permissible, and the jihad aims to achieve the higher intents of Islamic teachings (Maqasid al-Shari’ah) – accruing benefit for all and/or prevention of harm.Jihad al-Nafs – the struggle (jihad) to purify one’s intention, heart, strengthen one’s willpower, and ensure that all deeds are in accordance with Allah’s guidance – is, therefore, the prerequisite of all other forms of jihad[A3] .

[10] Qur’an 9:122 which reads “And it is not (proper) for the believers to go out (to fight) altogether. Of every troop of them, a party only should go forth, that they (who are left behind) may get instructions in religion, and that they may warn their people when they return to them, so that they may beware (of evil).”