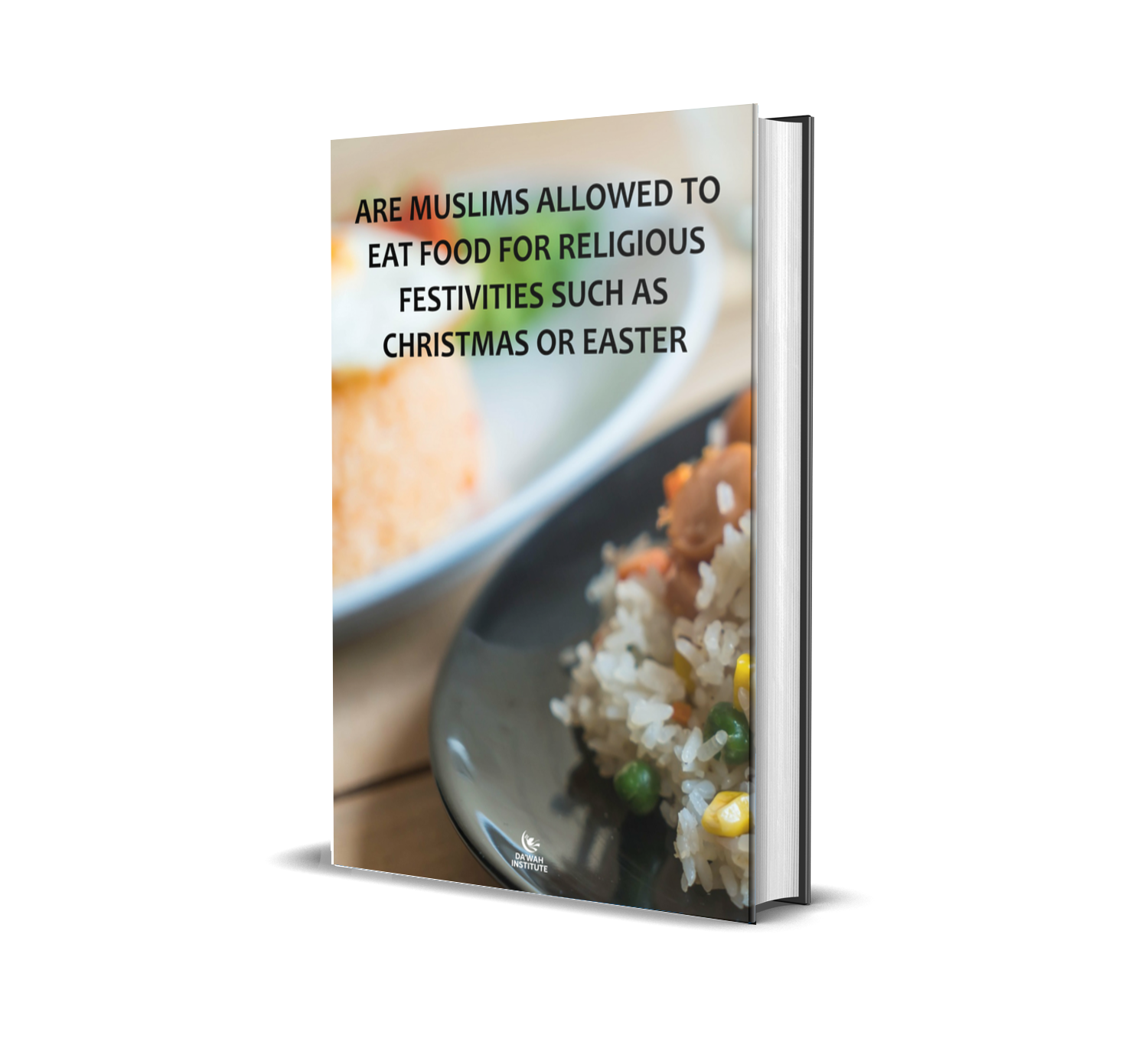 Some Muslims refuse food or meat from animals slaughtered for or during the religious festivities of Jews and Christians such as Christmas or Easter.  Other Muslims accept such food, but dispose of it, rather than eat it. This is due to their belief that it is prohibited for Muslims to eat such food given by people of other faiths. This often worsens existing interfaith relations, and contributes to undermining peaceful co-existence in multireligious communities, and especially in interfaith family relations.

Are Muslims allowed (halal) to eat the food that the “People of the Book” prepare for occasions such as Christmas or Easter?

Regarding accepting food and gifts from Christians, Jews, Zoroastrians and others during their religious festivals such as Christmas, Easter, Hanukkah, Passover, Nayrouz, Diwali, etc., there appears to be no authentic evidence from the Qur’an, Sunnah of the Prophet (p) or statement of the Companions prohibiting it. On the contrary, available evidence indicates that a number of the Companions actually accepted food and gifts from non-Muslims during their religious festivals. These include companions such as Ali, Aisha, Abu al-Darda and Abu Barzah who approved of such gifts.[1]

When Aisha was asked about eating food that was given by Zoroastrians (Majus) during their religious festivals, she responded, “do not eat what they slaughter for that day. But eat from their plant products.”[2] A similar statement was made by the companion of the Prophet (p), Abi Barzah.[3]

Thus, companions accepted food of even those that were not Ahl al-Kitab (Jews and Christians), but did not eat only the slaughtered meat. They did not perceive such gestures as being in any way consenting to unbelief or aiding the cause of disbelief (shirk or kufr), but simply a show of appreciation towards another person’s generosity and kindness.[4]

Regarding meat of animals slaughtered for the religious festivities of Ahl al-Kitab, scholars have differed.  While some regard this as prohibited (haram), others as discouraged (makruh), and yet others consider it completely permissible (halal).

Someone asked the Companion, Abu al-Darda whether he could eat the meat of a lamb, slaughtered for the Church of St. George, which had been given to him. Abu al-Darda answered, “O Allah, may You pardon us! Are they not the People of the Book, whose food is halal for us and ours for them? He then told the person to eat it.”[8]

Imam Malik was once asked about eating the meat of animals slaughtered for Christian festivals and churches. He replied, “I classify it as makruh (discouraged) but not haram (prohibited). Discouraged (makruh) because I am afraid it may have been dedicated to someone other than Allah, but not prohibited (haram) because perhaps, with respect to the People of the Book, the meaning of the phrase, ‘that which has been dedicated to any other than Allah’ (in Qur’an 5:3), applies only to those animals which they slaughter for the purpose of seeking the pleasure of their deities and not for their own consumption. As for what they slaughter to eat, it is their food, and Allah says, “The food of those who were given the Scripture is permitted to you.”[9]

The great scholar Sufyan Al-Thawri was reported to have said, “If you see a man doing something over which there is a difference of opinion among scholars, and which you believe to be forbidden, you should not forbid him from doing it.”[10] Therefore, even if a Muslim is personally not comfortable with the opinion of a certain scholar or School of Thought (madhhab), and does not want to eat the food of a particular non-Muslim for one reason or another, this should not be done in such a disrespectful way as to hurt the good positive relations between Muslims and peaceful non-Muslims.[11]

Allah says in Qur’an 60:8, “Allah does not forbid you in respect of those who do not fight you because of your religion and do not expel you from your homes – from being good and dealing justly towards them. Indeed, Allah loves those who act justly’’.

[4] Commenting on this, Ibn Taymiyyah concluded that “all of these indicate that celebrations or festivals play no part in prohibiting the acceptance of gifts. In fact, the ruling for gifts pertaining to religious festivals remains the same as the ruling pertaining to accepting gifts on any other occasion, since the acceptance of gifts cannot be considered as aiding the promotion of their religious rites (sha’air).” See Ibn Taymiyyah, Iqtida’ al-Sirat al-Mustaqim, Edited by Nasir Abdu al-Karim al-‘Aql, Dar ‘Alam al-Kutub, Beirut, 7th Edition, 1419, p.45

[9] Commenting on this ruling of Imam Malik, Sheikh Yusuf al-Qaradawi stated: “This ruling by Imam Malik demonstrates his humility, piety, and caution in religion. He did not rush to the conclusion that it was haram, as some jurists do today, but confined himself to stating that it was makruh (discouraged). As we can see, faced with the problem of reconciling two conflicting general categories, that which is dedicated to anyone other than Allah and the permissibility of the food of the People of the Book, he exercised caution and deliberation.” See, Yusuf al-Qaradawi, The Lawful and the Prohibited in Islam, IIFSO, Kuwait, 1992, p.61, footnote 2.