CAN A MUSLIM LOVE & BE FRIEND WITH NON-MUSLIM? 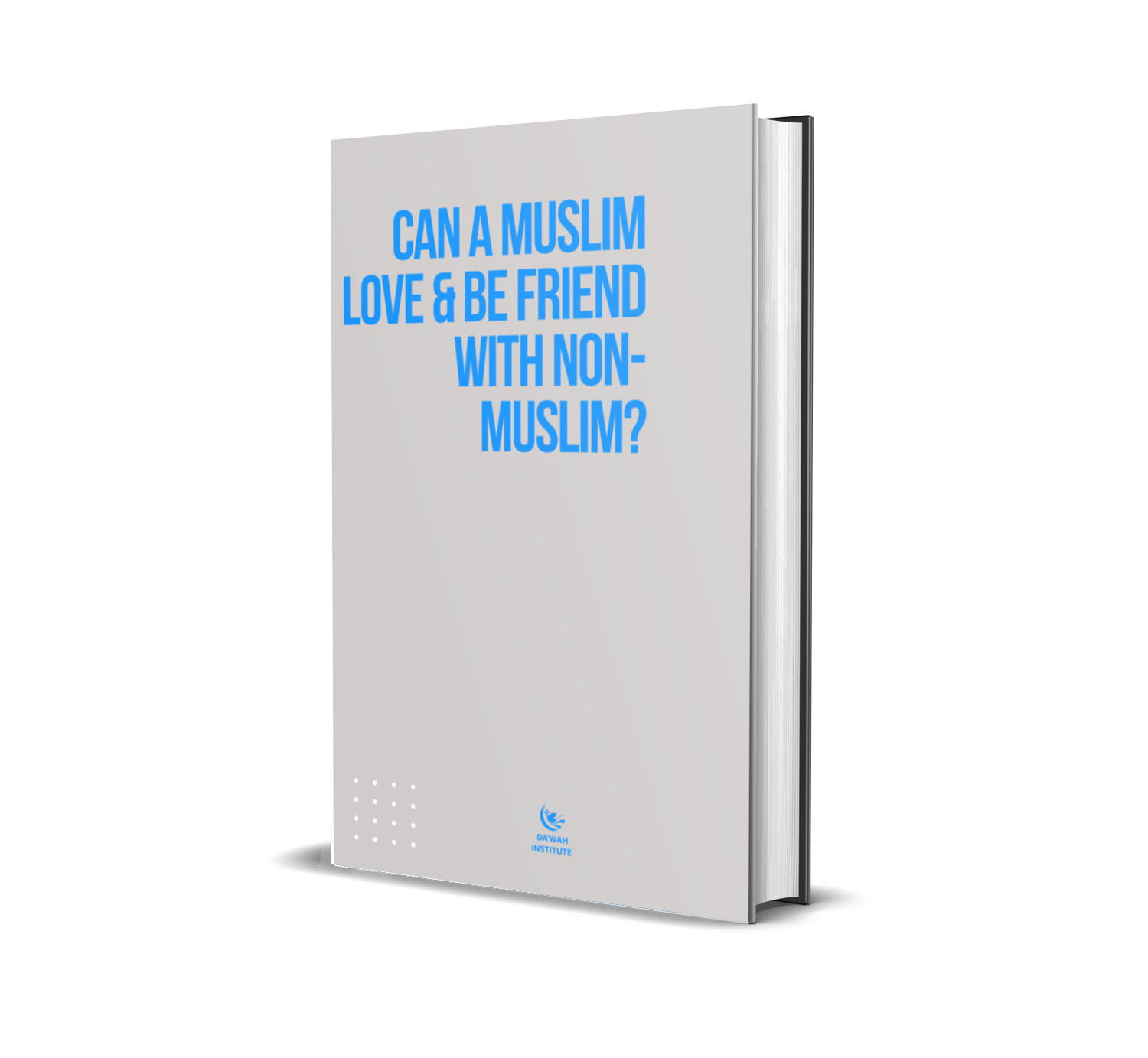 Some Muslims think that they are not expected to be friendly or jovial with people of other faiths. As such, they stay distant from non-Muslim colleagues, neighbours and others.

Is a Muslim permitted to be friendly with people of other religions? How close or friendly can a Muslim get with non-Muslims? Won’t a Muslim be negatively influenced by non-Muslim friends?

The Qur’an 60:8-9 summarizes Islam’s position on relations with people of other faiths: “As for such (of the unbelievers) as do not fight against you on account of (your) faith, and neither drive you forth from your homelands, God does not forbid you to show them kindness (birr) and to behave towards them with full equity (qist): for verily, God loves those who act equitably. God only forbids you to turn in friendship towards such as fight against you because of (your) faith, and drive you forth from your homelands, or aid (others) in driving you forth: and as for those (from among you) who turn toward them in friendship, it is they, they who are truly wrongdoers!”

There are other verses of the Qur’an that forbid Muslims from befriending the type of hostile non-Muslims that are discussed in the second part of the verse above (Qur’an 60:9). This, of course, does not exclude the possibility of forgiveness (Qur’an 16:126) and returning harm done with goodness (Qur’an 41:34, 23:96, 28:54) which as a rule is better for a Muslim to do.

The Prophet Muhammad (p) is the best role model for Muslims (Qur’an 33:21)! The Qur’an (28:56) refers to his having “loved” his kind uncle Abu Talib even though he was a polytheist (mushrik). The Prophet (p) trusted the Christian King (the Negus) of Abyssinia with the lives of the first group of migrating Muslims (Muhajirun).[1] He also trusted Abdullah bin Uraiqit (who was a polytheist) to guide him and Abubakr through the desert to Medina when the other Meccans wanted to kill him.[2]

Marriage is a very intimate and loving relationship (Qur’an 30:21). The fact that the Qur’an (5:5) permits a Muslim to marry a Jewish or Christian lady, suggests the level of friendship and companionship that Islam permits a Muslim to have with a non-Muslim in spite of the difference in their faiths. The Prophet (p) gave and received gifts from non-Muslims; he visited them and vice-versa. From these and other pieces of evidence in the Qur’an and Sunnah makes it clear that only such relationships that compromise Islamic values are prohibited for Muslims.

The kindness (birr)[3] and fairness (qist) mentioned in Qur’an 60:8-9 (cited earlier) applies to all peace-loving non-Muslims, whether they are of monotheistic, polytheistic, or of non-religious persuasions.[4]

Though marriage to polytheists and eating of their slaughtered meat is not permissible to Muslims[5]; kindness and justice are to be extended to them. Insulting or reviling others’ beliefs and deities is forbidden in Islam, as Allah says in the Qur’an, “Do not revile those whom others invoke instead of God, lest they in retaliation revile Allah out of ignorance” (Qur’an 6:108). The Prophet (p) exemplified this in his response when it was said to him, “Pray to Allah against the polytheists and curse them!” The Messenger (p) replied, “I have not been sent as an invoker of curses; I have only been sent as a mercy.”[6]  In another hadith, he is also reported to have said, “I have been sent to join ties of relationship”[7]; and when Aisha wanted to retort to some Jews who had insulted the Prophet (p), he said to her, “O Aisha, be gentle and beware of being harsh and of saying evil things.”[8]

Interaction implies the possibility of influence. This influence could be positive or negative, as influence is rarely neutral. It is important for Muslims to recognize the influence that others around them have. Abu Musa al-Ash’ari narrated that the Prophet (p) said:

There are different types of Muslims and non-Muslims. Some are trustworthy and upright, while others are corrupt and hypocritical. The Qur’an acknowledges that non-Muslims are not all alike (Qur’an 3:113, 3:75), some are reliable while others are not. The same is true about all religious and irreligious communities.

If a Muslim realizes that his or her interaction with a particular person, whether Muslim or non-Muslim, is having a negative influence on them, then the following advice of the Prophet (p) becomes applicable:

A Muslim should always remember that every non-Muslim is a potential Muslim, just as every weak Muslim is potentially a good one (mu’min), by Allah’s Grace. A Muslim should, therefore, ensure, as much as he can, that his life and relationships serve as a testament to his faith. Moreover, he should take the initiative to have a positive influence on those around him. The following passages from the Qur’an and Hadith illustrate the manner and disposition enjoined on Muslims to have such positive influence:

“Invite to the way of your Lord with wisdom and beautiful exhortation… And if you have to respond to an attack, respond only to the extent of the attack levelled against you; but to bear yourselves with patience is indeed far better for (you, since God is with) those who are patient in adversity.” (Qur’an 16:125-126)

“Do not speak to the people with your face turned away, nor walk proudly on earth; for Allah does not love any arrogant boaster.” (Qur’an 31:18)

“Do you know what is better than charity and fasting and prayer? It is keeping peace and good relations between people, as quarrels and bad feelings destroy mankind.”[11]

“Do not be people without minds of your own, saying that if others treat you well you will treat them well and that if they do wrong you will do wrong; but accustom yourselves to do good if people do good and not to do wrong if they do evil.”[12]

“A believer should not taunt, curse, abuse or talk indecently.”[13]

“If someone abuses you, and reproaches you for what he knows about you, then do not reproach him for what you know about him, so that you may have the reward thereof and the sin thereof is against him.”[14]

These passages and many others assume that Muslims would sometimes have to interact with those who are unpleasant towards them or who oppose their beliefs. Therefore, the passages above provide guidance from Allah’s wisdom for such interaction. Though Muslims should be cautious of negative influences within the society, fear of this should not prevent them from relating with others in a productive manner in order to exert a positive and beneficial influence, inspired by their faith, in whatever way possible.

«   IDEALS IN INTERFAITH RELATIONS: HOSTILITY OR HARMONY?
SHOULD A MUSLIM TRUST PEOPLE OF Other Faiths? »