“Fundamentalists” and Newsmakers in the Media 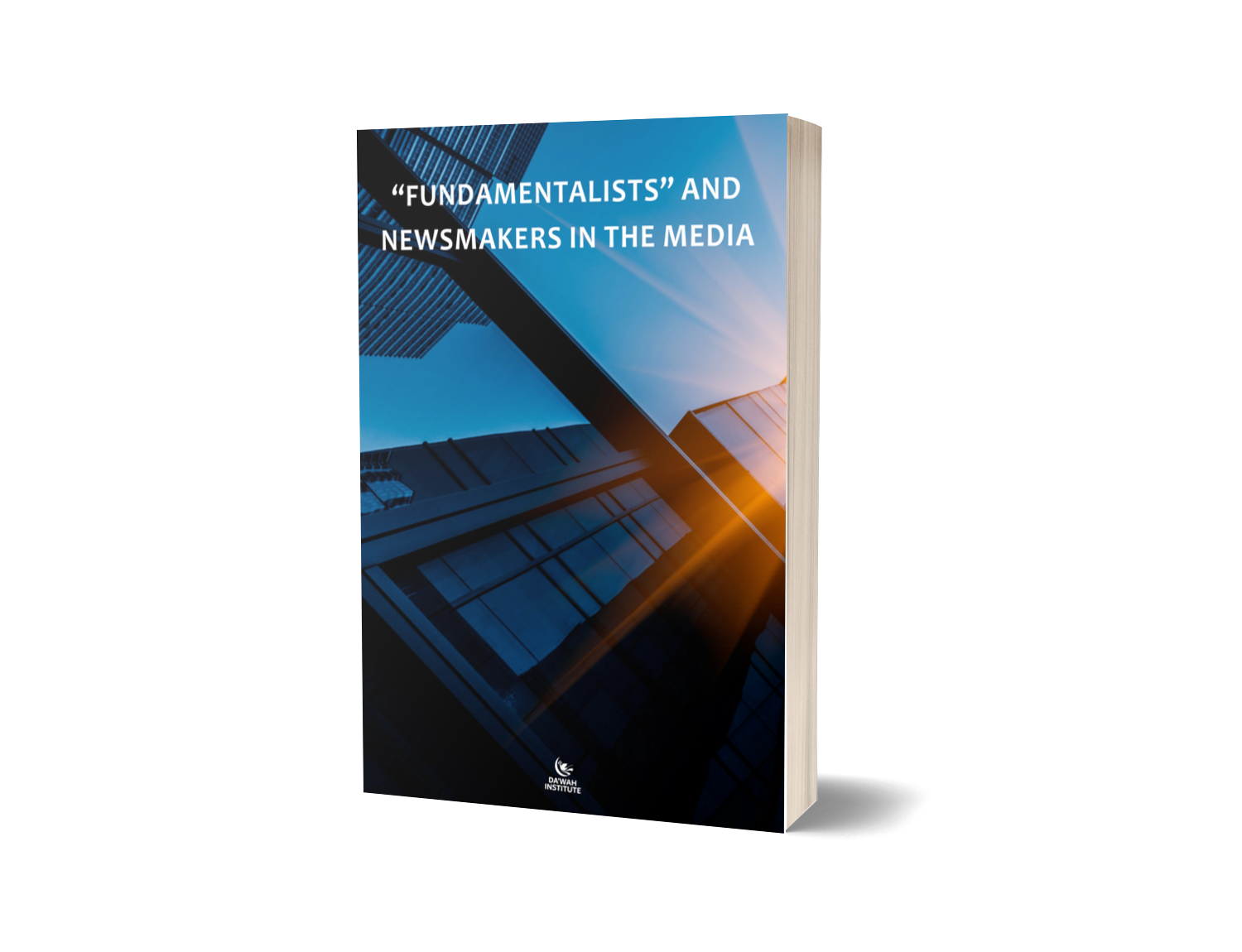 The media frequently uses sensational imagery in ways that subtly but strongly reinforce the association of Muslims with violence. It is common to view the carnage caused by a group whose members are Muslim alongside images of Muslim worshippers or the sounds of a Muslim call to prayer. Through regular media constructions such as these, the average viewer develops a mental connection between Muslim piety and violence. This has led to widespread fear of “Islamic fundamentalists” and their alleged religious zeal for intolerance.

Another cause of the fear of Islam is a double standard in the popular media’s terminology about perpetrators of violence. Muslims who commit acts of violence are often labeled “Muslim fundamentalists”, “Islamists”, or “Islamic extremists” (as opposed to “moderates”).[1] On the other hand, acts of violence committed by other (or non-Muslim) faith groups, such as bombings of innocent people by Christian members of the IRA are portrayed simply as “IRA bombings” without the Christian tag.

Other groups of Christian militants such as the Lord’s Resistance Army in Uganda and the National Liberation Front of Tripura in India have committed numerous massacres without media attention on their faith. A notable case of Christian terrorism is even celebrated as a public holiday in some countries[2]. In 1605, Guy Fawkes and other Catholic revolutionaries attempted to overthrow the Protestant aristocracy of England by blowing up the BritishParliament.[3]

None of these acts is characterized as “Christian fundamentalism” because newsmakers usually consider the fact that Christianity does not condone terrorism. However, the same consideration is not usually applied to Islam.

Similarly, the race-based and faith-driven policies of Israel are never identified as stemming from a “Jewish fundamentalist state,” nor are the inflammatory remarks made by some Hindu Indian politicians identified as propagating “Hindu fundamentalism.”  The frequent occurrence of violence against minorities in countries with predominantly Buddhist populations such as Sri-Lanka, Myanmar, Laos, Cambodia, and Thailand are likewise not labeled as related to “Buddhist fundamentalism” or “Buddhist extremism.”

In recent history, we have witnessed an American-led “War on Terror”, initiated by the administration of George W. Bush. The influence of the Christian evangelical movement on the Bush administration’s imperialist foreign policies is given little coverage by the mainstream media.[4] Conversely, this is not the case when it comes to media commentaries about Iran’s foreign relations. Iran is portrayed as a nation whose antagonism towards others is derived primarily from its “Islamic fundamentalist agenda”.

[1] For an insightful commentary on some of the terminologies used in stereotyping Muslims, see “Don’t call me a moderate!” in Waleed Aly, People Like Us: How arrogance is dividing Islam and the West (Sydney, Australia: Picador Pan Macmillan Australia, 2007), pp. 54 – 70.

[2] Guy Fawkes Day or Bonfire Night is celebrated in the UK and some other parts of the Commonwealth on November 5th.

[4] See Grace Halsell, Forcing God’s Hand: Why Millions Pray for a Quick Rapture and Destruction of the Planet Earth (Washington, D.C.: Crossroads, 2002) for an interesting discussion on the influence of evangelical Christian thought and influence on American policy and Middle Eastern conflicts.

« Jihad: Against Aggression or Religious Diversity? 
Making Religion the Scapegoat »