Handling the Qur’an by non-Muslims 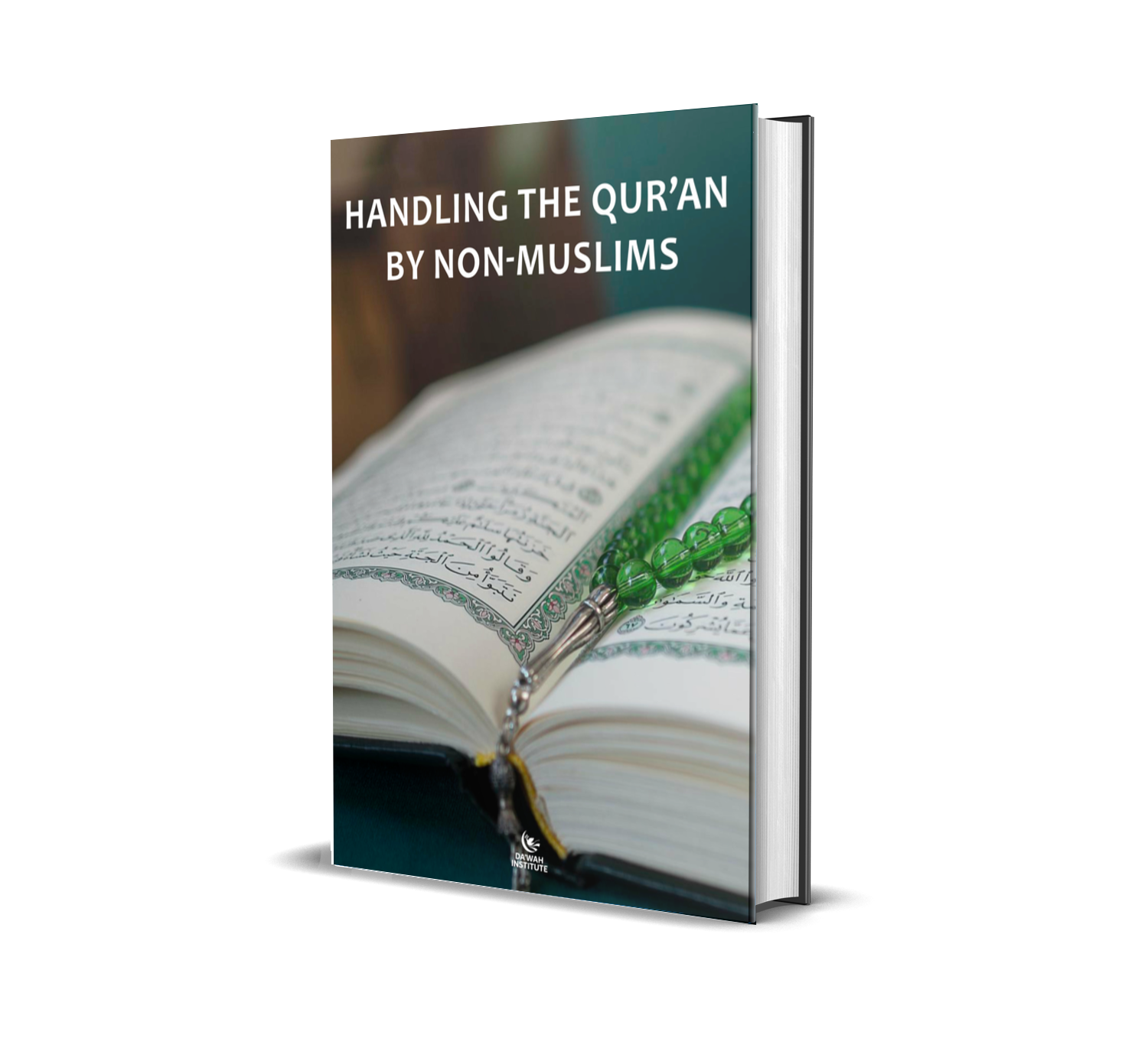 Some Muslims believe that Islam forbids people of other faiths from touching the Qur’an, especially the Arabic version. As a result, some non-Muslims who genuinely want to read the message of the Qur’an for themselves are denied access.

Can non-Muslims be allowed to study, touch or handle the Qur’an?

Some non-Muslims however, understand Arabic and would want to read the Word of God for themselves. The Qur’an is the pure Word of God, His last and final revelation to mankind. It is, therefore, a scripture containing a sacred and divine message that must be respected and kept pure. Muslims are even encouraged to perform ablution before they hold a copy of the Qur’an.[2] Consequently, (and among other reasons), some Muslim scholars are of the opinion that if a Muslim has to purify himself, then it follows that non-Muslims who do not purify themselves through ablution (wudu) or ritual bath (ghusl) should not touch a copy of the noble Qur’an.

Other scholars, however, emphasize the fact that the Prophet’s divine message – the Qur’an – was meant as a source of guidance for all mankind, and not only Muslims (See Qur’an 34:28, 25:1).

The hadith and verses of the Qur’an on this subject have various interpretations given to them by scholars, and can be understood to support differing conclusions. However, the fact that the Prophet (p) sent letters to non-Muslim leaders containing portions of the Qur’an has led scholars such as Ibn Hazm to conclude that whatever interpretation is given to the different verses of the Qur’an and hadith on this matter, it should not prohibit giving copies of the Qur’an to non-Muslims since the Prophet (p) had himself done so.[3] These scholars are also of the opinion that the word “Qur’an” is used (both in the Qur’an and Hadith) to refer to either the whole book or any portion of it.[4]