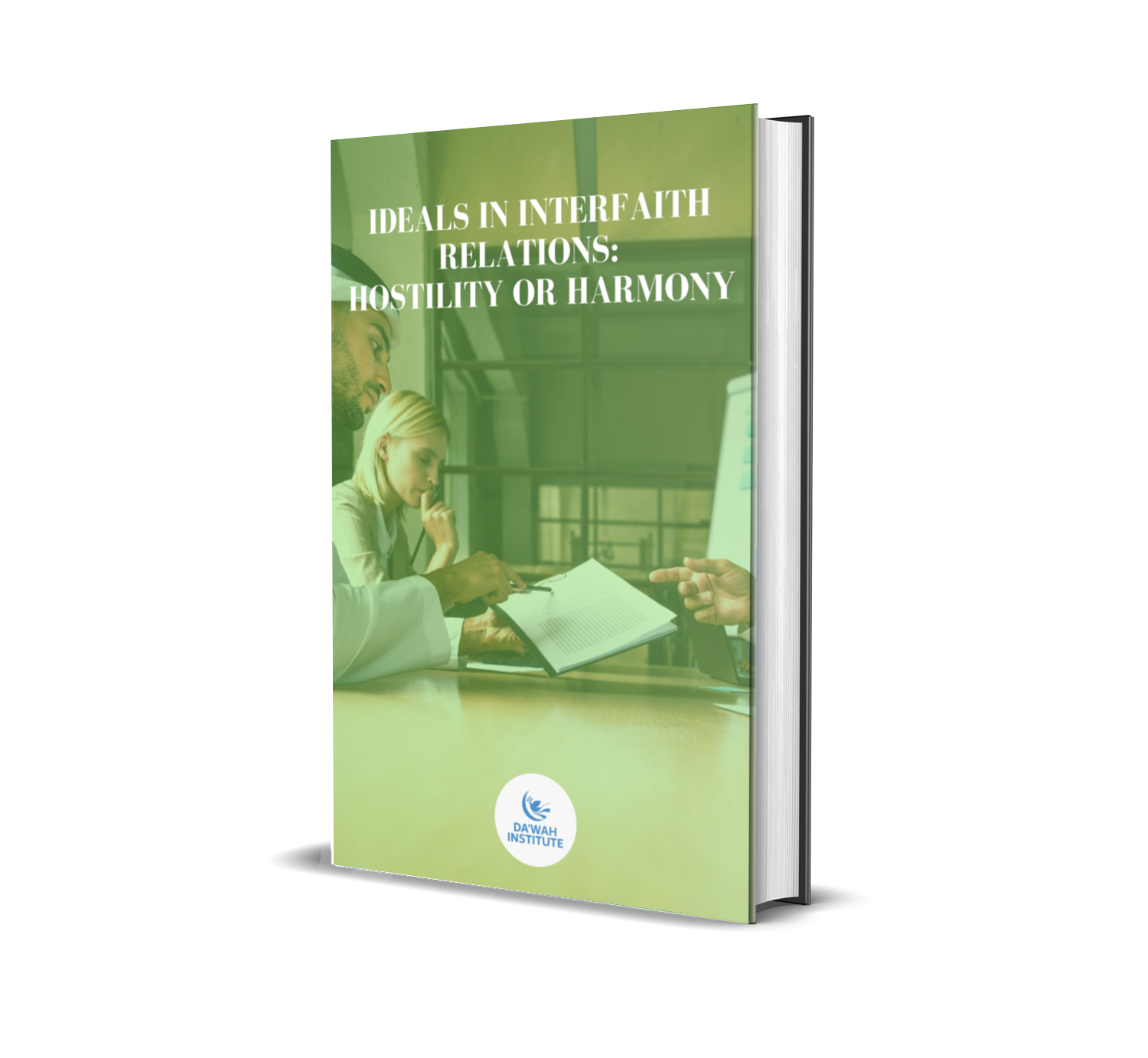 Some believe that Islam prescribes that Muslims should be in a permanent state of enmity with people of other faiths, irrespective of their disposition towards Islam and Muslims.

What is the ideal and normative relationship that Islam prescribes between Muslims and non-Muslims? Is it one of hostility or peace-building and friendliness?

Historically, from its inception in Medina, the Islamic state was, and continued thereafter, to be a plural society inhabited by Muslims and various non-Muslim citizens. Its defining feature was justice and equity.

The ideal and normative relationship that Islam prescribes between Muslims and non-Muslims is made explicitly clear in the Qur’an and exemplified in the life of the Prophet Muhammad (p). It is not that of war and hostility as opined by some, rather it is peace, justice, security and promotion of goodness (maslaha) and the higher intents (maqasid) of Shariah – and whatever would contribute to or lead to these.

Allah says in the Holy Qur’an: “As for such (of the unbelievers) who do not fight against you on account of (your) faith, and neither drive you forth from your homelands, God does not forbid you to show them kindness and to behave towards them with full equity: for verily, God loves those who act equitably. God only forbids you to turn in friendship towards such as fight against you because of (your) faith, and drive you forth from your homelands, or aid (others) in driving you forth: and as for those (from among you) who turn toward them in friendship, it is they, they who are truly wrongdoers!” (Qur’an 60: 8-9)

A number of verses and prophetic traditions make us realize that the normative relationship that Islam prescribes between Muslims and non-Muslims is peaceful coexistence and not enmity or hostility. In other words, conflict or fighting is the exception and not the rule. Below are some of those texts:

All the teachings of Islam related to seeking peace, arbitration, forgiveness, charity, social justice, and the objectives of Shari’ah (Maqasid al-Shari’ah) etc. are all directed towards greater peace in the society.

The fact that Islam would permit a Muslim man initiating and having a relationship as close and intimate as that of marriage with a Christian or Jewish woman, in spite of the difference in faith, points to the extent of expression of love and kindness that a Muslim is allowed to offer a non-Muslim.[2] It is also proof that Islam does allow genuine friendship with people of other faiths, for marriage is a relationship that the Qur’an characterizes as one of “tranquility” and “mutual love and mercy” (Qur’an 30:21) – qualities that also characterize the closest of friends. As with all relationships, and irrespective of the person’s faith, such a marriage should not be allowed to undermine Islamic ideals.

The Qur’an explains the difference between polytheists (mushrikun) and People of the Scripture (Ahl al-Kitab) and makes the relationship between the latter and Muslims more intimate by permitting the eating of their slaughtered animal and marriage to their women. The relationship between the early Muslims and all non-Muslim communities – polytheists, Zoroastrians, Jews and Christians etc. – was always peaceful until and unless they broke their peace treaties with the Muslims. Islam emphasizes the rights of non-Muslims living in an Islamic state as citizens or protected people (ahl al-Dhimmah) which guarantees their rights to life, work, the practice of their religion, etc.

A study of the day-to-day relationship of the Prophet (p) and his Companions with their non-Muslim relatives and neighbours reveals that Islam encourages normative peaceful relations between Muslims and people of other faiths  (People of the Book in particular). Such activities include greeting and eating the food of and with one another, exchanging gifts and visits, charity, encouraging forgiveness and patience, goodness to neighbours, trade, establishing peace treaties for mutual safety and security, etc. In fact, the Prophet (p) said: “Whoever truly believe in Allah and in the Day of Judgment should honour his neighbour.”[3]

[2] This level of respect and, indeed, love is not morally permissible to initiate in some other religions. (See legal studies on Christianity and Judaism, for example, where any form of interfaith marriage is prohibited, whether male or female.  This prohibition is derived by some Christian and Jewish scholars in view of II Corinthians 6:14-15, I Corinthians 7:39, Exodus 34:12-16, Deuteronomy 7:1-4, Ezra 10:2-3, Nehemiah 13:25-27, etc. in the Bible.  In Christianity, however, an already existing interfaith marriage is tolerated if one of the partners accepts Christianity and the other does not (I Corinthians 7:12-14)). Contemporary canons of Catholicism and guidelines for pastoral practice in Protestant churches, however, accommodate the fact that interfaith marriages are legitimate in common law.  See: http://www.religioustolerance.org/ifm_bibl.htm, 2005, for more information about Biblical teachings on interfaith marriages.

« Addressing Non-Muslims with Insulting Terms – Kafir!
WHAT IS USUL AL-FIQH? »