Is it allowed for Muslim to Use the cutlery of others 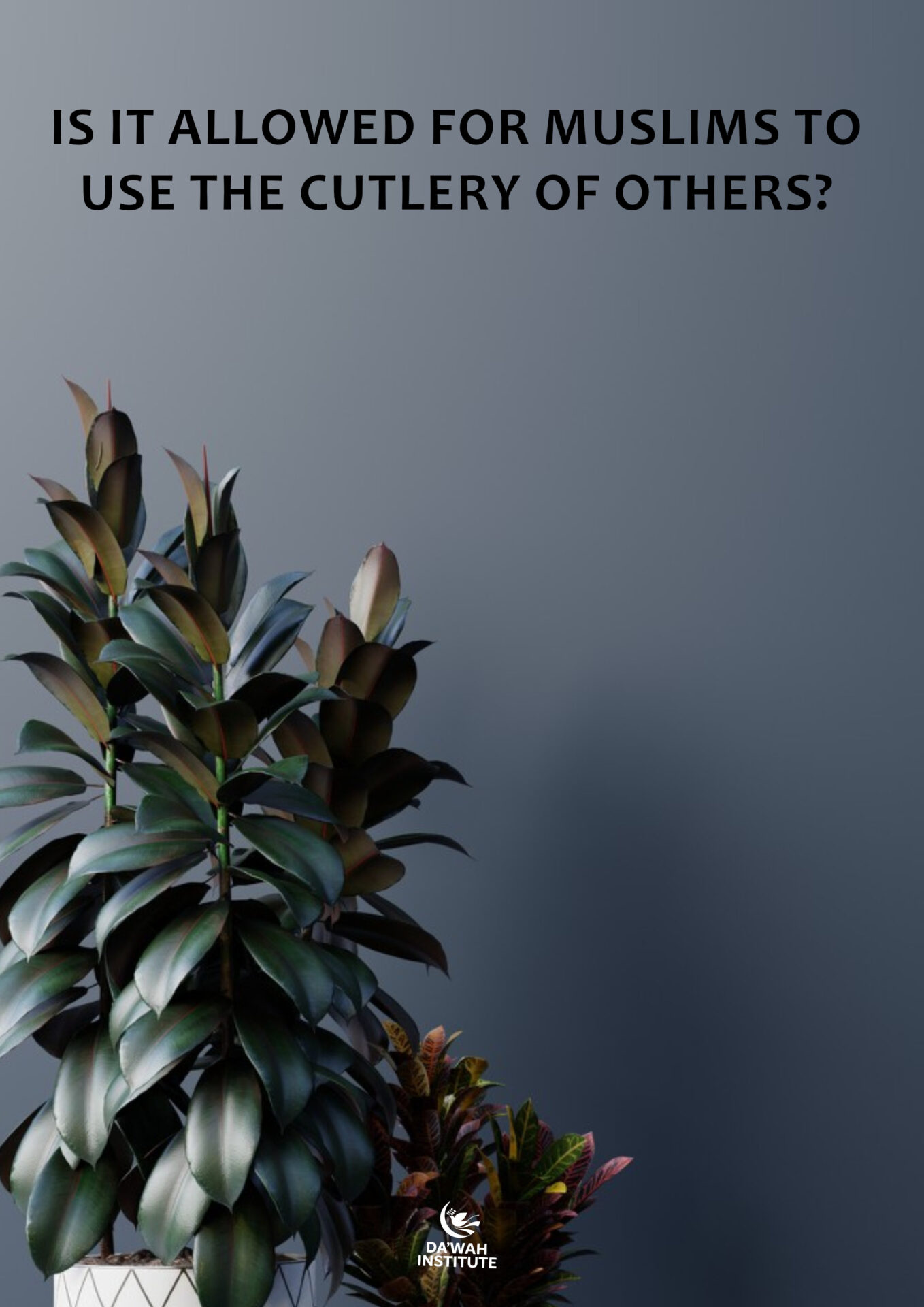 Some Muslims have claimed that it is prohibited to the use of eating utensils, kitchenware and cutlery that have been used by non-Muslims. So while eating their food may be regarded as permissible, the prohibition of using their utensils has sometimes created serious awkwardness, uneasy embarrassment, humiliation or inconvenience for both the hosts and guests. This could happen when Muslims accept invitations for meals from friends and family members of other faiths, or when they go to eat in public restaurants.

Is it really prohibited for Muslims to use the cutlery of others?

All Muslim scholars agree based on the Qur’an and Sunnah on the permissibility of eating the food of Ahl al-Kitab provided the food in itself is not impure or unlawful in Islam, such as carrion, blood, pork, wine, etc.[1]

However, in a hadith, Abu Tha’labah al-Khushani narrated that he said to Allah’s Messenger (p), “We come from a locality populated by the People of the Scripture (who were Christians); can we eat from their dishes? The Prophet (p) replied, ‘do not eat from them, unless you do not find anything else to eat with. In that case, wash these (utensils) and eat from them”.[2] In another version of the above hadith, the reason is given why the Prophet (p) forbade some of the Companions from using the (unwashed or inadequately washed) utensils of the Ahl al-Kitab of that particular locality. The version reads: “…and they (the Christians of that area) used to cook pork and drink wine”.[3]

This means that the Ahl al-Kitab referred to in the hadith concerned were Christians who used to cook pork and drink wine using their utensils.[4] This is the reason for the prohibition of using such utensils. If Muslims did not find other cleaner utensils to use, then they would wash and use these as taught by the Prophet (p).

The fact that the Prophet (p) and his Companions ate on numerous occasion from plates and utensils used by various non-Muslims which were clean, implies that the concern with the utensils is primarily that of cleanliness. In fact, when the Prophet (p) and his Companions ate from such plates, there is no record of him asking for a different plate or requiring that the plate be washed again by Muslims before use.

While this hadith has been understood by some to either discourage or prohibit the use of the utensils of non-Muslims, Ahmad bin Hanbal holds that such dishes are lawful to use even if it is known that they were formerly tainted by impurity.[5]

It is also narrated from Jabir who said, “We used to go on military expeditions with Allah’s Messenger (p), and acquire the dishes and drinking vessels of the polytheists. We would use these and did not consider doing so to be objectionable.”[7]

In addition, a verdict (fatwa) by the Standing Committee of Academic Research and Issuing of Fatwah (of Saudi Arabia) says: “…You are allowed to eat from what your Christian friend gives you, either in his house or anywhere else if you know that the food itself is not prohibited (haram) or if you are ignorant of its lawfulness. This is because the norm is that it is permissible until proven otherwise. The fact that the giver (of the food) is a Christian does not make it haram because Allah permits food of Ahl al-Kitab for us”.[8]

Muslims in the past did not, and those today are not expected to be moving around carrying their own utensils when visiting people of other faiths!

22.Using-Utensils-of-People-of-Other-FaithsDownload
« BRAVE TAN SHI HAUSA ESP 51
Should Non-Muslims be allowed in to a Mosques »