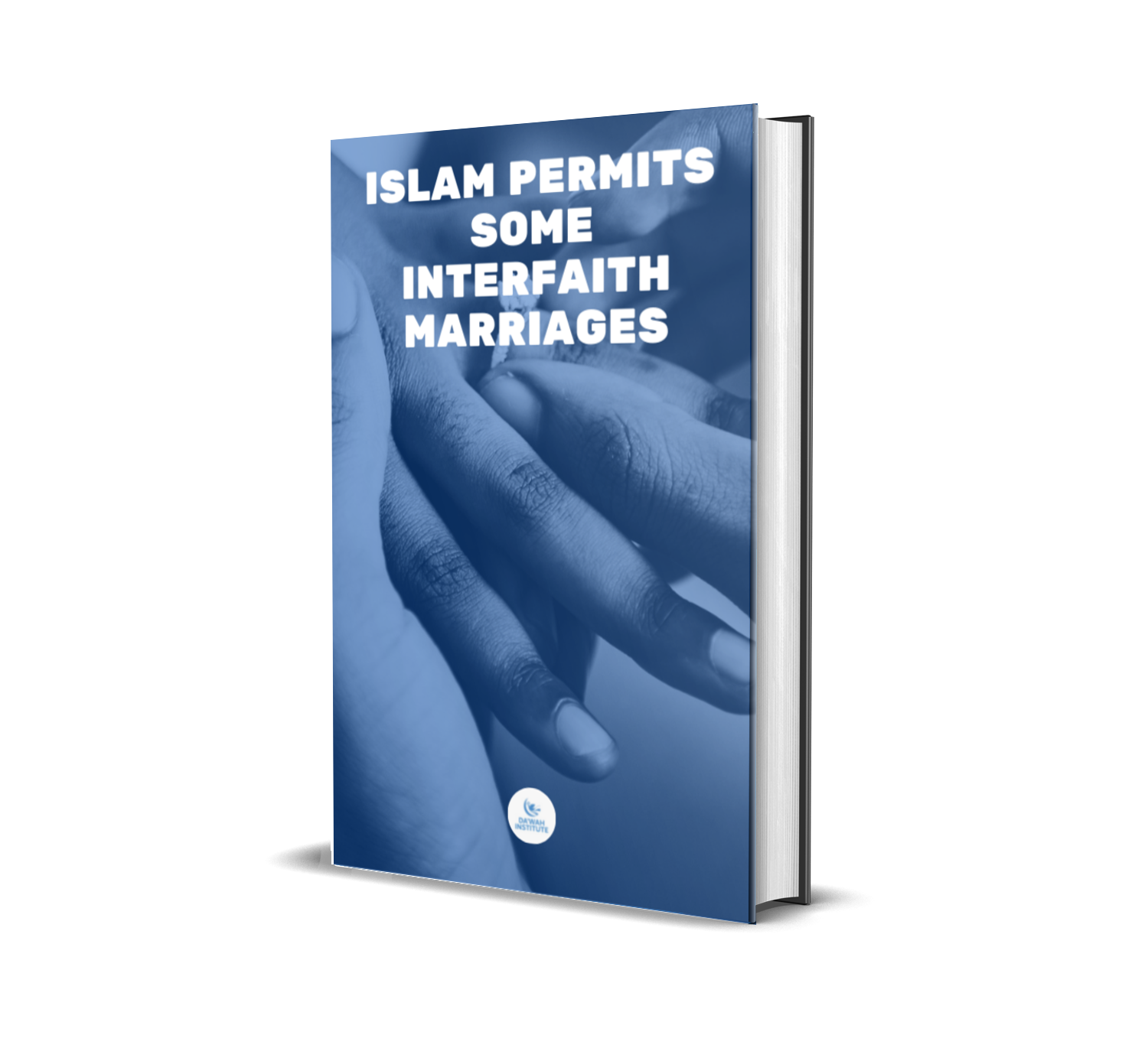 Islam permits a Muslim man initiating and having a relationship as close and intimate as that of marriage with a Christian or Jewish woman in spite of the difference in faith. It is narrated that despite having married Muslim women previously, the third Caliph, Uthman bin ‘Affan married a Christian woman Na’ila bint al-Furafisa, of the tribe of Kalb. Another companion, Talha bin Ubaid-Ullah also married a Jewish lady.[1]

Similarly, it was narrated that Hudhaifah bin al-Yaman married a Jewish lady. However, when Umar found out about it, he wrote to Hudhaifah asking him to divorce the woman. Hudhaifah wrote in reply that, “Is she haram (prohibited) for me (to be married to her)?” Umar replied: “No, but I fear that you may take the immoral ones among them”.[2] In another version of this hadith, Umar also added in his reply that his objection was tied to the fact that such marriages were not in the best interest of Muslim women who are in need of getting married to Muslim men, and could therefore be left at a disadvantage.[3]

Allah says in Qur’an 5:5, “… (Lawful unto you in marriage) are (not only) chaste women who are believers, but (also) chaste women among the People of the Book, revealed before your time, – when you give them their due dowers, and desire chastity, not lewdness, nor secret intrigues…”

“And among His Signs is this, that He created for you wives from among yourselves, that you may find repose in them, and He has put between you affection and mercy. Verily, in that are indeed signs for a people who reflect.” (Qur’an 30:21)

Imam Ibn Jarir al-Tabari, in his commentary on Qur’an 5:5 above asserts that Muslim men are permitted to marry chaste Christian and Jewish women, whether they are Arabs or not.[4]

The explicit permissibility of such interfaith marriages, and its subsequent practice by the Companions is testimony to a number of things. Firstly, it is proof that Islam allows genuine friendship with non-Muslims, for marriage is one of the strongest and most intimate form of human relationship, which the Qur’an characterizes as a relationship of “tranquillity” and “mutual love and mercy” (Qur’an 30:21) – qualities that also characterize close friendship.

Secondly, it is proof that the Prophet (p) and the earliest Muslims, along with the classical scholars of Islam, recognized that difference in faith was not a justifiable basis for withholding love, affection, respect, compassion, intimacy, friendship and cooperation. Thirdly, it is proof of the interest of Islam to keep the door open to interfaith engagement and building human relationships across the boundaries of religion.[5]

Therefore, this narrative as well as the Qur’anic verses above counter the arguments made by some Muslims that Islam is against friendliness and harmonious relationships between Muslims and people of other faiths. It also counters the position held by some that Muslims are supposed to be in a perpetual state of hostility and warfare with others. On the contrary, the evidence above shows that Muslims are encouraged to live in peace and prosperity, as neighbours and even as family members with non-Muslims, as long as they are not hostile, aggressive or oppressive.[6]

[5] It is noteworthy that this fact is not diminished by the position held by most Muslim scholars that interfaith marriage is only permissible for Muslim men but not for Muslim women. The wisdom behind this is usually associated with the fact that an Islamic court has limited jurisdiction over the responsibilities of a non-Muslim husband.

[6] While such interfaith marriages are originally permissible, many Muslim scholars, depending on their contexts, have discouraged or even prohibited them due to the often negative impact and consequences of such marriages. The positions of Islamic jurisprudence on interfaith marriages is not the subject of this discussion. For more on this, see: Da’wah Institute of Nigeria, Muslim Relations wwith Christians, Jews and Others, Islamic Eduation Trust, Minna, Nigeria, 2018, p.58-62; Yusuf al-Qaradawi, The Lawful and Prohibited in Islam, IIFSO, Kuwait, 1992, pp. 184-186.