PEACEBUILDING FROM THE LIFE OF THE PROPHET (p) AND HIS COMPANIONS 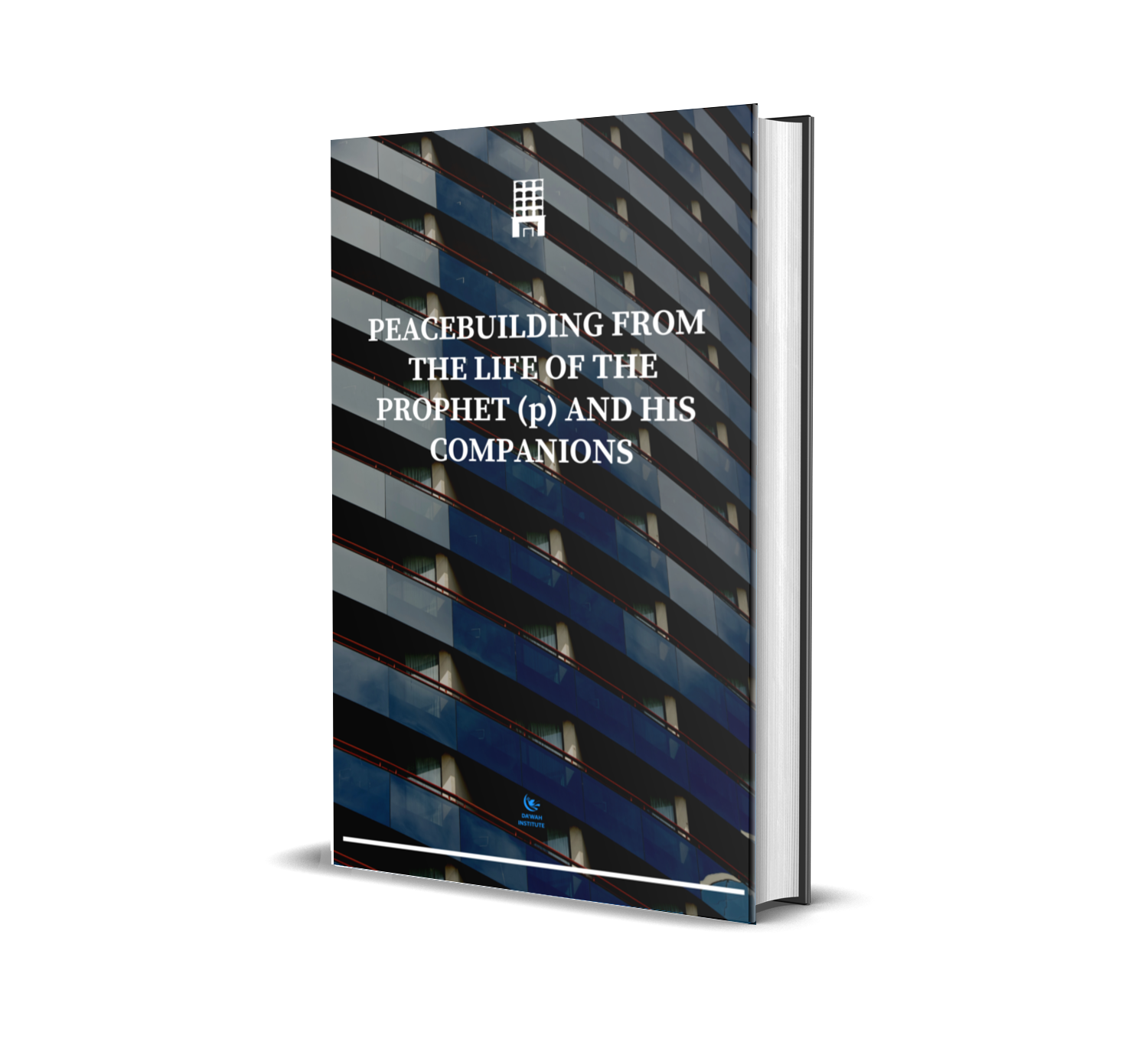 It is narrated on the authority of Jabir bin ‘Abdullah: “There passed a bier (funeral procession) and the Prophet (p) stood up for it and we also stood up along with him. We said: Messenger of Allah (p), that was the bier of a Jewish lady. Upon this he remarked: Verily, death is a matter of bewilderment, so whenever you come across a bier, stand up!”[1]

Also, the Prophet (p) was reported to have stood up when a funeral procession of a Jewish man went by. When asked by his companions why he would stand up for a dead Jewish man, he answered with a rhetorical question, “But is he not a soul?”[2]

“And We have certainly honoured the children of Adam and carried them on the land and sea and provided for them of the good things and preferred them over much of what We have created, with [definite] preference.” (Qur’an 17:70)

Ibn Hazm said: “We encourage standing for the bier if a person sees it even if it is the funeral of an unbeliever, until it passes by him or is placed upon the ground, and if he does not stand, there is no sin.”[3]

The Prophet’s response, ‘But is he not a soul?’ calls attention to the fact that that this unknown person of another faith was worthy of a respectful gesture from God’s last and noble Prophet (p) simply because he was a human being.

Scholars have differed over the ruling of standing as mentioned by Imam al-Nawawi. Some said that it has been abrogated due to a narration from Ali,[4] while others maintain that it is recommended. Imam Al-Nawawi concludes that standing is the preferred position, and so the command to stand for it is for recommendation; while sitting is in order to clarify the permissibility (of sitting).[5]

The implication of this narrative is that everybody deserves a certain level of respect, at least for being a human. Thus, irrespective of a person’s religion, and whether the person is alive or dead, everyone is worthy of a respectful gesture.

This narrative therefore negates the position of those who argue that people of other faiths are unworthy of any regard. If the Prophet had considered a dead non-Muslim worthy of respect, then a living non-Muslim is worthy of even more respect.

[2] Sahih al-Bukhari, vol.2, hadith no.399, in Alim 6.0; also recorded in Al- Tirmidhi, an-Nasa’i, hadith no.1924 & 1928; See other similar instances cited in Ali Mohiuddin Al-Qaradaghi, We and the Other: Substantiating the basis of the Ideal Relation between Muslims and Non-Muslims in Light of the Islamic Jurisprudence, (Transl. Syed Bashir Ahmad Kashmiri), Kuala Lumpur, 2015, p.197-168.

[4] It was narrated by Ali that, ‘standing for janazah was mentioned until it is lowered into the grave’. Then Ali said, ‘the Prophet (p) stood for janazah, then later, he sat down.’ (Sunan al-Tirmidhi, hadith no.1044).