Saying Salams (Greetings of Peace) to People of Other Faiths 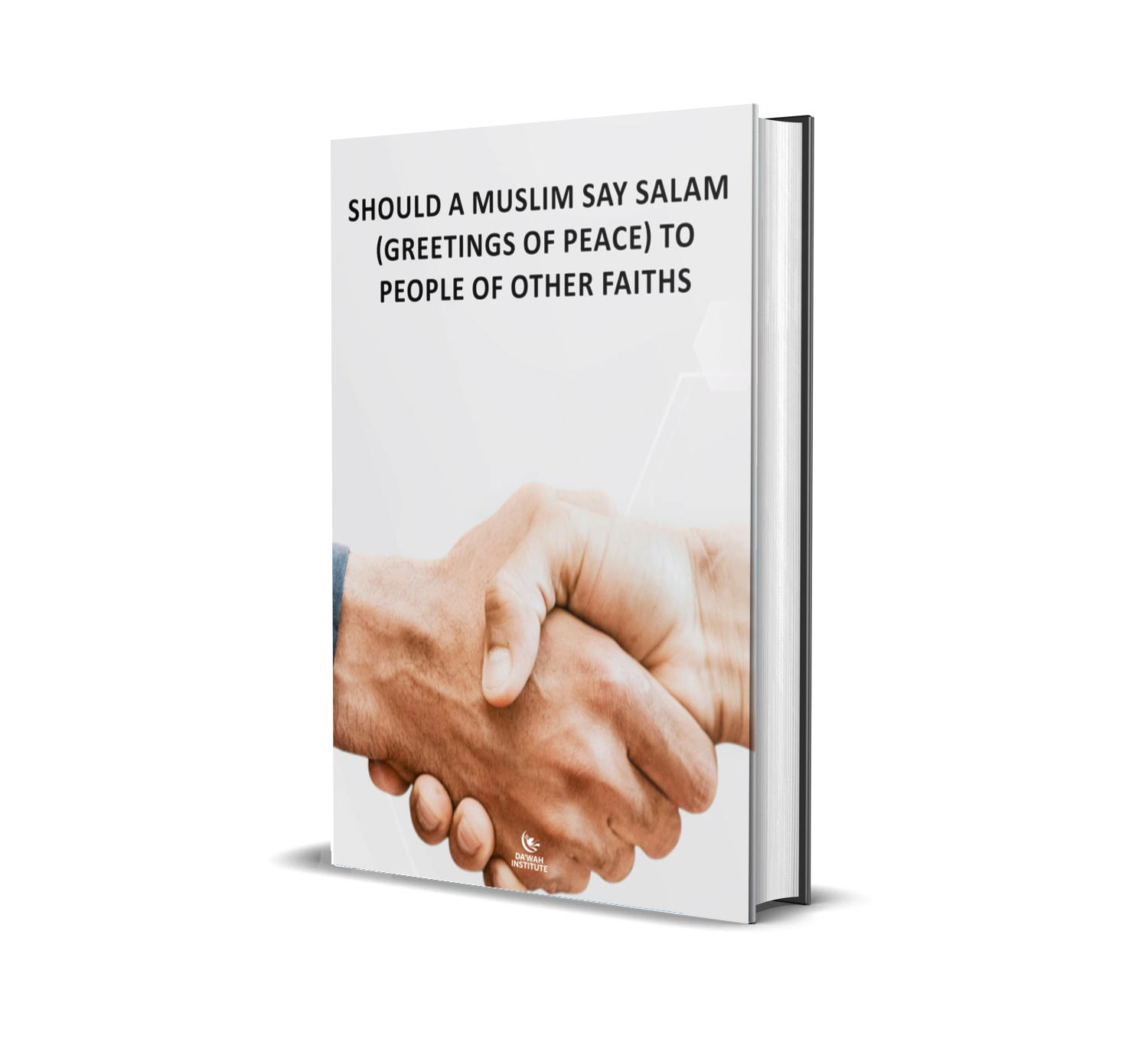 Most greetings and pleasantries are customary forms of expressing goodwill and facilitating introductions and conversations. They often set the tone for the quality of interpersonal relations and dialogue. The traditional Islamic greeting which Muslims are taught is to wish peace (salam) on others – “Assalamu alaykum” (meaning “peace be with you”). Some Muslim scholars regard it as prohibited for Muslims to use such greetings (of peace) with people of other faiths.

Can a Muslim greet non-Muslims with “Assalamu alaykum” (meaning “peace be with you”) or reply with the similar greeting of peace (“wa ‘alaykum salam”)?

Regarding initiating salam to Ahl al-Kitab (and other people of other faiths), Muslim scholars have differed based on their understanding of the various texts related to greetings.[1] While most scholars have concluded that responding to the greetings of peace is compulsory, they differed on the initiating of such greetings and on their wordings.[2]

The Qur’an (24:27) says: “O you who believe, do not enter houses other than yours without first announcing your presence and invoking peace (saying salaam) upon the folk thereof. That is better for you, that you may be heedful”. See also Qur’an 25:63, 43:88-89, 28:55, etc.Likewise, in an authentic hadith, the Prophet (p) was once asked: “What aspect of Islam is among the best?” He replied, “Giving food (to the needy) and saying salam to those you know and those you don’t know.”[3] In another hadith, the Prophet (p) also said: “Spread the greeting of peace!”[4] These texts appear to be general in their meaning and not restricted to greetings with Muslims only.

Conversely, some scholars have quoted certain hadiths – such as “Do not initiate the greeting of ‘Peace’ (salam) with the Ahl al-Kitab (People of the Book)” [5] – to say that Muslims may not initiate the greetings of peace (salam) to people of other faiths. This hadith however was narrated on a specific occasion where the Prophet (p) was ordering the Muslims to attack the Ahl al-Kitab (Jews) of Banu Qurayzah who had treacherously broken their treaty with the Muslims and tried to collaborate with the polytheist of Mecca to wipe out the Muslims in Medina during the Battle of the Trench (Khandaq).[6] The Prophet (p) is reported to have said in a fuller version of the hadith: “We are going forth in the morning against a group of Jews, so do not initiate the greeting of ‘Peace’ with them”.[7]The context of the hadith was apparently specific to a hostile group of Jews (“Ahl al-Kitab” of Banu Qurayzah) and not to all non-Muslims.

It was reported that Abu Umamah Al-Bahily used to say “salam” (greetings) to whoever he passed by, Muslim or non-Muslim, and used to say, “It is a greeting for the people of our religion, and an assurance of security to our non-Muslim citizens, and a Name among the Names of Allah (Al-Salam) we spread among ourselves”.[8] The notable companion of the Prophet (p), Abdullah bin Mas’ud once said the greetings of salam to a non-Muslim. When asked: “Are we not warned against initiating salam with them?” He replied: “It is a right of companionship.”[9] According to Imam Awza’i: “If you say salam (to the non-Muslims), then surely (some) pious people did the same, and if you don’t, indeed, (some) pious people did not either.”[10]

Regarding responding to greetings, the general teaching of the Qur’an (4:86) is that “…when you are greeted with a greeting (of peace), greet (in return) with one which is better than it or (at least) return it (in like manner). Indeed, Allah is ever taking account of all things”. In other words, Muslims must always try and respond to the greetings of others with something better. Commenting on this verse, Ibn Kathir reported Al-Hasan Al-Basri as saying: “Initiating the salam is voluntary, but replying to the greeting of salam is compulsory”.[11]

There are however some hadiths in Bukhari and Muslim that show that some of the Jews of Medina would insult Muslims by saying “As-Saamu alaikum” which actually means “death be upon you”. In a hadith narrated by Abdullahi bin ‘Umar, Allah’s Messenger (p) said: “When the Jews greet you, they usually say, ‘As-Saamu alaikum’ (Death be on you), so you should say (in reply to them), ‘wa ‘alaikum’ (And on you too).”[12] This is the context of why the Prophet (p) said Muslims should reply what may sound like the greetings of peace, with “and on you too (wa alaikum)” as a way of ending the habitual insult which had the potential of worsening relations.

Ibn Mas’ud said: “Even if Pharaoh (Fir’aun) said good words to me, I would respond to him with similar (good words).”[13] The late scholar and Mufti of Saudi Arabia, Sheikh Abdul-Aziz bin Baaz is also reported to have said: “If a non-Muslim greets us, we respond in the same manner that he/she greets us with. So if one (of the non-Muslims) says: ‘As-salamu ‘alaikum’ clearly when greeting us, we respond by saying ‘wa alaikum salam’…”[14]

As greetings belong to the category of mundane social transactions (mu’amalat) and not prescribed worship (ibadah), the general rule is that “everything in greeting is permissible except what is prohibited” by clear and explicit textual evidence of the Qur’an or Sunnah, or if it contradicts definite objectives of Shari’ah.[15]

In Qur’an 60:8 we are reminded: “Allah does not forbid you in respect of those who do not fight you because of your religion and do not expel you from your homes – from being righteous and dealing justly towards them. Indeed, Allah loves those who act justly”.