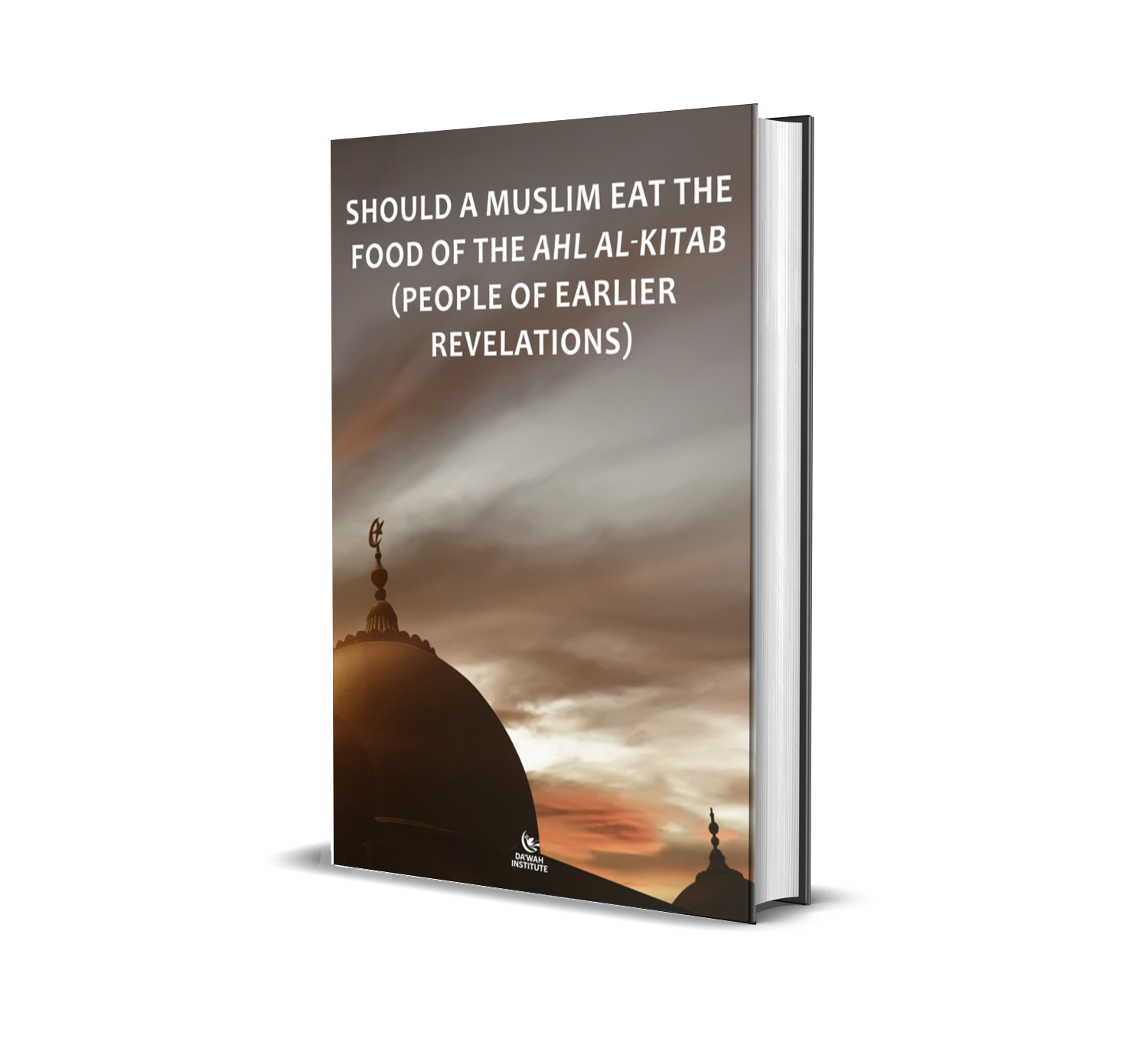 Does Islam prohibit Muslims from eating the food and meat of others, including the “People of the Book” such as Jews and Christians?

Regarding eating the food of Ahl al-Kitab generally, Muslims have not been prohibited from eating non-meat foods that are prepared by people of other faiths (including polytheists, atheists, etc.) such as fruits, vegetables, and other plant products.[1] Islam has also not prohibited the consumption of fish, milk, eggs and other similar dairy products that might have been prepared by such people of other faiths.[2]

Anas ibn Malik narrated that: “Allah’s Messenger (p) had a neighbour who was Persian [a Zoroastrian], and he was an expert in the preparation of soup. He prepared (soup) for Allah’s Messenger (p) and then came to him to invite him (to a meal)… Then he accepted his invitation, and both of them (the Prophet (p) and Aisha) set out and went to his house.”[3]

Regarding eating the meat slaughtered by Ahl al-Kitab, Allah says, “This day (all) the good things are allowed to you, and the food of those who have been given the Book is lawful for you and your food is lawful for them…” (Qur’an 5:5)

The point here is that this verse (Qur’an 5:5) comes to settle the issue of the slaughtered animals of the People of the Book, in view of the fact that it has already been mentioned in Qur’an 5:3, that: ‘Forbidden to you are the flesh of dead animals and blood and the flesh of swine,and that which has been dedicated to any other than Allah.” Hence, other foods of the Ahl al-Kitab, besides slaughtered animals remain lawful (halal) in the absence of any evidence justifying their prohibition. This is in accordance with the general principle that “the original premise of all things is permissibility”.[7]

It has been reliably reported that the Prophet Muhammad (p) and his Companions ate food, including meat, slaughtered and prepared by Jews and Christians.[8]

For example, Anas bin Malik reported that, while the Prophet (p) was in Khaybar, a Jewish lady by the name Zaynab bint al-Harith brought a roasted sheep for him and his Companions. He ate it, and then realized that it was poisoned…”[9] This hadith clearly exemplifies the permissibility of eating the food or slaughtered animals of the People of the Scriptures (Christians and Jews).

Ibn ‘Aa’idh in Futooh al-Shaam narrates that, “When Umar came to Syria, the Christians made food for him and called him, and he said: “Where is it?” They said: “In the church”, and he refused to go. He said to Ali: “Take the people to eat lunch.” So Ali took the people and entered the church, and he and the people ate lunch, and Ali looked at the images and said: “What would be wrong if the Amir al-Mu’minin (Umar bin al-Khattab) entered this place?”[10]

What has been prohibited (haram) is the consumption of animals that are sacrificed as offerings to idols, or “dedicated to any other than Allah” (Qur’an 6:121). The Qur’an (2:173, 16:115)[11] also prohibit Muslims from consuming unclean things such as the flesh of carrion, blood, the flesh of swine (i.e. pig meat).[12] Muslims are also forbidden from eating animals that have been killed in cruel ways, such as by being clubbed or beaten to death, by being strangled, or by being made to fall from a height, etc. (Qur’an 5:3). Most contemporary scholars in this field have also approved of more humane and less painful methods of slaughtering animals that involve stunning or electrocution before slaughtering.[13]

In addition, Allah says, “This day (all) the good things are allowed to you; and the food of those who have been given the Book is lawful for you and your food is lawful for them; and the chaste from among the believing women and the chaste from among those who have been given the Book before you (are lawful for you); when you have given them their dowries, taking (them) in marriage, not fornicating nor taking them for paramours in secret; and whoever denies faith, his work is indeed of no account, and in the hereafter he shall be one of the losers.” (Qur’an 5:5) The fact that the verse above permits a Muslim to marry a chaste woman from among the People of the Book, such as Jews and Christians, implies that Muslim and non-Muslim families are going to live and dine with each other.

Based on a number of hadiths and opinions of the Companions of the Prophet (p), Muslim scholars have however disagreed on a number of details regarding eating an animal killed by non-Muslims.[14] They disagreed for example on whether non-Muslims should comply with the Islamic rules of slaughtering animals in a more merciful way – such as with a sharp knife to the neck, etc. – instead of other more painful methods, and on whether Allah’s name must be mentioned (as recommended by Qur’an 6:121) when they slaughter their animals, and on whether it is permissible to eat an animal slaughtered for their festivals such as Christmas.[15] Some regarded these as all permissible[16] while others did not.[17]

The companion, Ali bin Abu Talib said: “If you hear a Jew or Christian mentioning other than Allah (on their animal) do not eat it. If you did not hear them mentioning other than Allah on it, eat it because Allah has permitted their animal for us and He knows what they utter”.[18] Based on this and other pieces of evidence, many respected Muslim scholars are of the opinion that a Muslim is also not required to inquire into how an animal was slaughtered nor what was mentioned or not mentioned when it was being slaughtered.[19]

« Greetings for Religious Festivities – Merry Christmas, Happy Easter!
ARE MUSLIMS ALLOWED TO EAT FOOD FOR RELIGIOUS FESTIVITIES SUCH AS CHRISTMAS OR EASTER »