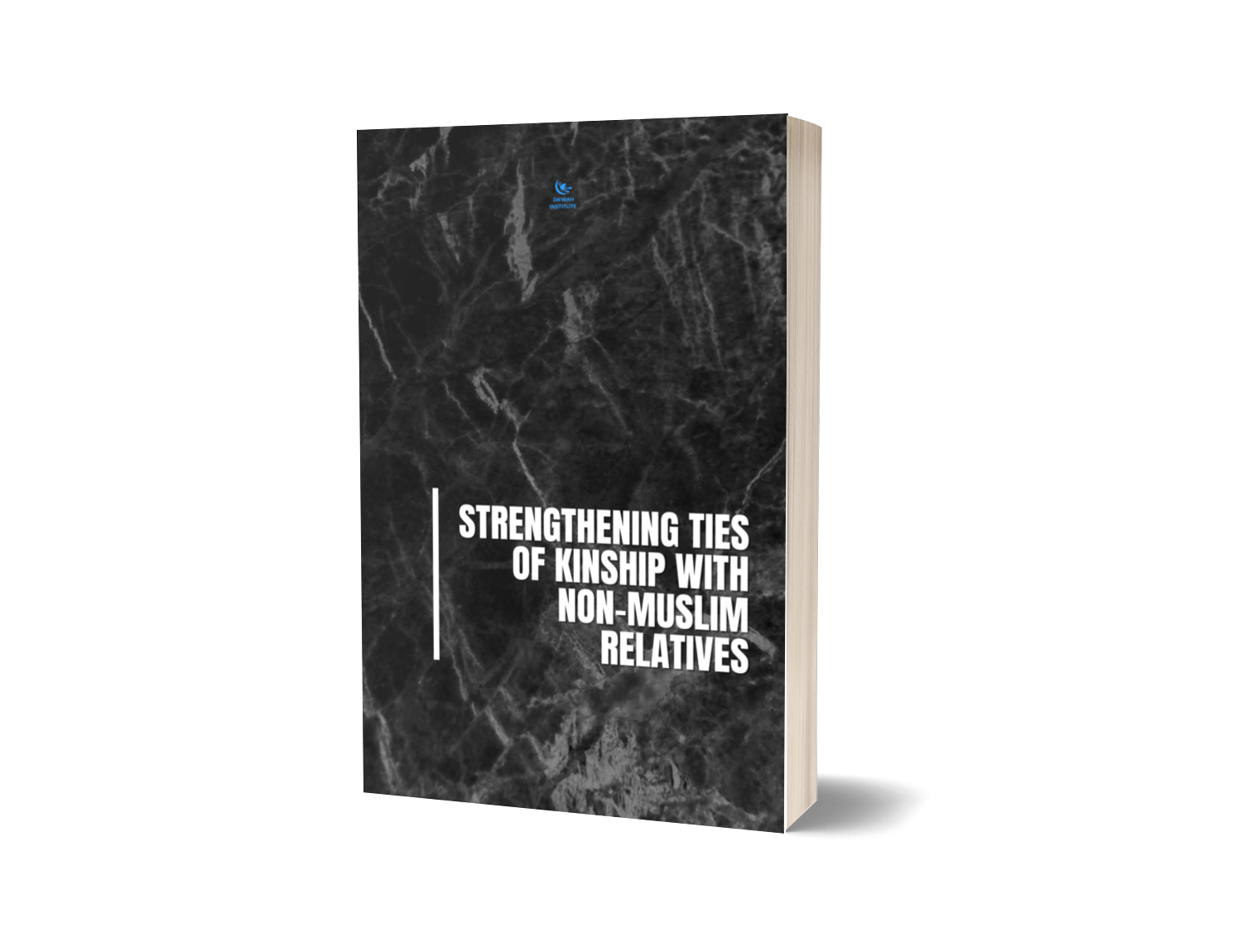 “As for such (of the unbelievers) who do not fight against you on account of (your) faith, and neither drive you forth from your homelands, God does not forbid you to show them kindness and to behave towards them with full equity: for verily, God loves those who act equitably.” (Qur’an 60:8)

Umar bin Khattab said, ‘I heard the apostle of Allah say, “an oath or vow to disobey the Lord (Allah), or to break ties of relationship, or about something over which one has no control, is not binding on you.”[8]

Abu Hurayrah reported that a person said to the Prophet Muhammad (p), “I have relatives with whom I try to have close relationship, but they sever (this relation). I treat them well, but they treat me ill. I am sweet to them but they are harsh towards me.” Upon this he (the Prophet (p)) said, “If it is as you have said, then you in fact throw hot ashes (upon their faces), and there would always remain with you on behalf of Allah (an Angel to support you) who would keep you dominant over them so long as you adhere to this (path of righteousness).”[9]

Abdullah bin ‘Amr reported that the Prophet (p) said, “Al-Wasil is not the one who recompenses the good done to him by his relatives, but Al-Wasil is the one who keeps good relations with those relatives who had severed the bond of kinship with him.”[10]

According to Ibn ‘Uyainah, it was on the occasion of the above-mentioned case of Asma and her mother that the Qur’an verse 60:8 was revealed, “As for such (of the unbelievers) as do not fight against you on account of (your) faith, and neither drive you forth from your homelands, God does not forbid you to show them kindness and to behave towards them with full equity: for verily, God loves those who act equitably.”[11]

Asma’s mother, Qutaylah was a polytheist from the hostile polytheists of Mecca when she came to visit her daughter. Asma’s hesitation about admitting her mother into her home might be tied to the history of their relationship, or a concern for the safety of her father Abu Bakr and her husband Zubayr bin al-Awwam, both of whom were important figures within the Muslim community.[12]

Despite this concern, the Qur’anic verse and Prophet’s (p) statement still encouraged Asma to show hospitality and kindness to her mother, when he said, “keep good relations with her”.

Another version of the hadith as related by Abu Dawud reads: “My mother came to me ragibah (i.e., demanding) during the period of Quraish, then, she ragimah (disliked – Islam) and she was a Mushrikah (polytheist)”. Imam Nawawi commented on the above hadith that, ‘Al-Qadi said: Ragibah means that she is yearning and seeking for my kinship, while ragimah means she disliked Islam and hated it.’ Then al-Nawawi said: this implies the permissibility of tying the kinship of a polytheist relative”.

Imam al-Bukhari mentioned this hadith under the chapter titled: “Giving Presents to Al-Mushrikun (Polytheists)”; and Imam Badr al-Din al-‘Ayni said while commenting on this hadith: “Maintaining ties of kinship with closely related people becomes permissible if there has not been betrayal, even if they are not Muslims.”[13]

This narrative shows the permissibility of maintaining good relations, exchanging gifts, and being kind to non-Muslims. Thus, maintaining ties of kinship is something that should be actively pursued, irrespective of the difference in faith.  It also negates the opinion of those who claim that Muslims are not supposed to interact with people of other faiths in a generous and friendly manner.

[12]Omar Suleiman and Mohammad Elshinawy, How the Prophet Muhammad Rose Above Enmity and Insult, Yaqeen Institute for Islamic Research, 2016, p. 29.