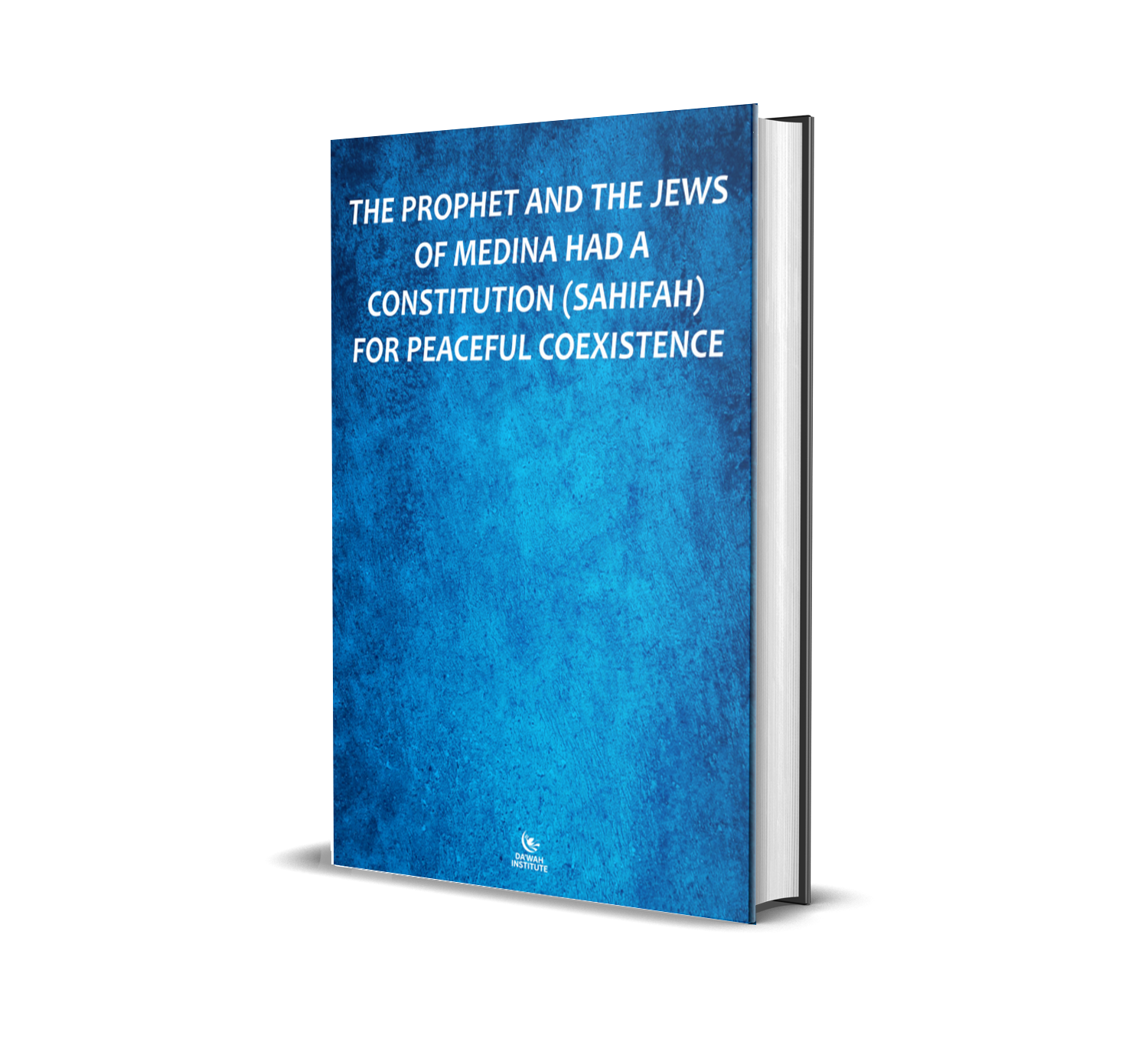 Even before the arrival of Prophet Muhammad (p), Yathrib, the ancient name of Medina, was already home to the polytheist Arab tribes/clans of Aws and Khazraj, as well as the Jewish clans of Banu Nadir, Banu Qaynuqa, Banu Qurayzah and other smaller tribes. Partisanship and tribal sentiments dominated the Jewish tribes so much so that they could not be united to live together as one religious group. The Aws and the Khazraj were also usually at loggerheads, but after the Battle of Bu’ath which occurred five years before the Prophet’s (p) migration to Medina (the Hijrah), they decided to reconcile their differences. Many of these Arabs accepted Islam even before the Prophet’s (p) arrival in Medina.

On arriving in Medina after his migration from the persecution of the polytheist Quraysh in Mecca, the Prophet (p) already possessed a symbolic and political power that none of the city’s inhabitants could ignore.[1] Therefore, the Prophet (p) naturally assumed leadership of the city, consented to by all. Due to the multireligious nature of the city, the Prophet (p) and the Jews developed and agreed to a constitution which would ensure peaceful coexistence and mutual respect of rights between Muslims and Jews. Some relevant provisions of the constitution are the following[2]:

“…24. The Jews shall contribute to the cost of war as long as they are fighting alongside the believers.

25. The Jews of Banu ‘Awf are one community with the believers. The Jews will profess their religion, and the Muslims theirs.

37a. The Jews shall be responsible for their expenditure, and the Muslims for theirs. Each must help the other against anyone who attacks the people of this document. They must seek mutual advice and consultation, and righteousness is a protection against sinfulness.

39. Yathrib shall be a sanctuary for the people of this document

40. A stranger under protection shall be considered as his host doing no harm and committing no harm.

42. Should any disagreement arise between the signatories to this treaty, then Allah, the All-High and His Messenger (p) shall settle the dispute

43. The signatories to this treaty shall boycott Quraish commercially; they shall also abstain from extending any support to them.

44. Each shall contribute to defending Yathrib, in case of a foreign attack, in its respective area.

47. This deed will not protect the unjust and the sinner. The man who goes forth to fight is safe, and the man who stays at home in the city is safe, unless either has been unjust and sinned. God is the protector of the righteous and the God-conscious, and Muhammad (p) is the Apostle of God….”[3]

The relationship of Muslims with Jews as mentioned in the constitution (sahifah) is in line with the ruling of the Qur’an verse[4] where Allah says: “As for such (of the unbelievers) as do not fight against you on account of (your) faith, and neither drive you forth from your homelands, God does not forbid you to show them kindness and to behave towards them with full equity: for verily, God loves those who act equitably.” (Qur’an 60:8)

Allah also said: “O you who Believe… Help you one another in virtues (Al-Birr) and righteousness (Al-Taqwa); but do not help one another in sin and transgression. And fear Allah. Verily, Allah is Severe in punishment.” (Qur’an 5:2)

“O you who Believe, be persistently standing firm for Allah, witnesses in justice, and do not let the hatred of a people prevent you from being just. Be just; that is nearer to righteousness. And fear Allah; indeed, Allah is acquainted with what you do.” (Qur’an 5:8)

The Prophet (p) said, “Muslims must stand by the terms of their contracts.”[5]

The Prophet’s (p) attitude towards the Jews from the moment he arrived in Medina teaches the general framework of the expected relationship between Muslims and non-Muslims. The Prophet (p) did not force anyone to convert, either in the early or later part of his leadership of the city-state of Medina. He instead m­­ade it clear that he wanted relations within the new society to be egalitarian.

The Prophet (p) did not resort to politicking, subjugation or humiliation of the Jews, rather, he stipulated that they fully and equally belonged to the local community (ummah), as it is clearly stated in the Sahifah.

Also, it shows that difference in religious affiliation does not in any way overrule the fundamental Islamic principles of mutual recognition and respect, as well as justice before the law or in the settlement of disputes between individuals and/or groups. Therefore, even where conflicts may occur with other groups, the inalienable principles of respect and justice remain, and it is required that Muslims should not yield to blinding passions and hatred.[7]

This narrative therefore contrasts the notion that Muslims and people of other faiths cannot peacefully live together in a geographical entity. It rather teaches otherwise, and even demonstrates that non-Muslims are not to be treated unfairly simply on account of their faith.

[3] Akram Diya al ‘Umari, Madinan Society at the Time of the Prophet, (Translated by Huda al-Khattab), IIIT, Virginia, USA, vol. 1, pp.107 – 110. See the Appendix at the end of this book for the Full Text of the Madinan Charter.