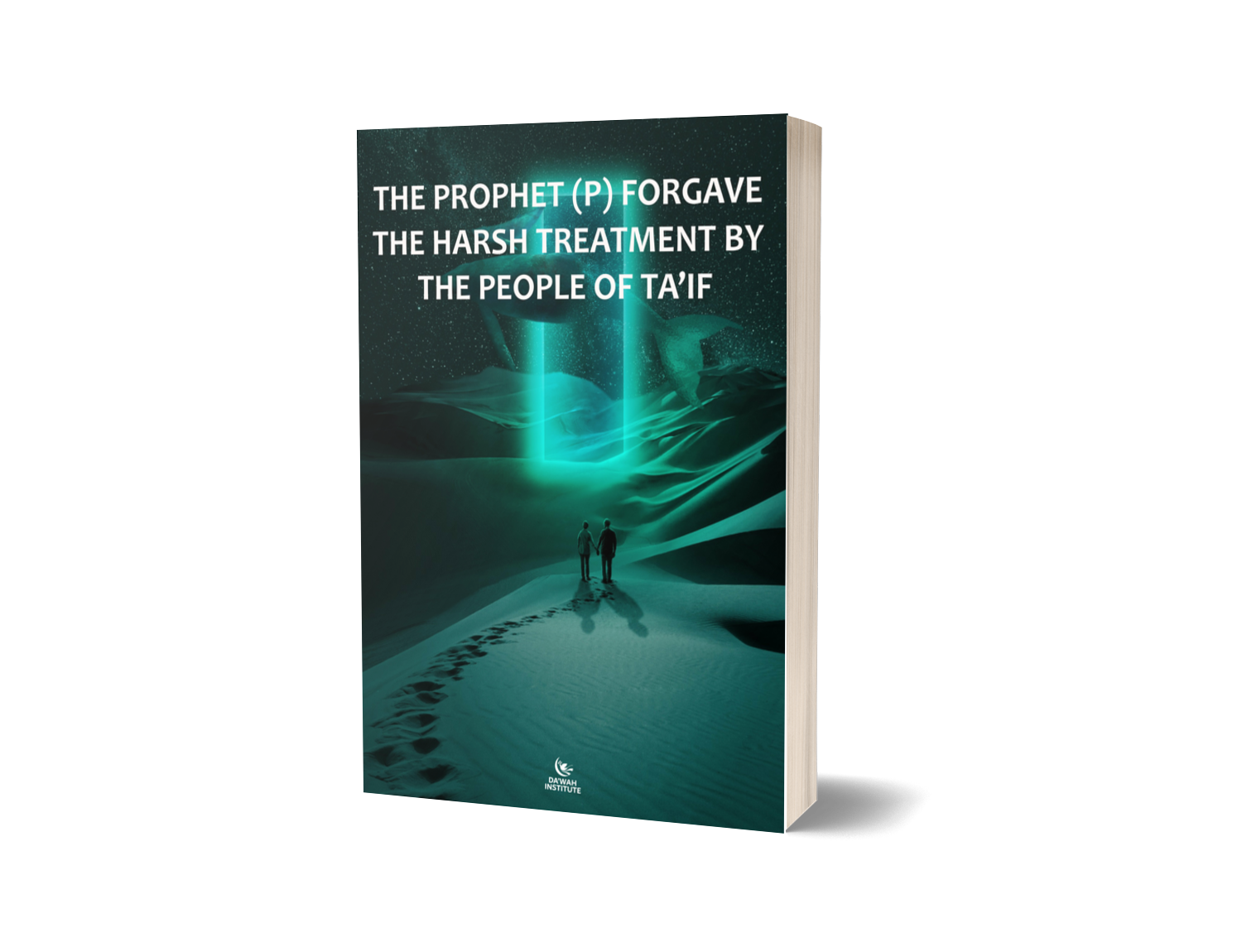 Ten years after receiving his mission from Allah, the Prophet (p) set out towards al-Taif, about 60 kilometers from Mecca, in the company of his freed slave Zaid bin Haritha. He approached the noblesse among the people of the town and called them to Islam, but contrary to his expectation, they all turned a deaf ear to his message. After spending ten days in Tai’f without any success at his mission, he decided to return to Mecca. As the Prophet (p) and Zaid headed back to Mecca, they were teased, humiliated and stoned by the youths of Ta’if to the extent that blood flowed down the Prophet’s (p) legs. The persecution that he and his followers were experiencing at the hands of the polytheist Quraysh, coupled with the hostility and rejection by the people of Ta’if, overwhelmed the Prophet (p) greatly.[1]

This sad incident was described by the Prophet (p) himself in an authentic hadith. He said: “…I departed, overwhelmed with excessive sorrow, and I could not relax until I found myself at a tree where I lifted my head towards the sky to see a cloud shading me. I looked up and saw Gabriel in it. He called me saying: Allah has heard your people’s saying to you and how they have replied, and Allah has sent the Angel of the Mountains to you that you may order him to do whatever you wish to these people. The Angel of the Mountains greeted me and he said: O Muhammad, order what you wish, and if you like, I will let the mountains fall on them.” The Prophet (p) said, “No, rather I hope that Allah will bring from their descendants people who will worship Allah alone without associating partners with him.”[2]

“And verily, whosoever shows patience and forgives, that would truly be from the greatest of (good) deeds.” (Qur’an 42:43)

“Tell all who have attained to faith that they should forgive those who do not believe in the coming of the Days of God, [since it is] for Him [alone] to requite people for whatever they may have earned.” (Qur’an 45:14)

Aishah said that, “The Prophet (p) never retaliated for a wrong done to him (personally). He only would allow a retaliation for the breaking of Allah’s law.”[3]

This shows that whenever the Prophet (p) was the only victim of the wrong done, he preferred forgiveness over justice. However, whenever Allah’s law is broken or the wrong done is to someone else (or the community), he would stand for justice and allow the victim the choice of justice, forgiveness alone, or forgiveness with additional goodness (ihsan).

Mahdi Rizq al-Allah Ahmad commented on the incident of the Prophet (p) in Ta’if saying, “The patience of the Prophet (p) with those who opposed him reached its peak. Despite the ill-attitude of the people of Ta’if towards him, he did not invoke Allah to punish them, instead he invoked Him to guide them…”[4]

Ibn Hajar also comments that, “This hadith demonstrates the kind-heartedness of the Prophet (p) on his people, his extreme patience and forbearance. This is in line with the verse of the Qur’an that reads, ‘So by mercy from Allah, [O Muhammad], you were lenient with them. And if you had been rude [in speech] and harsh in heart, they would have disbanded from about you. So pardon them and ask forgiveness for them and consult them in the matter. And when you have decided, then rely upon Allah. Indeed, Allah loves those who rely [upon Him]’[5] and ‘And We have not sent you (O Muhammad (p)) except as a mercy for the worlds’[6].”[7]

This narrative shows that despite the fact that the people of Ta’if insulted, humiliated, abused, and acted violently and inhospitably against the Prophet (p); he bore it all with patience and forgave the perpetrators. In addition, despite having the power to punish and annihilate them, he instead prayed to Allah not to punish but to guide them.

He looked beyond the difficult and painful situation he was in, and was optimistic that the youth in particular may be guided aright by Allah, even though the leadership and the youth were currently united against him.

This prophetic example therefore calls for looking beyond the present, and finding the good in others, even in difficult circumstances.

« THE PROPHET (P) CONDEMNED THE KILLING OF CIVILIANS, EVEN DURING WAR
FORGIVENESS, TOLERANCE AND MAGNANIMITY »