THE PROPHET (P) PARDONED THE BEDOUIN WHO WANTED TO KILL HIM 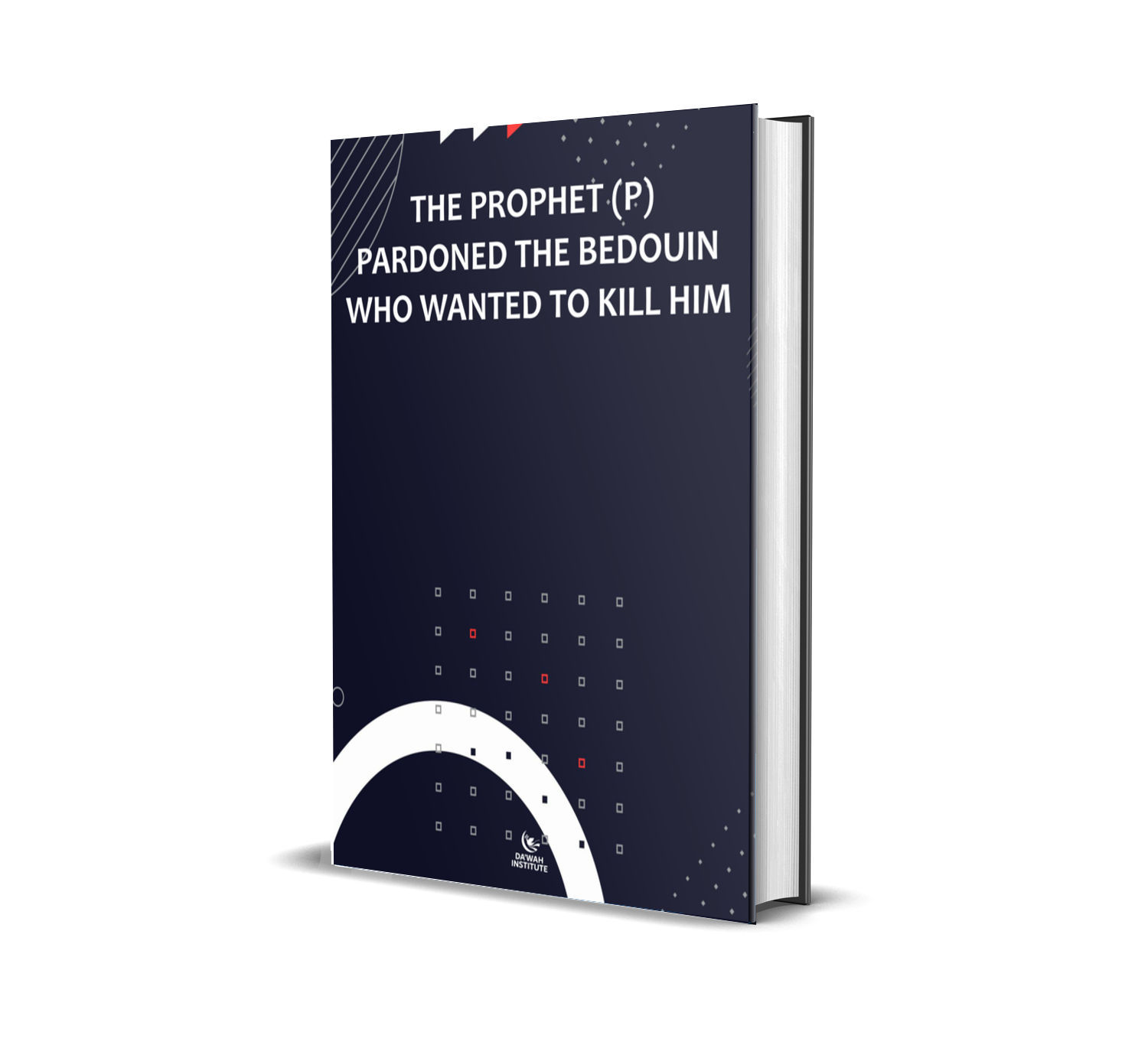 “We proceeded in the company of Allah’s Messenger (p) towards Najd to participate in a battle. When Allah’s Messenger (p) returned, we too returned with him. Midday came upon us while we were in a valley having many thorny trees. Allah’s Messenger (p) and the people dismounted and dispersed to rest in the shades of the trees. Allah’s Messenger (p) rested under a tree and hung his sword on it. We all took a nap and suddenly we heard Allah’s Messenger (p) calling us. (We woke up) to see a Bedouin with him. The Prophet (p) said, “This Bedouin (named Ghawrath from the tribe of Muharib) took out my sword while I was sleeping and when I woke up, I found the unsheathed sword in his hand and he challenged me saying, ‘Who will save you from me?’ I said thrice, ‘Allah.’…”[1] Jabir, in another version of the same hadith said, “…the sword fell from his hand, so the Messenger of Allah took it and said, “Who will protect you [from me]?” He said, “Be the better [victor].” He said, “Will you [now] testify that none is worthy of worship except Allah?” He said, “I will promise to never fight you, nor be with a people that fight you.” At that, the Messenger of Allah (p) let him go, and so the man came to his people and said, “I have come to you from the best of people.”[2]

“… Let them pardon and forgive. Do you not love that Allah should forgive you? And Allah is Oft-Forgiving, Most Merciful.” (Qur’an 24:22)

The Prophet (p) was reported to have said, “The strong is not the one who overcomes people by his strength, but the strong is the one who controls himself while in anger.”[3]

Aishah said that, “The Prophet (p) never retaliated for a wrong done to him (personally). He only would allow a retaliation for the breaking of Allah’s law.”[4]

The hadith shows that whenever the Prophet was the only victim of the wrong done, he preferred forgiveness over justice. However, whenever Allah’s law is broken or the wrong done is to someone else (or the community), he would stand for justice and allow the victim the choice of justice, forgiveness alone, or forgiveness with additional goodness (ihsan).

According to Ibn Battal, “We learn from this hadith, the patience of the Messenger and his magnanimity and forgiveness of the ignorant (jahil).”[5]

In addition, scholars such as Ibn Hajar said, “The Prophet did not take him to account for what he did. Instead, he pardoned him.”[6]

This narrative shows the level of tolerance, forgiveness and magnanimity that the Prophet (p) had even for an enemy who threatened his life. It also shows how baseless the argument is of those who claim that Islam was spread by the sword, or that a person can be forced to accept Islam “at the point of the sword”.

It shows again the magnanimity that Muslims in power or positions of strength should show to those who had earlier exhibited enmity towards them, but who they finally overcame, including people of other faiths.

It also shows the good impression that such magnanimity has on the person who receives it. Even though the Bedouin who threatened the Prophet (p) did not accept Islam at the time, he had good things to say about the Prophet (p) upon returning to his tribe – “I have come to you from the best of people.”

[2]Al-Hakim, hadith no.4322, who graded it authentic according to the criteria of al-Bukhari and Muslim. Imam al-Dhahabi agreed with him, and al-Albani authenticated it in al-Ta‘liqat al-Hisan, hadith no.2872.