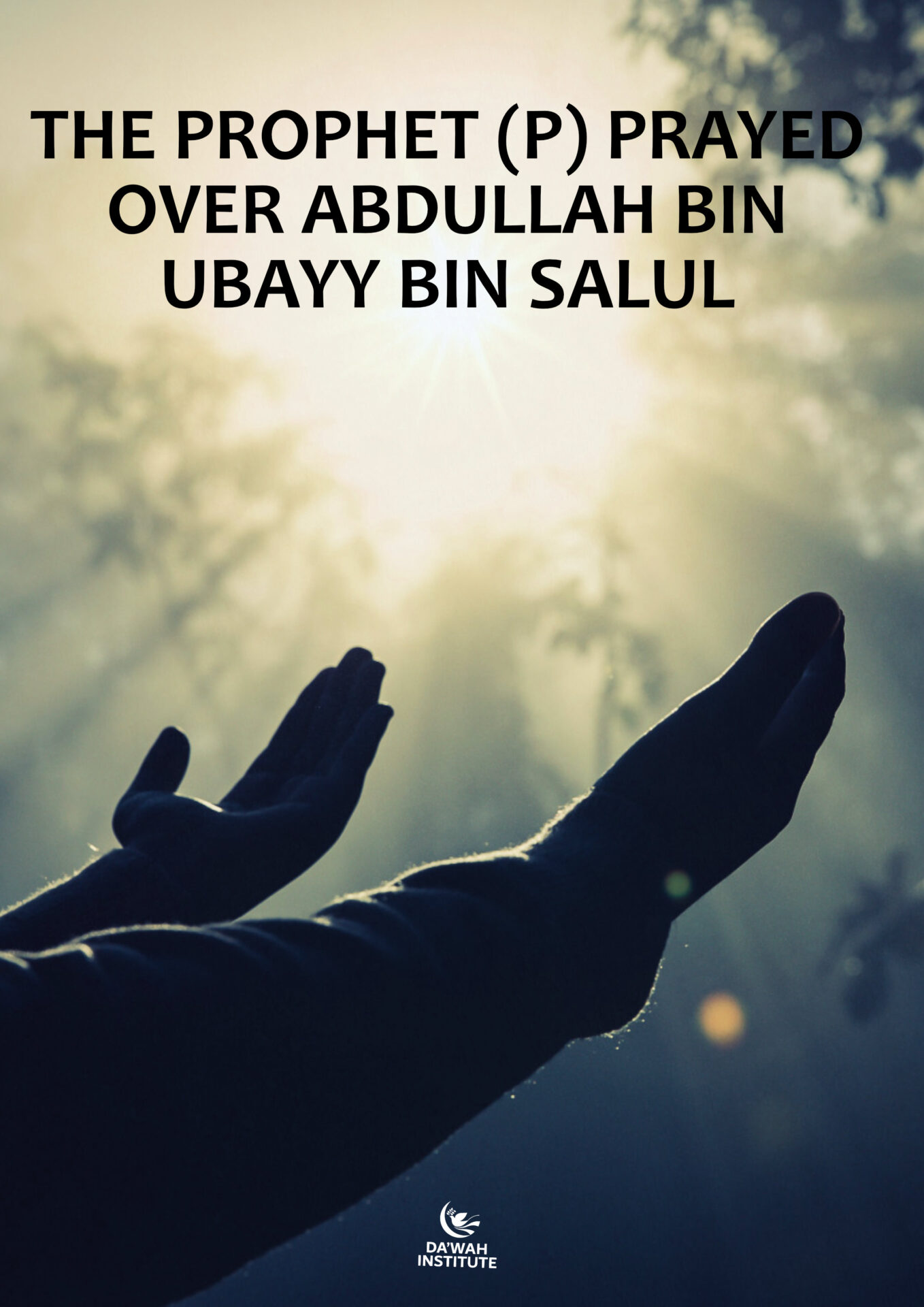 When ‘Umar bin al-Khattab vehemently protested against this clemency of the Messenger (p) towards the man whom all the believers had regarded as “God’s enemy”, the Prophet (p) answered, “God has granted me a choice in this matter (a reference to Qur’an 9:80 below), and so I shall pray [for him] more than seventy times.” [1]

Muhammad Asad in his commentary on the verse above said, “Since Abdullah bin Ubayy died sometime after the Prophet’s return from Tabuk, while verse 84 – like most of this surah – was revealed during the campaign, it is clear that the prohibition expressed in this verse relates only (as the sequence shows) to those who “were bent on denying God and His Apostle, and [who] died in this their iniquity” – that is, to unrepentant sinners.”[2]

The Prophet (p) therefore regarded Ibn Salul’s request as a sign of his repentance and therefore did not count him among those unrepentant hypocrites that the verse prohibits the Prophet (p) from praying for.