THE PROPHET’S (P) FORGIVENESS OF, AND PRAYING FOR SURAQA BIN MALIK  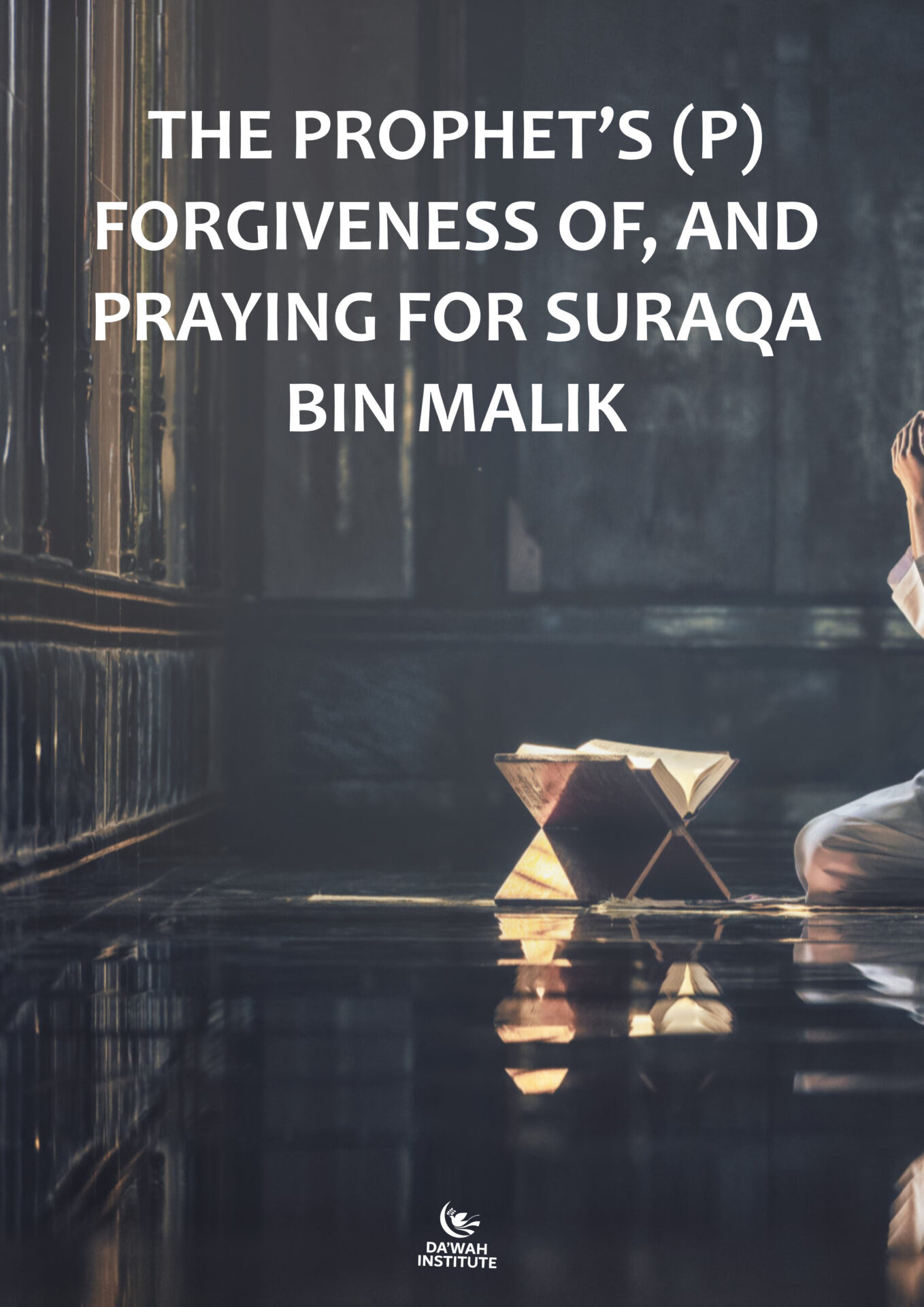 When the polytheist Quraysh leaders learnt of the Prophet’s (p) escape and migration from Mecca to Medina, they promised a reward of one hundred camels for whoever brings him back to Mecca, dead or alive. Suraqa bin Malik was one of those bounty hunters in hot pursuit of the Prophet (p). When Suraqa tracked them down, Abu Bakr began weeping out of fear for the Prophet (p). Meanwhile, the Messenger of Allah (p) supplicated to Allah by saying, “O Allah, suffice us regarding them however You wish.” Miraculously, the legs of Suraqa’s horse sank deep into the (otherwise) firm earth, so far that it reached the horse’s stomach. Suraqa leapt off his mount and said, “O Muhammad, I have become certain that this is your doing, so supplicate for Allah to rescue me from what I am in. By Allah, I will mislead those who are after you from knowing your whereabouts. And here is my quiver, take an arrow from it, and when you come across my camels and sheep in such-and-such a place, take from them whatever you like.” The Messenger of Allah said, “I have no need for it,” and supplicated until Suraqa was released (from the ground) and he returned to his people.[1]

Allah praises, “Those who spend (in Allah’s Cause) in prosperity and in adversity, who repress anger, and who pardon others; verily, Allah loves those who do good (al-muhsinun)”. (Qur’an 3:134)

Abdullah bin ‘Amr narrated that the Messenger of Allah (p) was upon the pulpit and he said, “Be merciful to others and you will receive mercy. Forgive others and Allah will forgive you.”[2]

This prophetic example shows that it is encouraged to not only pardon, but also to repel evil with goodness.

[1]Sahih Al-Bukhari, hadith no.3419; Sahih Muslim, hadith no.2009; And this is the wording of Ahmad hadith no.17627 about which Al-Arna’ut said, “Its chain is authentic according to the criteria of [Imam] Muslim.”