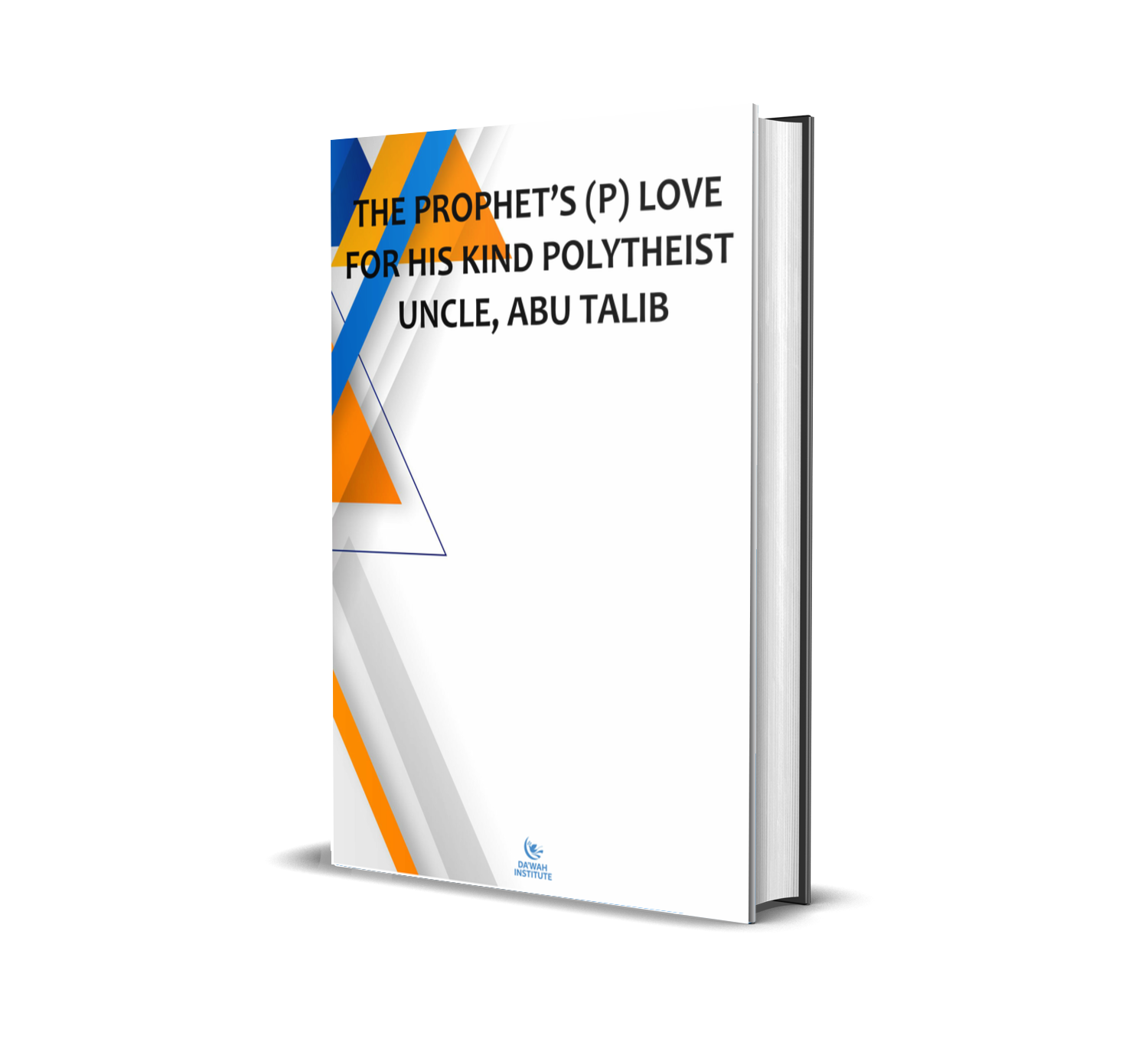 Allah says in Qur’an 28:56, “Verily, you cannot guide aright everyone whom you love (man ahbabta), but it is Allah who guides whom He wills, and He is fully aware of all those who receive guidance.”

Major Qur’an commentators cite the context of the revelation of this verse as being related to the Prophet’s polytheist uncle Abu Talib who supported him and whom he loved dearly but could not convince to become a Muslim, as evident in the narration above.[3]

Commenting on this verse, Ibn Kathir said,“Allah knows who will be guided and who will not. It is established in Sahih Bukhari and Muslim, that this verse was revealed in reference to Abu Talib, the Prophet’s (p) uncle who used to protect, support and stand by him, and he loved him intensely – natural love, not a love of his faith.”[4]

While the Prophet (p) loved his uncle as a person, he also naturally loved that he should be guided.[5] The verse therefore also, “stresses the inadequacy of all human endeavours to ‘convert’ any other person, however loving or loved, to one’s own beliefs, or to prevent him from falling into what one regards as error, unless that person wills to be so guided.”[6]

The narrative above clearly indicates that the Prophet Muhammad (p) loved a polytheist, despite the fact that he refused to accept Islam. Also, the verse above (28:56) is an acknowledgment by Allah of the existence of the feeling of love by the Prophet (p) for his polytheist uncle. It shows that a person’s lack of interest in accepting Islam is therefore not a reason to distance oneself from them or despise them.

It also teaches that Islam does not expect Muslims to expunge the natural feelings of love and affection they have towards their relatives and friends, just because they profess another faith.

The case of the Prophet’s (p) love for his uncle acknowledged in the verse is therefore proof that people of other faiths are among those whom Muslims may love and hold close relationships with.[7] This teaching is contrary to the claim of some Muslims that Islam frowns at such closeness in interfaith relations.

[1] Also reffered to by some as Sa’id bin Al-Musayyab.