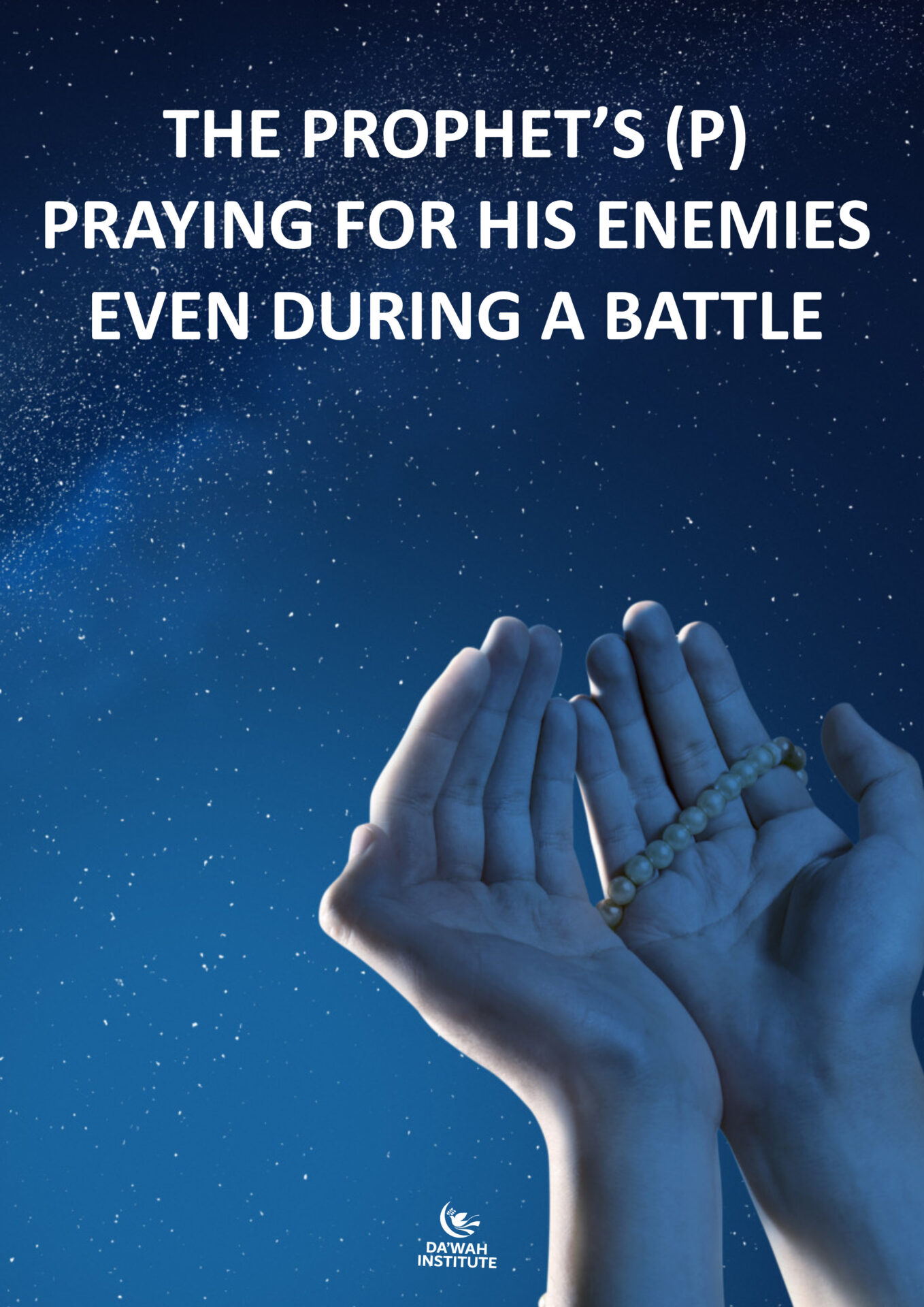 The polytheist Quraysh felt humiliated by their defeat after the battle of Badr when their army was about 1000 strong against 313 Muslims. They decided a year later, to retaliate and came all the way from Mecca, over 400kms away to Uhud, on the outskirts of Medinah. In this second major battle against the Muslims, the Battle of Uhud, the Quraysh’s army was this time 3,000 strong against the Muslims’ 700. They managed to ambush the Prophet (p) and his Companions in their second wave of attack. Seventy of the Prophet’s (p) companions were martyred. His own front tooth was broken, his body was battered, and blood flowed down his face from his helmet which had pierced it. However, after bleeding at their hands yet another time, the Messenger of Allah (p) still had the resilience of character – as he wiped the blood off his face – to say, “O Allah, forgive my people, for they do not know.”[1]

In other narrations, he was reported to have first said, “How can a people succeed after they have gashed (or seriously wounded) their Prophet, and soaked him in blood, as he calls them to Allah?” Then, he fell silent for a moment, before appealing to Allah with this prayer.

After the Battle of Uhud had concluded, despite the tragic losses suffered therein, and despite the Muslims experiencing years of unthinkable torture at the hands of the polytheist Quraysh, the Messenger of Allah (p) still maintained his magnanimity. Some of his companions came to him and said as the dust of the Battle of Uhud cleared, “Invoke curses upon the polytheists!” He said, “I have not been sent as an invoker of curses. Rather, I was sent as a mercy.”[2]

“…whoever then (injures or) acts aggressively against you, (it is permissible to) inflict injury on him proportionate (or similar) to the injury he has inflicted on you, and be careful (of your duty) to Allah and know that Allah is with those who guard (against evil).” (Qur’an 2:194)

Allah praises, “Those who spend (in Allah’s Cause) in prosperity and in adversity, who repress anger, and who pardon others; verily, Allah loves those who do good (al-muhsinun).” (Qur’an 3:134)

Uqbah bin Amir reported that the Messenger of Allah (p) said to him, “O Uqbah, reconcile with whoever cuts you off; give to whoever deprives you, and pardon whoever wrongs you.”[3]

He (p) also said, “No one has swallowed back anything more excellent in the sight of Allah, the Great and Glorious, than anger he restrains, seeking to please Allah the Most High.”[5]

Commenting on the Prophet’s (p) prayer after the Battle of Uhud, Imam al-Qurtubi said, “If any wise person ponders over the Prophet’s (p) prayer in that situation, he would understand better the statement of Allah, “And Verily, you (O Muhammad (p)) are on an exalted (standard of) character.”[7]This is because the Prophet (p) did not curse them (the polytheists), instead he prayed for them. In fact, he did not only pray for them, he even associated them with himself (in the words qawmi – “my people”) which shows his compassion. And he did not restrict it to that, but he even sought an excuse for them (in the words – “…for they do not know”).”[8]

This incident of the Prophet’s (p) showing compassion and magnanimity to his enemies during Uhud also teaches Muslims to not give up on others who are misguided; to not stop praying for them; to continue to view others as part of themselves, but in need of enlightenment and compassion.

It teaches us to not be quick in cursing or praying for the damnation of those who are unrepentant in their hostility towards us. In fact, one of the supplications repeated in the Qur’an is: “O God, do not let us be the reasons that the unbelievers are led astray,”[9] meaning, “God, do not let us, Muslims, be the very reason that people are repulsed away from the faith, and do not let us raise such animosity and hate in the hearts of others to the point of being the reason that they engage in wrongdoing.”[10]

Similar to the Prophet’s (p) magnanimity to the hostile people of Ta’if, the Prophet (p) here teaches Muslims, and any wise person for that matter, to strive at not allowing the hurt, injury and hostility of others to make them put aside the Islamic ideals of forgiveness and magnanimity. Muslims should strive to not allow anger and bitterness, even where justified, to override compassion.