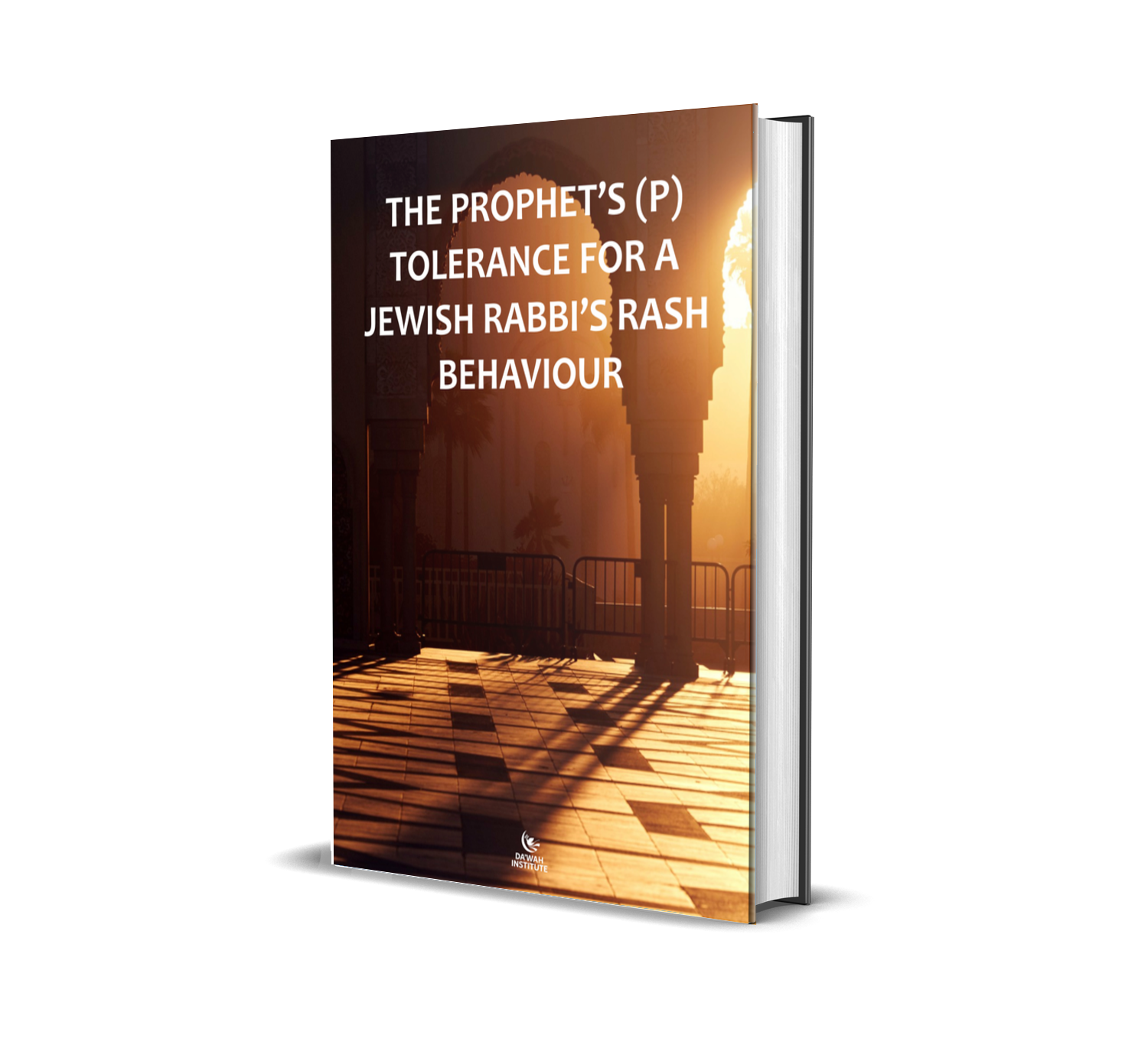 Zayd bin Su’na was a great Jewish Rabbi of Medina. When Allah wished to guide him, he thought of testing the Prophet (p) by lending him eighty mithqal (350 grams) of gold for a fixed period. A few days before repayment was due, Zayd grabbed the Messenger of Allah (p) angrily by his cloak, in front of all the senior Companions, and said, “O Muhammad (p), why are you not paying what is due? By Allah, I know your family well! You are all known for deferring your debts!” The Prophet (p) said to the infuriated Umar who threatened to kill Zayd for his disrespect, “O ‘Umar, we do not need this… Go with him, pay off his loan, and give him twenty additional sa’ (i.e. 32kg) of dates because you frightened him.”

From that, Zayd knew that it was time to embrace Islam. He explained to Umar, “There was not a single sign of prophethood except that I recognized it upon looking at Muhammad’s face – except for two that I had not yet seen from him: that his tolerance overcomes his anger, and that intense abuse only increases him in forbearance. I have now tested these, so know – O Umar – that I accept Allah as my Lord, Islam as my religion, Muhammad (p) as my Prophet, and that half my wealth – for I have much wealth – is a donation for the ummah of Muhammad (p).”[1]

Abu Hurayrah narrated that the Prophet (p) said, “Charity does not decrease wealth. No one forgives except that Allah increases his honour, and no one humbles himself for Allah’s sake except that Allah raises his status.”[2]

Ali bin Nayif Al-Shahud commented on this hadith thus: “Patience, pardoning and forgiveness are characteristics of the Prophet (p). In fact, he never retaliated from anybody, except when Allah’s law is violated. It was reported that a Jewish man came to him, harshly asking him to refund his debt, but the Prophet (p) replied to him with patience.”[4]

That the Jewish Rabbi lent the Prophet (p) some money shows that Muslims can have financial dealings, borrow and lend money to trusted non-Muslims. Similarly, the Prophet’s (p) treatment of Zayd despite his rash behaviour shows his level of forbearance.

This incident therefore proves that Muslims are encouraged to have dealings with non-Muslims, and even relate with them with kindness, as long as it does not contradict any fundamental teachings of Islam.

[1]Ibn Hibban, hadith no.288; Al-Bayhaqi, hadith no.11066; Al-Hakim, hadith no.6547 who said, “This hadith has an authentic chain, though they (Al-Bukhari and Muslim) did not collect it.” Al-Haythami said in Majma’ al-Zawa’id that “Ibn Majah collected a part of it, and it was narrated [entirely] by Al-Tabarani via narrators that are [all] trustworthy.”

« THE PROPHET’S (P) FORGIVENESS OF, AND PRAYING FOR SURAQA BIN MALIK 
Handling the Qur’an by non-Muslims »