THE PROPHET (P) WOULD SWALLOW HIS ANGER WHEN PROVOKED  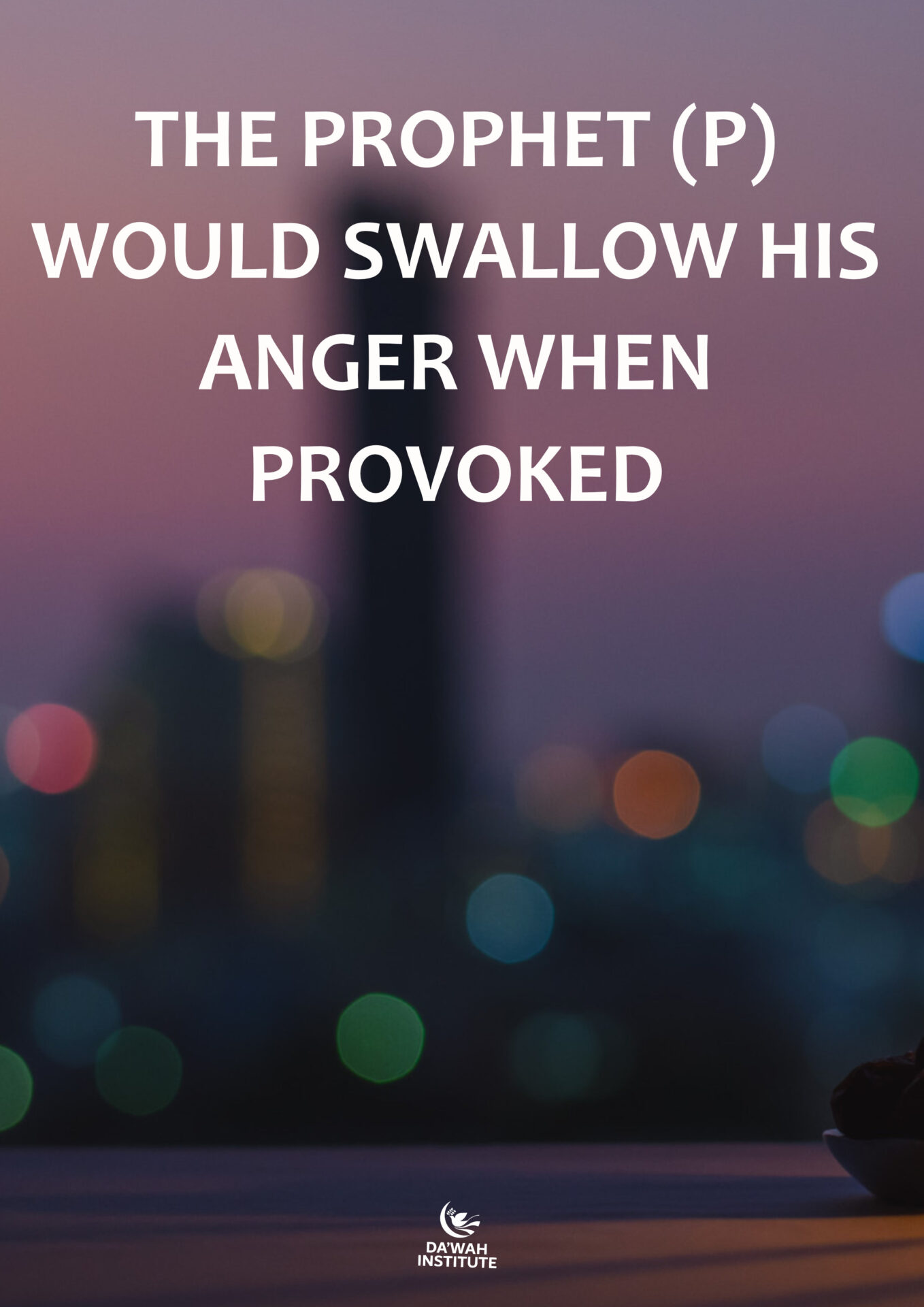 THE PROPHET (P) WOULD SWALLOW HIS ANGER WHEN PROVOKED

Narratives in this section focus on how Prophet Muhammad (p) related with Muslims who behaved in an unacceptable manner, as well as how he managed relations with the hypocrites amongst them.

While distributing the booty after a battle, a man called Dhul Khuwaysira accused the Prophet (p) of being fraudulent and dividing the booty in an unfair manner. The man said, “Be fair, O Muhammad! For this division [of shares] is not one that was done seeking Allah’s pleasure!”[1] The face of the Prophet (p) reflected anger when he heard this, but he chose to simply reply to this heinous accusation by saying, “Shame on you! Who would ever be regarded as just if I am not? May Allah bestow his mercy upon Moses; he was hurt with more than this and was still patient.”[2] In another narration, “You do not trust me, though I am the one trusted by He who is above the heavens?!”[3]

“It is not for any prophet to take illegally a part of booty (ghulul), and whosoever deceives his companions with regards to the booty, he shall bring forth on the Day of Resurrection that which he took (illegally). Then every person shall be paid in full what he has earned, and they shall not be dealt with unjustly.” (Qur’an 3:161)

“O you who Believe, be persistently standing firm for Allah, witnesses in justice, and do not let the hatred of a people prevent you from being just. Be just; that is nearer to righteousness. And fear Allah; indeed, Allah is acquainted with what you do.” (Qur’an 5:8)

The Prophet (p) said, “No one has swallowed back anything more excellent in the sight of Allah, the Great and Glorious, than the anger he restrains, seeking to please Allah the Most High.”[4]

Ibn Hajar commented that, “This hadith has shown that great people may be hurt by false accusation from some people. They should however reciprocate with patience and forbearance just the way Prophet Muhammad (p) did…”[6]

This narrative underscores the need to be patient with others and control one’s anger. The fact that people belong to the same religion does not mean that there would be no differences in understanding, oppositions, false accusations and insults. Hence, there is need for greater tolerance of the shortcomings of other people, even when of the same faith.

Muslims should therefore be more forbearing, patient, and forgiving of the unguarded words and insults of those who are ignorant, arrogant or trying to make mischief. Leaders in particular need to be more patient with their followers, but also with unpleasant comments from members of other Muslim groups and organizations.

[1]Literally, “Be fair, O Muhammad! For this division [of shares] is not one for which Allah’s face is sought”.