Forms of Jihad as Recognised by Classical and Contemporary Scholars  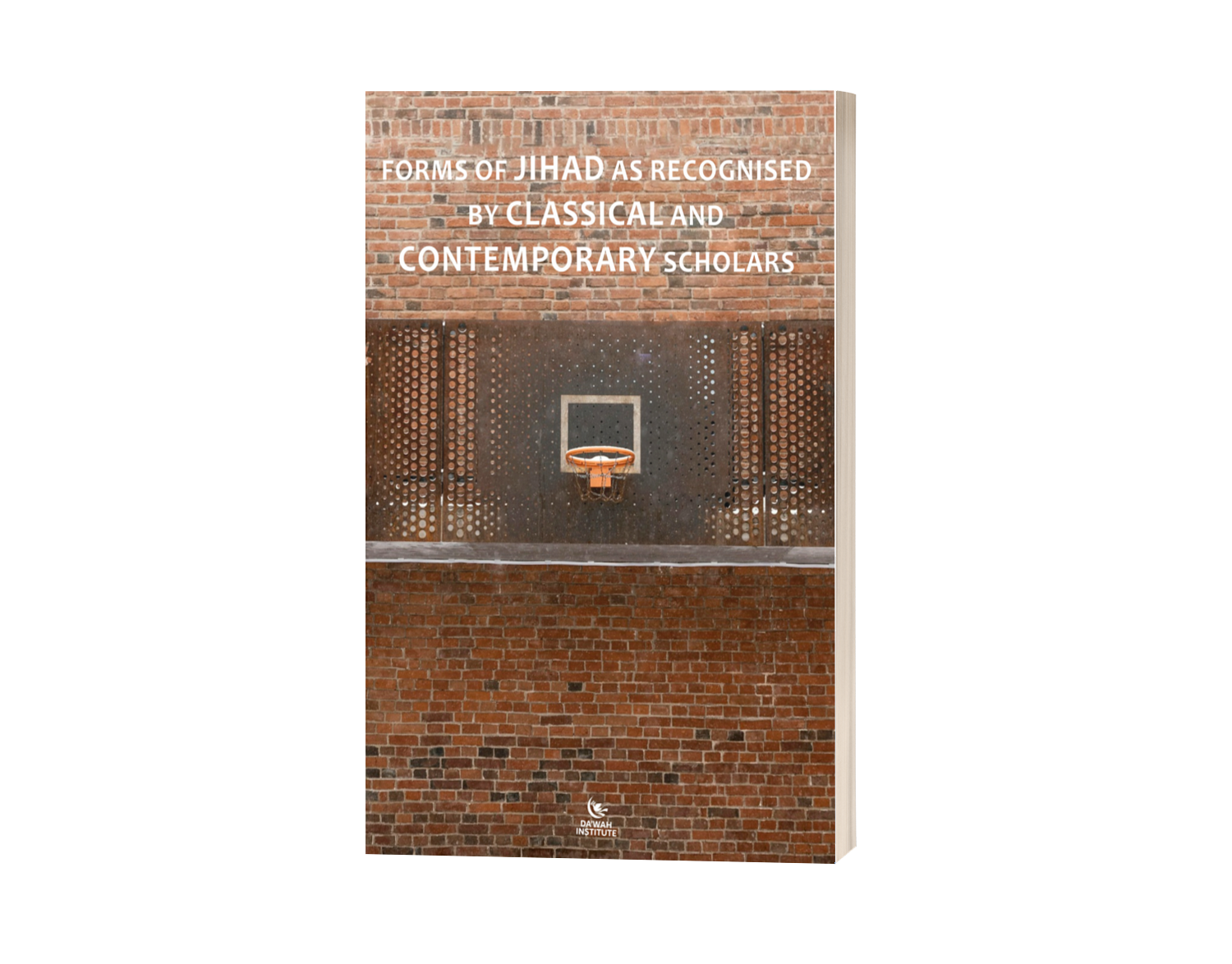 Muslim scholars use the term jihad to refer to various forms, levels and categorizations of enjoining right, forbidding wrong and striving in Allah’s cause (fi sabilillah) as used in the Qur’an and Sunnah. They have therefore come up with various ways of classifying the different forms of jihad that Muslims may or must be involved in. Regardless of the classifications, they all agree based on the clear texts on this issue, that the term Jihad has many meanings and forms, and it cannot be narrowly defined to, or reduced to only mean fighting or warfare.

Shaikh Abdullah bin Zaid explains that jihad can be made either by statement or action. It could be made using the tongue and argument based on the Qur’an and Sunnah. It can as well be made with the sword. It should however be known that jihad through beautiful exhortation and argument precedes that of the sword as that was the jihad God commanded Muslims to engage in while they were in Makkah before the permission to fight was granted. Allah said: “And engage in jihad with them with it (i.e., the Qur’an) a great Jihad” (Qur’an 25:52).[1]

The contemporary jurist Sheikh Yusuf al-Qaradawi further conceptualized three other forms of jihad which are similar to that of Ibn Qayyim. They are as follows:

Aside from the above mentioned three forms of jihad categorized by Yusuf al-Qaradawi (and other classifications by other scholars), and in light of more contemporary realities in most nations, al-Qaradawi has also proposed other forms of classifying Jihad under what he refers to as “civilian jihad” (al-Jihad al-Madani). According to al-Qaradawi, al-Jihad al-Madani is the type that answers various needs of different societies in today’s world, solves their problems and raises their status in all sectors. This is even of greater importance today, as most Muslim citizens would not be expected to participate in any form of military jihad due to the existence of government-funded professionalfull-time military and security personnel. Civilian jihad includes, but is not limited to the following:

According to Yusuf al-Qaradawi, the word ‘nafara’ (i.e. go forth) used in the verse which is sometimes used for the word jihad is an indication that going out for learning is also a form of jihad in Allah’s cause – “fi sabil Allah”. The Prophet (p) had also said: “whoever set out seeking for knowledge is in the cause of Allah (Sabil Allah) until he returns.”[4]

Similar to this report is that of Mu’awiyah bn Jahimah, that Jahimah came to the Prophet (p) and said: “O Messenger of God, I wanted to fight and I am here seeking your advice? Then he (the Prophet) (p) said: is your mother still alive? He said: yes. The Prophet (p) said: stay with her, indeed, paradise is beneath her feet.”[6]

In another hadith reported by Anas bin Malik, a man came to the Prophet (p) and said: Indeed, I am yearning for jihad, but I am incapable. The Prophet said: “areany of your parents alive?” the man said: my mother (is alive). The Prophet said: “fear Allah in your kindness to her, for if you do that, you have become a pilgrim (Hujaj) and Mu’tamir (the one who performed Umrah) and a fighter (Mujahid).”[7]

From all these categorizations of jihad, it becomes clear that any form of striving or effort that is necessary to protect a contemporary society from harm and destruction (darurah or fasad) is a form of jihad in Allah’s cause. The various community services to society that are critical to public interest (maslahah) in preventing the society, community or a portion of it from loss of life, harm (darar), insecurity and fear (khawf), lawlessness and anarchy (fitnah), corruption and destruction (fasad) are regarded as “Essential Services”. These are all collective or societal obligations (fardu kifayah) upon any society of Muslims and are the responsibility of the leadership. Depending on the society and situation, these could include occupations, sectors and services such as the police and armed forces, but also hospital and healthcare services, electricity services, water supplyservices, communication/telephone services, firefighting services, prison services, waste and refuse disposal services, air traffic control, educational services, etc.[10] The short or long-term damage to a society that would result from a breakdown in any or some of these essential services can end in harm and destruction of life and property that may be similar or even worse than some forms of violent conflict or war. Hence their performance is regarded as another important form of jihad in Allah’s cause – fi sabil Allah. This is in line with the maxim that “the general need attains the position of special necessity” (Al-hajah al-aa’mah tunzil manzilah al-darurah al-khassah)[11]

It is clear from the above that a Muslim is expected to always be involved in one form of jihad or another, whether in times of war or in the more usual longer times of peace.

« Relations with Non-Muslims – Yoruba Language
Armed Jihad: whose Responsibility, is it?  Individual or Collective Obligation?  »