Imitating People of Other Faiths 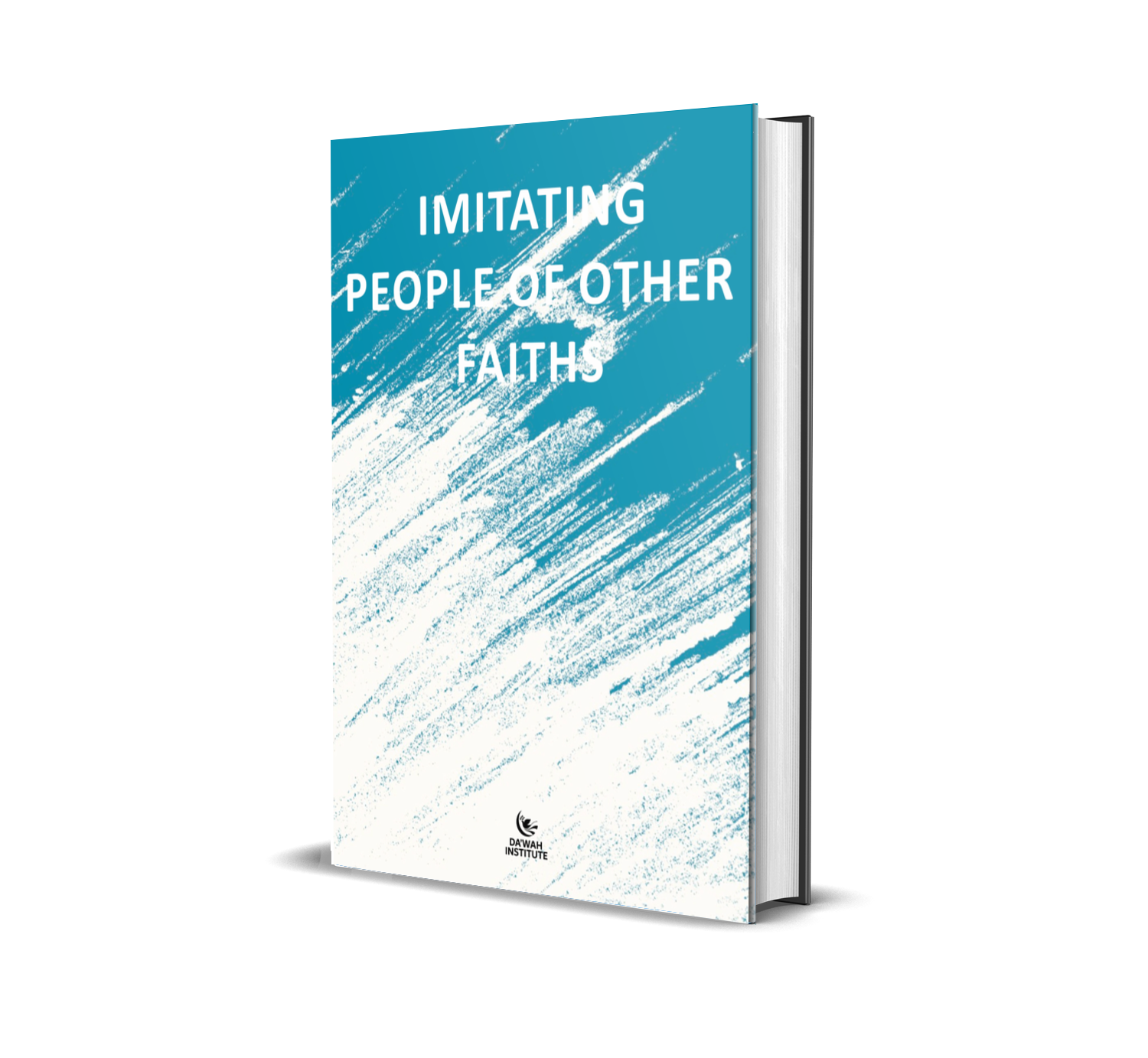 Societies and civilizations have grown as result of sharing and copying from the good ideas and aspects of others. In an increasingly interdependent world, humility, curiosity and learning from others is essential to survival and progress. However, some Muslims prohibit ‘imitating’ or ‘copying’ people of other faiths and cultures in nearly every aspect of their lives – dressing, language, administration, social activities, laws, technology, culture, medicine, etc.

Why do Muslim scholars prohibit the “imitation” of non-Muslims? What kind of imitation does Islam prohibit? What is the criteria and wisdom behind such rulings?

Islam is not against curiosity, imitation and acquisition of useful knowledge and wisdom from people of other faiths. It only prohibits blind and uncritical imitation of others that stem from a sense of inferiority or a desire to copy or resemble them in those things that identify them with their distinct religious ideology or community.

The Prophet (p) is reported to have said, “He is not one of us who imitates a people other than us. Do not imitate the Jews and Christians.”[1] According to another version, “Whoever imitates a people is one of them.”[2] Some Muslims have unfortunately interpreted these hadiths as prohibiting every form of imitation, without adequate regard for how these hadiths were understood in the context of other sayings and practices (sunnah) of the Prophet (p) and his Companions.

It is well-known that the Prophet (p) and his Companions imitated and adopted various ideas, strategies and aspects of non-Muslim cultures (‘urf) that did not contradict Islamic principles, and which were therefore acceptable to Islam.[3]

For example, the Prophet (p) on some occasions would wear clothing of Persian or Yemeni origin. He adopted the Persian war strategy of digging a trench around the city of Medina during the Battle of the Trench. He also refused to prohibit sexual relations during nursing because he noticed that it didn’t cause any harm to the Persians and Romans who engaged in it.[4]

Moreover, many financial instruments and forms of business dealings such as Al-araya, Salam, Isitisna, Musharaka, Mudharaba, Ijara and Murabaha, etc., were part of pre-Islamic customs (‘urf) that were acceptable to Islam. The concepts of Jizyah (poll tax or military “exemption tax” on non-Muslims)[5] and dhimmah (non-Muslim protected status) were also originally pre-Islamic and yet accepted though modified by Islam. The names of most of the days of the week, and those of the months of the Hijri lunar calendar were also part of pre-Islamic ‘urf. These examples lend strong support that customs that have no contradiction with Shari’ah ethics are acceptable bases to derive rulings from.

In fact, the prominence given to various regional or local customs (‘Urf and ‘Adat) as even one of the sources of Islamic law (al-Adillah al-Shar’iyyah) accepted by all the major Schools of Islamic Jurisprudence (madhahib) reflect the attentions to the general good (maslahah), since sound customs, as a rule, have strong links with the aspirations, identity, needs, and necessities of people in the regions where they live.[7]

Allah created humans into male and female, and into nations and tribes “li ta’arafu” so that “you may know one another” (Qur’an 49:13); Muslims are commanded to “ask those who know, if you do not know” (Qur’an 16:43); They are asked to “travel the earth to learn” the history of earlier civilizations (Qur’an 3:137; 6:11) and to also see how Allah brought His creation into existence (Qur’an 29:20); Allah praises those who listen critically and pick what is best from what they learn: “those who listen to what is said, and go by the best in it.” (Qur’an 39:18).

A general and fundamental rule in the Principles of Islamic Jurisprudence (usul al-fiqh) is that anything that belongs to the category of worldly and mundane social transactions (mu’amalat) as opposed to prescribed religious or devotional worship (ibadah) or creed (aqidah), is governed by the general rule that “everything is permissible except what is prohibited”[10] by clear and explicit textual evidence from the Qur’an or authentic Sunnah, or if it contradicts definite objectives (maqasid) of Shari’ah. In other words, whatever is not prohibited by clear evidence is in fact permissible. What is prohibited for a Muslim to imitate in others, is whatever contradicts the teachings of Islam, or what is regarded as a distinctive religious practice or worship (ibadah), creed (aqidah) or symbol of religious identity.[11] A Muslim is therefore prohibited from using religious dressing, or grooming, or anything else that identifies him or her as belonging to another faith.[12] If however such imitation is purely in areas of worldly and mundane social transactions (mu’amalat) such as science and technology, commerce, language, culture, education, agriculture, security, medicine, etc., then there is no prohibition in this.[13] If it is beneficial and promotes the objectives (maqasid) of Islam and the betterment of the society, then such imitation is actually respected and encouraged irrespective of which culture (‘urf) it emanates from, whether native or foreign, Muslim or non-Muslim.[14]

According to Imam Al-Shatibi, this approach to local or regional custom is based on Prophetic precedent, because much of the Prophet’s legislation was an affirmation of the sound or good customary practices of pre-Islamic Arabia. The Arabs, like human societies in general, developed many good customs before the advent of Prophetic guidance. Such customs were especially well-suited to their environment and circumstances. The Prophet (ﷺ) affirmed and perfected them, only abolishing those pre-Islamic customs that were unsound or detrimental. For this reason, according to Al-Shatibi, the Prophet (ﷺ) is reported in numerous hadith to have said that the purpose of his mission was to perfect the good moral qualities (makarim al-akhlaq) of the people, and not to obliterate them. Once the Prophet (ﷺ) endorsed pre-Islamic customary conventions, they became technically part of his Sunnah.[15]

In relation to taking ideas, strategies, wisdom, or knowledge from people of other faiths, such as from the secular or Western educational system,  Imam al-Amin Al-Shinqiti gave four scenarios for Muslims: 1) Accept it completely and uncritically (which he says would be wrong); 2) Reject it completely in spite of its beneficial knowledge (which he also says would be wrong); 3) Accept what is wrong and reject what is beneficial (which he says would obviously be wrong); or 4) Accept critically, taking what is good and useful and discarding what is unacceptable from an Islamic perspective (which he recommends).[16]