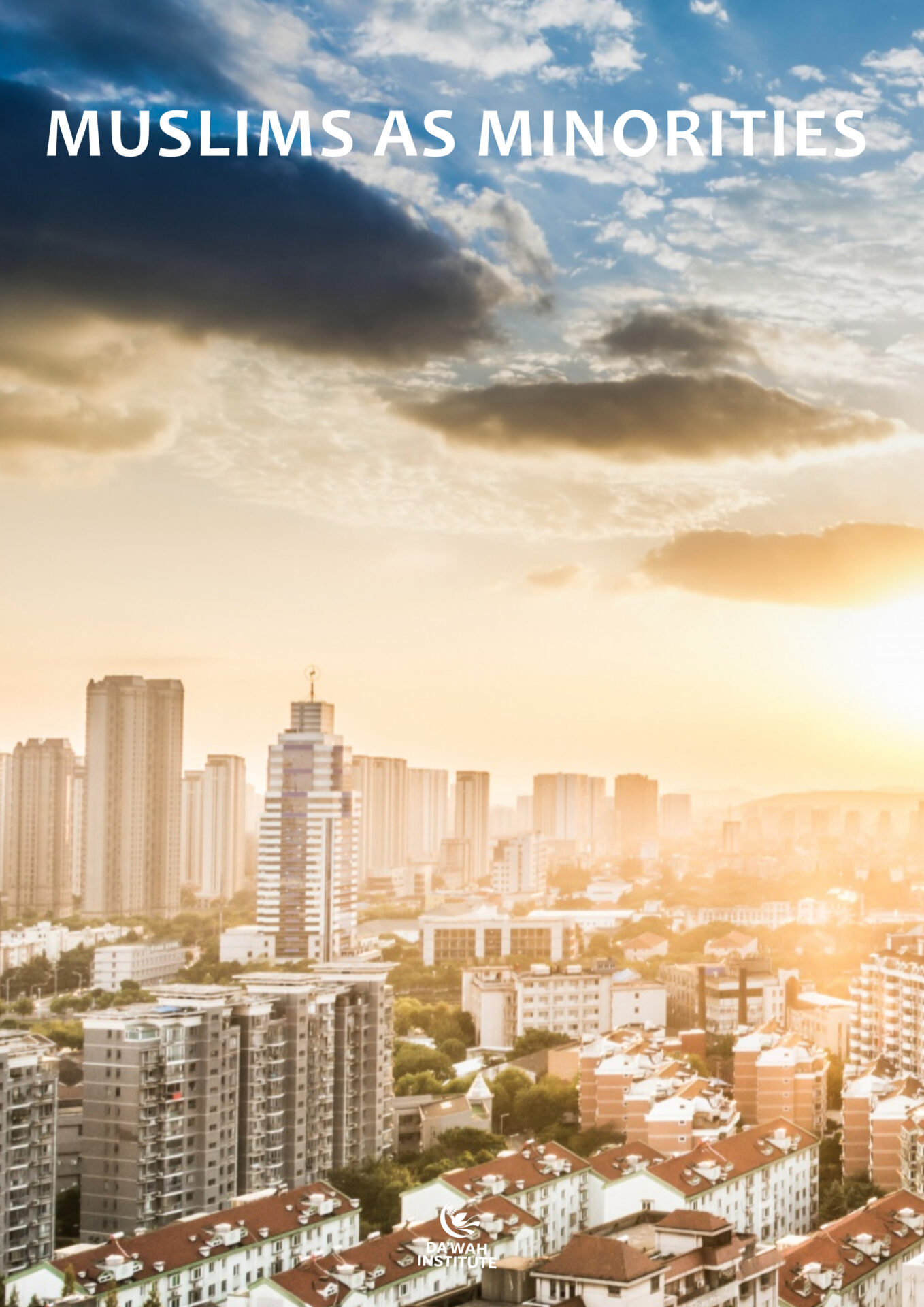 What are the responsibilities of Muslims minorities? Do Muslim minorities living within non-Muslim states need to honour any terms of residence?

While the Prophet (p) and his early Companions lived in Mecca, they respected its polytheist leadership and laws, so long as these did not require them to disobey any categorical injunctions of Islam. The main reason why the Prophet (p) and his Companions fled and migrated to other places was primarily to escape persecution and the threat to their lives[1]; and not because they were living as Muslim minorities in a society ruled by non-Muslims. Even after fleeing from Meccan persecution, the first immigrants (muhajirun) were ordered by the Prophet (p) to seek refuge under Christian rule in the kingdom of Abyssinia (Habasha).[2] Again during the period of the Treaty of Hudaybiyyah, some Muslims lived in Mecca, and under its leadership as dictated by the Treaty agreement endorsed by the Prophet (p).[3]

A Muslim living anywhere in the world belongs to the Ummah (community of believers), and provided he or she is granted the right to his/her identity and the freedom to practice Islam, it is in the view of most scholars and as seen in the lives of the Prophet (p), his Companions and the earliest Muslims, permissible for a Muslim to reside, study or work in non-Muslim lands.

Based on the geo-political realities of the times, Muslim jurists developed various ways, concepts and terms for classifying the world and where Muslims could or could not reside and the sort of international relations more appropriate for each community. These included but were not limited to “Dar al-Harb” (Territory/Abode/Land of War), “Dar al-Kufr” (Abode of Disbelief/Rejection of Islam), “Dar al-Sulh” or “Dar al-‘Ahd” (Abode of Treaty), “Dar al-‘Amn” (Abode of Security), “Dar al-‘Adl” (Abode of Justice), “Dar al-Shahadah/Da’wah” (Abode of Witnessing Islam) and “Dar al-Islam” (Abode of Islam/Peace), etc.

These divisions, terms and political concepts are not found by name either in the Qur’an or the Hadith, but are the product of the diverse juristic reasoning (ijtihad) of scholars in various contexts of Islamic history. Furthermore, there is no categorical statement by Allah or the Prophet (p) demarcating the world into two bipolar domains of only “Dar al-Harb” (Abode of War) and “Dar al-Islam” (Abode of Islam) as presented by some scholars.  Instead, the concepts arose from classical jurists who sought to classify the known world in which they lived, in order to deduce appropriate juridical rulings for political and strategic relations with others outside the Caliphate. Through examining the geographical divisions and power alliances that existed in their times, they were able to theoretically carve out an Islamic space within which their rulings applied. These divisions also allowed them to distinguish between Muslims who were living within and under Islamic rule, and those who were travellers or residing abroad who required specific rulings.[4]

Generally, Muslims were advised by scholars to avoid living in environments that were hostile to, or at war with Muslims (Land of War or Dar al-Harb). They were however permitted and even encouraged to travel to and live – as did the Prophet and his Companions – as law-abiding citizens in lands that were tolerant of Islam, had a significant respect for the Rule of Law, justice, and security, and where Muslims had the freedom to practice their faith without fear of persecution.

Ibn Hajr cites the view of al-Mawardi that if a Muslim is able to practice Islam openly in a non-Muslim land, then that land becomes Dar al-Islam (the Abode of Islam) by virtue of his settling there, and living there is preferable to moving away from it as other people may be attracted to Islam merely by their interaction with him.[5] According to al-Mawardi, “The public acts of worship (sha`a’ir) of Islam such as group prayers in mosques and call for prayers are the criteria by which the Prophet, peace be upon him, differentiated between the Land of Islam and the Land of Disbelief.”[6]

The criterion of “the achievement of justice”, is so central in the Islamic concept of ‘Land or Abode of Islam’ to the extent that the term ‘land of justice’ (Dar al-‘Adl) is very often used interchangeably with the term ‘Land of Islam’ (Dar al-Islam) in numerous sources.[7]

In fact, Imam Abu Hanifa states:  “The purpose (maqsud) of calling a certain land a ‘Land of Islam’ or a ‘land of disbelief (kufr)’ is not Islam versus kufr. It is security versus insecurity.”[8]

Al-Razi writes that “If the Islamic acts of worship are evident in streets and public places, this certainly entails that Islam is dominant.”[10] Ibn Taymiyyah equally wrote that, “The public acts of worship (sh`a’ir) of Islam are the true signs that a certain land is a Land of Islam.”[11]

For Muslims visiting or planning to reside in non-Muslim countries, it is usually a prerequisite that in order to be granted entry, he/she must agree to abide by certain terms and conditions, whether for visa or migration purposes. A Muslim who is born in a non-Muslim land is usually given automatic citizenship and is naturally bound by the terms and conditions of citizenship.

Often, these terms and conditions are already part of international or inter-governmental treaties and agreements between Muslim countries and others. Muslim citizens are bound to respect these agreements, as did the Companions when the Prophet endorsed the Treaty of Hudaybiyyah, even though some of the conditions of that Treaty were unfavourable to the short-term interests of Muslims.

All believers are characterized as those “who are faithful to their trusts and to their pledges” (Qur’an 23:8). Once a Muslim chooses to remain a citizen or resident (rather than migrate to another land), he is required to acknowledge the nation’s legislation and conduct himself within the scope of the law.  Upon acceptance of these conditions of residence, a Muslim is bound by them, as stipulated in the hadith and adopted as an Islamic legal maxim, “al-muslimun ‘inda shurutihim”[12] (i.e. “Muslims are bound by their conditions”).[13] This obligation on Muslim minorities in non-Muslim lands illustrates Islam’s endorsement of peaceful interfaith co-existence. It, however, does not prevent Muslims from seeking legal reform towards achieving justice and a better society.

Moreover, a Muslim should not just be dutiful to his host country but actively contribute towards improving it.  This is because Muslims are enjoined to be “the best nation ever raised for mankind, enjoining right and forbidding wrong…” (Qur’an 3:110) ‘Ikrimah explained this verse, saying, “In the past, people were not secure in other people’s lands, but as Muslims, people of any colour feel secure among you…”[14], while Abu al-Su‘ud elaborates that, “You are the best community for people, which clearly means helpful to other people.”[15]  Al-Khatib also says, “A feature of the Muslim nation is that it should not keep any beneficial advantage to itself but should share its benefit with other human societies.”[16] These explanations accord with the Prophet’s statement, “The best among you is the best towards people,”[17] and the example of Prophet Yusuf (peace be upon him), who was a foreigner residing in Egypt, and even offered his services at the level of government (Qur’an 12:54-55).

Shaykh Abdullah bin Bayyah, a highly distinguished scholar serving on many international fiqh councils and one of the contemporary world’s leading authorities in Usul al-Fiqh (Principles of Islamic Jurisprudence), explains the obligations of Muslims in non-Muslim lands in the following remarks:

Examples of this friendly yet faith-retaining integration may be found throughout the history of Muslim minority groups in non-Muslim lands. Muslims in China, for instance, are celebrated for successfully constructing an indigenous Muslim identity within the country and making significant contributions to their homeland.[19]

[1] In a statement made by the Prophet (p) when fleeing Mecca for Medina, he said, “(O Mecca!) You are the most beloved place to me. If not because your people chased me out, I would not live in a place apart from you” – Sunan al-Tirmidhi, hadith no.3926; Musnad Ahmad, hadith no.18717.

« The Marrakesh Declaration
Should Muslim destroy non-Muslim place of worship »