SHOULD A MUSLIM EXCHANGE Gifts WITH NON-MUSLIM? 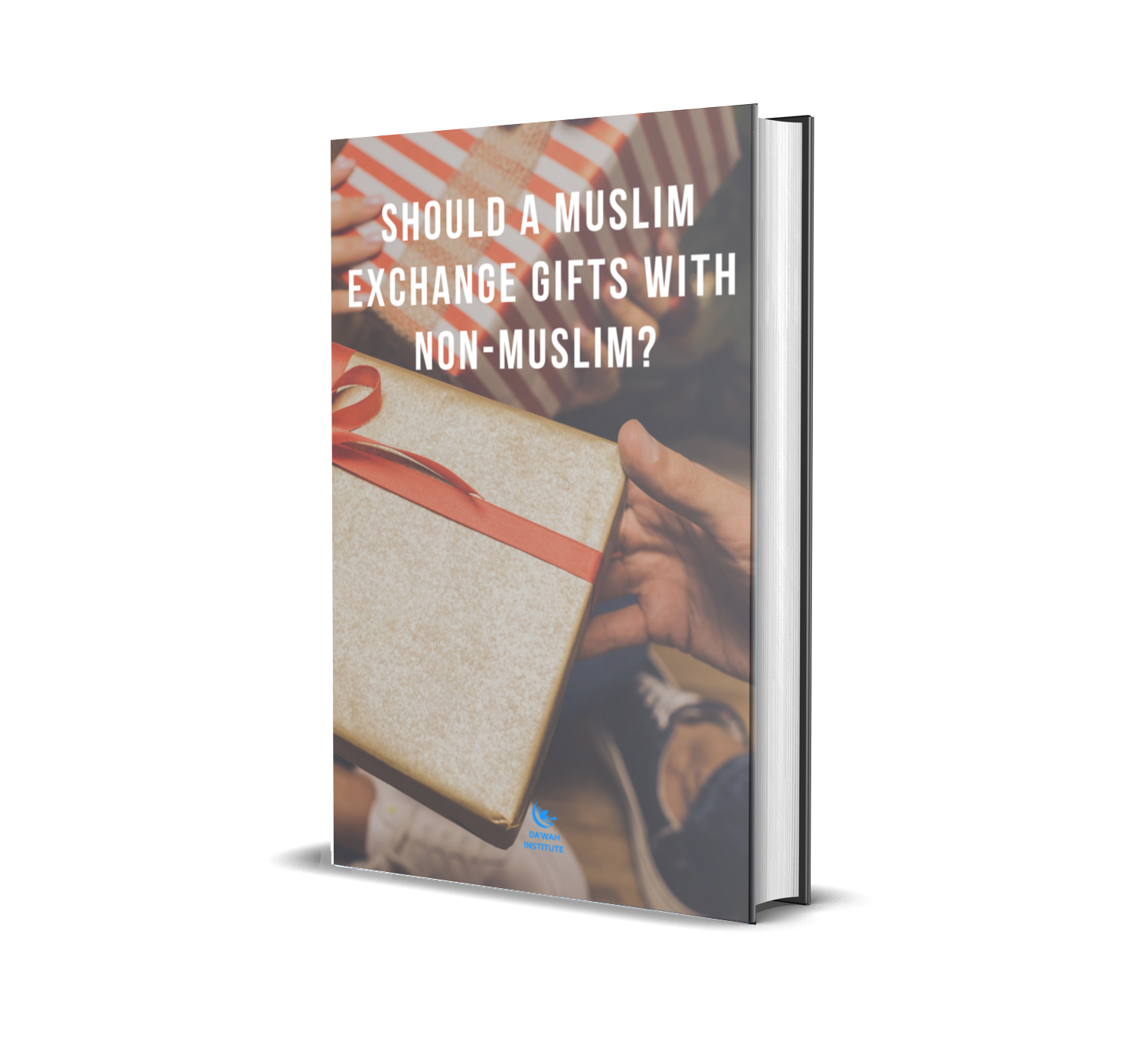 Some Muslims are of the opinion that it is not acceptable to give or receive presents from people of other faiths. As a result, they neither offer nor accept gifts from Jews, Christians and others, including during their religious festivities.

Can we exchange gifts with non-Muslims?

Islam encourages giving and receiving gifts and presents from one another. The Prophet (p) said, “Exchange gifts, for it increases love.”[1] Thus, it is a time-honoured tradition of Muslims to give and receive gifts, irrespective of the religion of the recipient; and numerous hadith narrations abound to this effect.

For example, Mujahid narrated that Abdullah ibn Amr ibn al-‘As slaughtered a sheep and said, “Have you presented a gift from it to my neighbour, the Jew, for I heard the Apostle of Allah (p) say, ‘Jibril kept on commending the neighbour to me such that I thought he would make him an heir’?”[2] Umm Salamah also narrated that the Prophet told her, “I have sent al-Najashi [the Abyssinian king] a robe and some milk (by-product).”[3] In another version of this hadith, the Prophet (p) added that he had also sent a container of musk (perfume).[4]

It is also reported that the Prophet (p) gave and accepted gifts from numerous other non-Muslim leaders and kings.[5]

Commenting on the gifts the Prophet (p) presented to people of other faiths, Al-Sarakhsi said, “Offering gifts to others is from among good morals as per the words of the Prophet (p), ‘I was sent to establish good manners.’ Therefore, scholars understood that exchanging gifts is recommended among Muslims and non-Muslims alike.”[6]

True friendly relations entail reciprocal exchanges of gifts. Accordingly, receiving gifts from people of other faiths is also permissible to a Muslim. Salim Al-Bahnasawy notes a well-known case from the lifetime of the Prophet (p):

“When Salman Al-Farisy first came to Al-Medina, he was not yet a Muslim. He knew that the Prophet (peace be upon him) was dignified and would not accept charity (sadaqah). He entered upon the Prophet (p) and said, “I respect your dignity and I present a gift to you, not a Sadaqah (charity).” The Prophet (peace be upon him) extended his hand and ate, and so did the Companions. Al-Hafiz Al-Iraqi commented on this saying, “This hadith shows the lawfulness of accepting gifts from a polytheist as Salman had not embraced Islam at that time.”[7]

While charity (sadaqa) is often given as an assistance to those in need, gifts and presents are usually associated with friendliness and strengthening interpersonal relations.

Gifts during religious festivals: Regarding receiving of food and gifts from Christians, Jews, Zoroastrians and others during their religious festivals such as Christmas, Easter, Hanukkah, Passover, Nayrouz, Diwali, etc., there appears to be no categorical evidence from the Qur’an, Sunnah of the prophet (p) or statement of the Companions prohibiting it.

On the contrary, available evidence indicates that a number of his companions actually accepted food and gifts from non-Muslims during their religious festivals. This include companions such as Ali, Aisha, Abu al-Darda and Abu Barzah who approved of such gifts.[8] They did not appear to perceive such gestures as being in any way consenting to unbelief or aiding the cause of disbelief (shirk or kufr), but simply a show of appreciation towards another person’s generosity and kindness.

According to Imam Ashraf Ali al-Tahanawi, “as far as giving and accepting gifts during the period of non-Muslim religious festivals is concerned, such as at the time of Christmas, Diwali, etc., it would be permitted, as it is not per se a religious act, but a social custom. The intention of giving gifts is not to respect the religious festival, but rather to respect and show courtesy to the one whom the gift is given.”[10]

« SHOULD A MUSLIM SHOW HOSPITALITY AND VISIT NON-MUSLIM?
IS IT ENCOURAGE TO GIVE Charity (sadaqah) TO NON-MUSLIM »