THE PROPHET (P) CONDEMNED THE KILLING OF CIVILIANS, EVEN DURING WAR 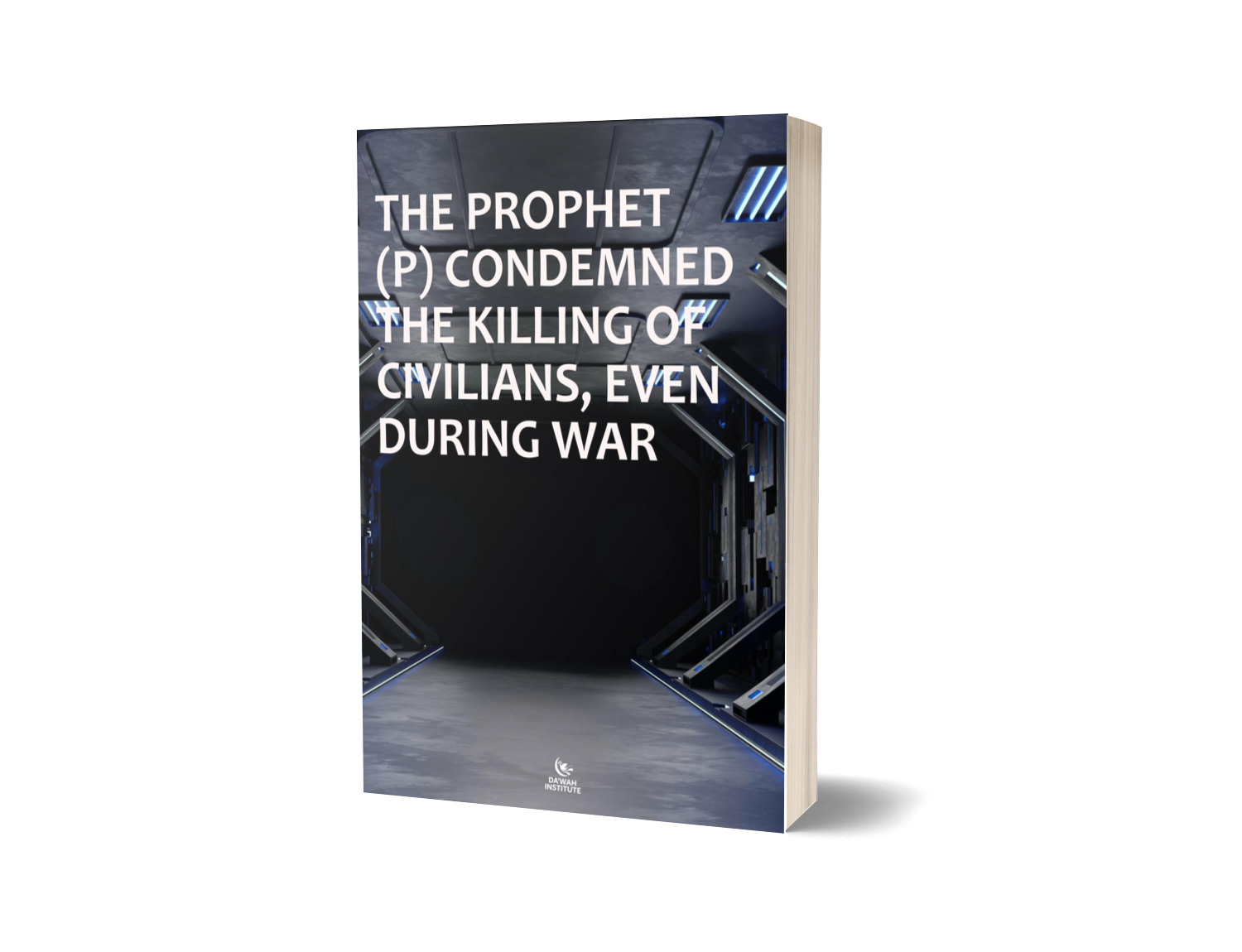 It was narrated on the authority of Abdullah bin Umar that, “During some of the battles fought by the Prophet (p), a woman was found killed. The Messenger of Allah (p) disapproved the killing of women and children.”[1]

There is in addition, the prohibition by the Prophet (p) and his Companions of killing even during warfare, those non-Muslims who were non-combatants, such as women, children, etc.[2] For example, he said, “Never kill women and children”[3], “Do not kill hermits”[4], “Do not slay the old and frail…”[5], and “Leave them (monks) and that to which they devote themselves.”[6] To this list, scholars add other non-combatants such as the blind, chronically ill, clergy, traders, craftsmen, farmers, the insane, peasants, serfs, etc.[7] Others who can be safely included are those with amnesty or peace treaties (mu’ahid and dhimmis), Emissaries and Diplomats, etc.[8]

“And fight in the way of Allah those who fight against you, but do not transgress the limits, surely Allah does not love those who exceed the limits.” (Qur’an 2:190)

“Never should a believer kill a believer; but (If it so happens) by mistake, (Compensation is due): If one (so) kills a believer, it is ordained that he should free a believing slave, and pay compensation to the deceased’s family, unless they remit it freely. If the deceased belonged to a people at war with you, and he was a believer, the freeing of a believing slave (is enough). If he belonged to a people with whom ye have treaty of Mutual alliance, compensation should be paid to his family, and a believing slave be freed. For those who find this beyond their means, (is prescribed) a fast for two months running: by way of repentance to Allah: for Allah hath all knowledge and all wisdom.” (Qur’an 4:92)

Imam Shawkani said: “Ahadith in this chapter show that it is not permissible to kill women and children; this is the view of Malik and al-Awza’i.”[9]

At-Tabari, in his commentary on Qur’an 2:190 above, cites Ibn Abbas’ explanation of the verse as follows: “It means do not kill women nor children nor old people nor those that meet you with peace and abstain from fighting you, for if you do so, know that you have transgressed beyond the limits.”[10]

Even where warfare is completely justifiable, there is clear and explicit condemnation by the Prophet (p) of killing any non-combatants including the aged, women and children. All these prove that it is not permissible for Muslims to fight non-Muslims unless they are aggressors and combatants.

This narrative shows that Islam places a high premium on human life and forbids the unjust killing of anyone, irrespective of faith. The verse quoted above (Qur’an 4:92) shows the punishment for even accidentally killing someone.

It therefore contradicts the extremist arguments that non-Muslims can be killed indiscriminately, or that public places with women, children and non-combatants can be bombed.