THE PROPHET (P) RULED JUSTLY IN FAVOUR OF A JEW, AGAINST A MUSLIM 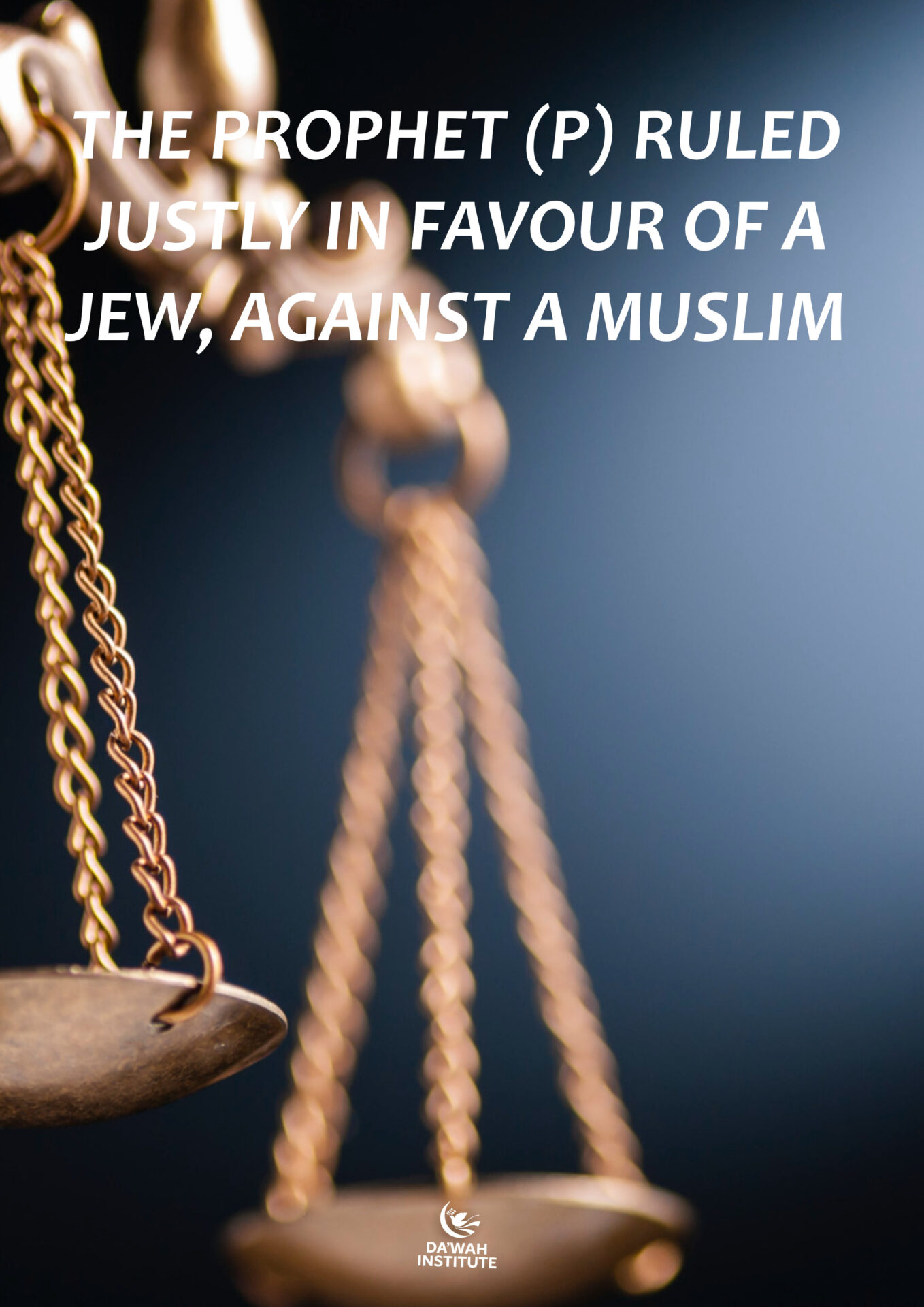 In response, the Qur’anic revelation was decisive and unequivocal. The Qur’an responded, “We have sent to you the Book containing the truth, so that you will judge among the people as God has shown you, and do not be an advocate for the deceivers… And he who commits a mistake or iniquity and then ascribes it to one who is innocent, is guilty of calumny and brazen sin.” (Qur’an 4:105-112)

The Qur’an thus vindicated the Jewish merchant, condemned Tu‘ma, and clearly commanded the Prophet (p) to stand by justice and not defend deceivers, even if the culprit is a Muslim.[1]

“O you who have attained to faith! Be ever steadfast in upholding equity, bearing witness to the truth for the sake of God, even though it be against your own selves, or your parents and kinsfolk. Whether the person concerned be rich or poor, God’s claim takes precedence over (the claims of) either of them. Do not, then, follow your own desires, lest you swerve from justice; for if you distort (the truth), behold, God is indeed aware of all that you do!” (Qur’an 4:135)

“Indeed, Allah orders justice and good conduct and giving to relatives, and forbids immorality and bad conduct and oppression. He admonishes you that perhaps you will be reminded.” (Qur’an 16:90)

Abu Hurayrah reported that the Prophet (p) said, “The supplication of the oppressed is answered, even if he is wicked, for his wickedness is only against himself.”[2]

Abu Dharr reported that the Messenger of Allah (p) said, “Allah the Exalted said: O my servants, I have forbidden oppression for Myself, and I have made it forbidden among you, so do not oppress one another.”[3]

Studying this incident, one would be struck by the Qur’an’s insistence on justice, its rejection of chauvinistic tribalism, and its rejection of political functionalism and opportunism. Even the state of war and the Muslim’s patriotic motivations could not be used to sacrifice an outsider (a Jew in this case), because doing so would be a brazen sin. It seemed that the desire to shield Muslims from honest criticism would not be an acceptable excuse to God. Furthermore, the Qur’anic logic seems to stand in sharp contrast to the logic of necessity used by terrorists to commit horrendous acts of violence.[4]

The action of the Prophet (p) in this narration shows the importance of justice and fairness when dealing with people, irrespective of their faith. It is important to reiterate the context at this point. Muslims were in a state of war; eager to join the battle, a Muslim stole the shield; a Jew and a Muslim stood accused, and the Prophet (p) was being asked to defend the Muslim. Yet, the Prophet (p) did not rule unjustly. Rather, he stood for justice, irrespective of the religion of the plaintiff and defendant.