THE PROPHET (P) VISITED THE SICK AMONG NON-MUSLIMS 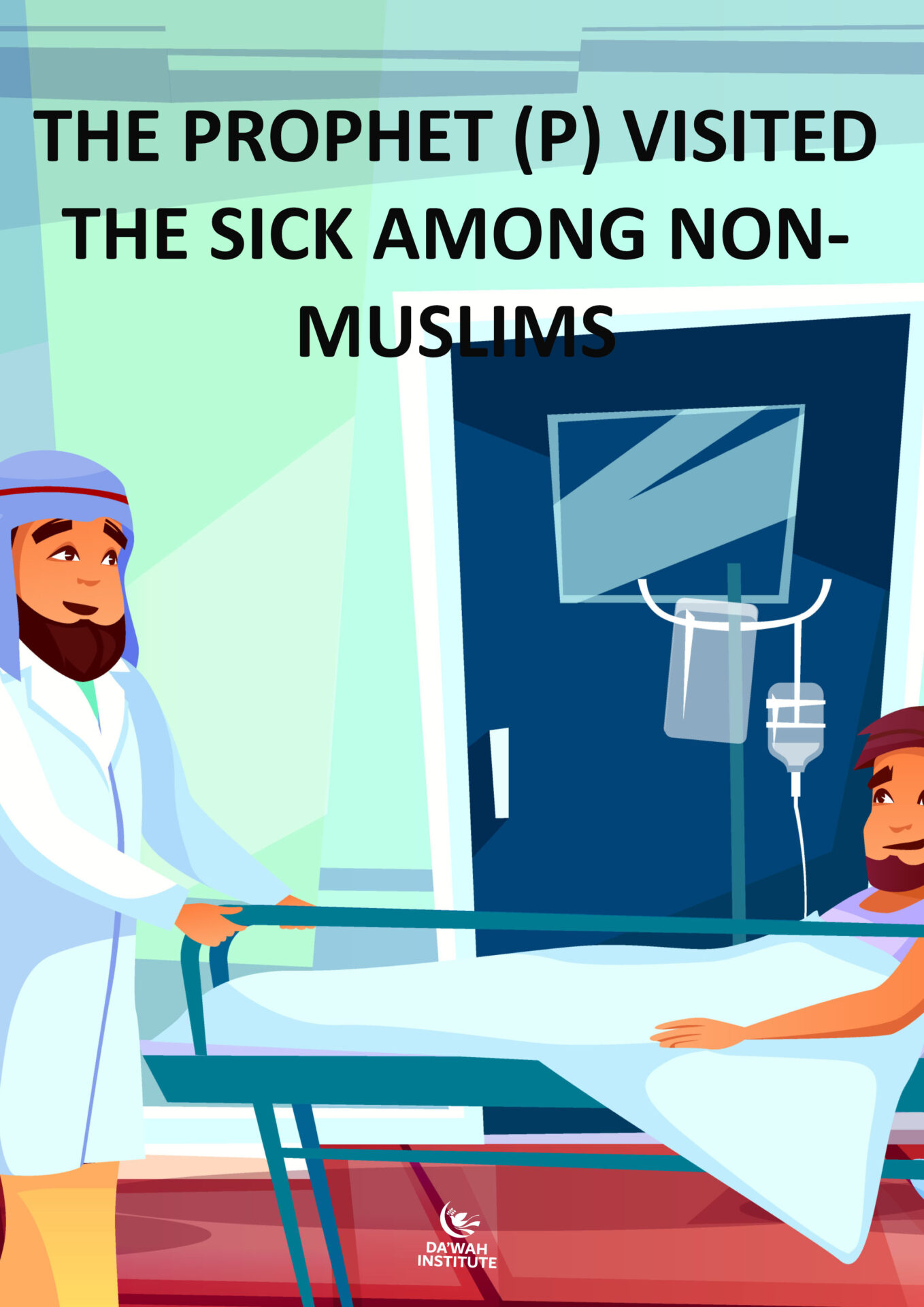 A young Jewish boy who used to serve the Prophet (p) fell ill. The Prophet (p) visited him, and sat near his head. As he was about to pass away, the Prophet (p) asked him to embrace Islam. The boy looked at his father, who was also sitting there. The father nodded approvingly and told him to obey Abul-Qasim[1] (the Prophet (p)); the boy embraced Islam, after which he passed away.[2]

It was narrated by Sa’id bin Al-Musayyib[3]from his father that “When Abu Talib was on his deathbed, the Prophet visited him…”[4]

“As for such (of the unbelievers) who do not fight against you on account of (your) faith, and neither drive you forth from your homelands, God does not forbid you to show them kindness and to behave towards them with full equity: for verily, God loves those who act equitably.” (Qur’an 60:8)

Thauban, the freed slave of Prophet Muhammad (p) reported that the Prophet (p) said, “He who visits the sick continues to remain in the fruit garden of Paradise until he returns.”[5]

The companion Abu Musa narrated that the Prophet (p) said, “Visit the sick, feed the hungry, and (arrange for the) release of captives.”[7]

The Prophet Muhammad (p) also said, “Whoever believes in Allah and in the Hereafter should take care of his neighbour,”[8] and “Jibril continued to remind me of the neighbour’s rights till I thought he would tell me that the neighbour inherits from his neighbour.”[9]

Al-Marwazi said: “It has reached me that Abu Abdullah (Imam Ahmad bin Hanbal) was asked about a man who had close relatives who were Christians, and if he should visit them when they are ill. He replied: Yes (he should).”[10] Furthermore, according to Imam Badr al-Din al-‘Ayni, one of the lessons of this hadith is the permissibility of visiting Ahl al-dhimmah (non-Muslim citizens) especially if they are one’s neighbours. This will show them the beauty of Islam and strengthen the bond between them and Muslims.[11]

That the Prophet (p) despite his position as Head of State still found time to visit a sick youth highlights his humility. Similarly, his practice of visiting sick people, irrespective of their faith, is part of the goodness to everyone that Islam preaches. This is contrary to the position held by some that Muslims should only show kindness to fellow Muslims.

[1] Abu al-Qasim is one of the nicknames of the Prophet (p) meaning ‘The father of Qasim’ as the Prophet had a son named Qasim.

[3] Also referred to by some as Sa’id bin Al-Musayyab.