“Half-Witness For Women: Does it Imply Low Intelligence?” 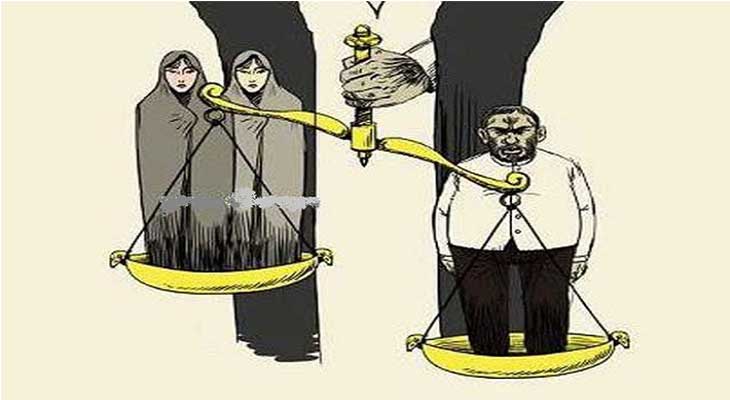 Qur’an chapter 2 verse 282 dwells on principles and rules of business transactions. The emphasis has been on writing down whatever business is transacted and getting witness to back up the transaction. This is to ensure commercial morality. However in the middle of the verse Allah speaks of getting two witnesses out of your men, and if there are not two men, then a man and two women. It reads thus:

“… and get two witnesses out of your men, and if there are not two men, then a man and two women, such as ye choose for witnesses, so that if one of them errs, the other can remind her …” (Qur’an 2:282)

The misconception of some Muslims is that women are lower in intelligence than men, that is why two women are required in place of one man. It is important to note that Allah in many places in the Qur’an says He created us equal and has endowed us (male and female) with the faculties of reasoning with no distinction. If this is so, then the issue of women being less intelligent than men does not arise.

Jamal Badawi also highlighted that the issue of two women witnesses per one male witness is restricted to business transactions; it does not involve other legal matters. For instance in the case of an accusation of adultery, the Qur’an says four witnesses but is silent about the witnesses being male or female (Qur’an 24:5).

One may also note that much of the traditions we have today in canonised hadith collections were accepted as authentic in spite of the fact that they have only a single woman (Aisha) as their source.

Muslims who hold the view that women are of lower intelligence than men and that the requirement of two women witnesses extends to matters other than business transactions base their views on Hadith 1.301 in Sahihal-Bukhari, narrated by Abu Said al-Khudri, which is commonly translated as follows:

Once Allah’s Apostle went out to the Musalla (to offer the prayer) of ‘Id-al-Adha or Al-Fitr prayer.  Then he passed by the women and said, “O women! Give alms, as I have seen that the majority of the dwellers of Hell-fire were you (women).”

However, some scholars have cogently argued that the key word in the Hadith, which is ‘Aql is wrongly translated.  Its real meaning in the Hadith, as in nearly all the places it is used in the Qur’an (22:46; 2:164; 2:170-171; 5:58; etc.) refers to the active use of one’s God-given reason and wisdom for deciding a course of action.  The reference in the Hadith therefore cannot be regarded as attributing a lack of basic or innate intelligence to women.

Otherwise, if one is to follow the manner in which the Hadith is misinterpreted it will not be in harmony with the Qur’anic references to the equal potential of both men and women for righteousness and intelligent understanding.

The Hadith should thus be considered as a way of challenging women to be more proactive in the use of their reason as well as wisdom, whereby they could become more grateful to Allah and worship Him steadfastly.

It may also be observed that the salat and fasting which women miss during menstruation is not due to their own fault or negligence.  Moreover they refund the missed days of fasting after menstruation has ended, and would no doubt have refunded the missed prayers if they had been asked by Allah to do so.[1]

Allah would hardly blame or punish a woman for deficiency in religion because she complies with the teachings of the same religion!  Nor would He place her in hell for any natural deficiency in intelligence if indeed He had created her to be of lesser intelligence (as the mistaken translation of the Hadith implies).  Nowhere in the Qur’an is it stated that women are of lesser innate intelligence than men.

*    There are many examples in the hadith collections in which women’s testimony is accepted without corroboration, and sometimes where the testimony of a single female witness overrides the witness of several men[2] Additionally, many hadith are accepted in the canonical collections (e.g. Bukhari, Muslim, etc.) as authentic in spite of the fact that they have only a single woman as their source.

*    From these observations, some scholars have concluded that 2:282 was never meant to be a general stipulation.

*    Various reasons have been presented for the male to female ratio of witnesses presented in 2:282 as a requirement in the case of business transactions. These include notions of a woman’s greater temperamentality, emotional instability caused by the menstrual cycle and a man’s greater familiarity with business and mathematics. If however one accepts that 2:282 should not be generalised to non-financial matters, then only the last explanation – men’s greater familiarity with business and mathematics – is worth consideration, since the other explanations, if valid, would argue more strongly against a woman’s testimony in other situations such as criminal hearings.

*    What one observes immediately from 2:282 is that the principle objective of the passage is the protection of business agreements and the avoidance of later contention or injustice. In a society facing widespread illiteracy, Islam set strict standards to guarantee the terms of a business contract, and in so doing, reduced the possibility of deception and misunderstanding that often, at least in the past, would have been settled violently. At that time, and for centuries to come, in almost all societies, women were and in some cases still are in general less educated in and less exposed to financial dealings than men and, consequently, the Qur’an required the witness of two men or a man and two women.

*    It also seems clear from the verse that these testimonies of one woman and one man are sufficient for a business contract so long as there is no disagreement. The second female witness is therefore legally required just in case one of the women errs or forgets: “so that if one of them errs, the other will remind her.” (2:282).

*    But why does there seem to be an implication that there is a greater likelihood that it is the woman who will “err” or forget and not the man?

*    If the objective of the ratio of witness is the protection of the contract, the principle in this case seems to imply the need for two reasonably qualified witnesses or one qualified and two less-qualified witnesses, such that if the less qualified one were to err or forget, the other would remind him/her. By way of analogy, some contemporary scholars have concluded that where there are women with greater qualifications than men in areas of financial or legal matters, it would be against the principles and spirit of Islam to have one ignorant layman‘s witness equated with that of two well-qualified female professionals.

*    There is the need to be aware that “advances in technology have made possible a greater intersection of male and female roles and have also produced a society whose financial structures are more complex than those of seventh century Arabia. As the business world grows in complexity, more ingenious methods of deception are continually discovered, and financial and legal institutions are forced to impose ever stricter standards to safeguard their dealings” than those required by 2:282.

In some countries, “if the purchase of a house, long-term loans, or the making of a will, are to have legal force, they must almost always pass the review of a number of departments of several institutions and then usually become a matter of public record.

Since the Qur’an attaches so much importance to the making and protection of contracts, one may contend that existing legal safeguards of financial transactions which surpass the requirements of the verse 2:282 in question are often in the public interest” and are necessary for achieving Islamic objectives.[3]

« Do Muslim Believe in Intercession for Their Salvation?
What Is Purdah And Does Islam Require Segregation Between Gender? »