Is The Islamic Dress Code For Women (Hijab) Not Oppressive? 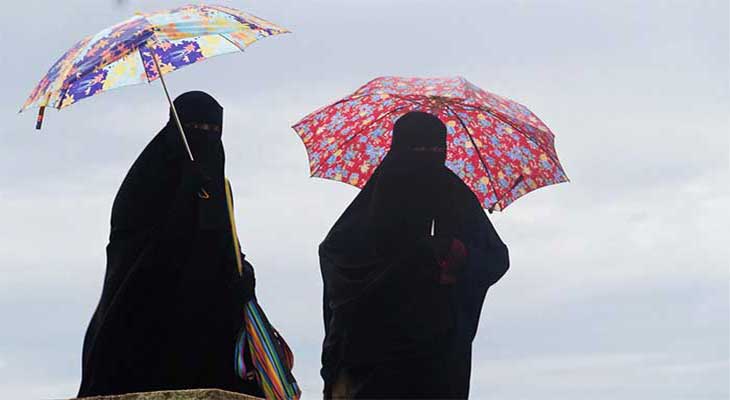 Nearly all societies and cultures, both past and present, have had implicitly-known or explicitly-stated minimum dress codes for both its men and women. With these written or unwritten codes in the collective consciousness of a society, wearing anything less is considered “indecent exposure” which is a moral or, in some communities, sometimes even a legal offence.

When it comes to the question of attire, sometimes the impression given by the non-Muslim media is that the Muslim women who observe proper “Hijab” are being oppressed. Anybody who is familiar with the Qur’an (see Qur’an 33:59 and 24:30-31) and with committed Muslim, women knows that they do not do so just because somebody is telling them to. They are committed to Almighty Allah and this is part of the wisdom He gave to the Muslims to keep society pure and respectable.

Apart from the outer functions of a dress, the Hijab helps to safeguard the modesty and decency of a person and safeguards the moral ideals of a society. Hijab therefore has a moral function and must be accompanied by good behaviour.

Appropriate dress (Hijab) for both men and women is naturally important for a society where sexual relations are strictly confined to marriage. To make it easy for people to live within the bounds of morality, they are required to wear clothes that conceal and do not reveal or accentuate their bodily charms and thus reduce or eliminate temptations. Women are therefore naturally required to cover more of themselves than men.

The Hijab aids in giving identity and respect for the Muslim woman as an intellectually and morally upright human being useful to societal development and not a “pleasure object” for men’s lusts. It also minimizes the unnecessary envy and jealousy among some women that goes with the competition for beauty and show off (especially among the physically less fortunate and older ones).

Islam, being a universal religion, has not prescribed any particular form, colour, fashion or style of dress. However, it should meet certain requirements of Islamic dress whatever the climate or region. These requirements apply to both man and woman.

Dress should cover a person’s “awrah”. A man’s “awrah” extends from the navel to the knee. A woman’s “awrah” is the whole body with the exception of the face, hands and feet. Dress should be loose fitting but not transparent.

Nor do they observe that Mary the mother of Jesus (AS) is not shown bare-headed or in short dresses or skirts. This modest dressing is a virtue that people of all religions should accept and respect rather than criticize.

The veiling of the face by women is permissible and left to the individual taste, but the face must be uncovered for Hajj. Interestingly in the past Christian women were required to cover their heads in Church. The Bible says in 1 Corinthians 11:3-13 “… any woman who prays or prophesies with her head unveiled dishonours her head – it is the same as if her head were shaven… let her wear a veil…”

« Why Are Men And Women Not Allowed To Intermingle In Islam?
To What Level Of Political Status Can A Muslim Woman Attain? »