Why Are Men And Women Not Allowed To Intermingle In Islam? 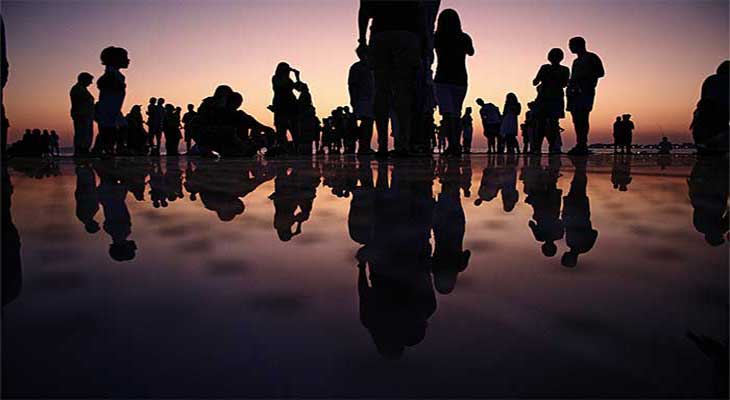 The assumption of this question is that there is no room for social interaction in Islam, which is not true. However, Islam does not approve of unlimited intermingling or of absolute segregation of sexes.

What Islam teaches is that the mixing should be done in a good Islamic atmosphere. Individuals concerned should respect rules guiding morality and decency. Life in Islam is oriented towards God. If it allows men to come into contact with women that is indeed a test.

A Muslim should make such association an opportunity for furthering the aims of worship, gratitude to Allah and moral strengthening. Those involved should observe the limits of what is permissible. Public life is not a stage where men alone can play.

There is no segregation of sexes in those public domains, which call for joint efforts.
The interactions between sexes in Islam can even go as far as the housewife or bride serving the guests as seen in this Hadith: “Sahal bin Sa’ad Al-Ansari stated that Abu Saeed invited the Prophet () to his wedding feast.

His bride Umm-Saeed was the one who prepared the meal and served the guests too. She put some dates in a stone vessel to soak in water. When the Prophet (P) had finished the meal she crushed the dates with her own hand and gave the Prophet () to drink, as a special favour.” (Bukhari and Muslim)

From the aforementioned Hadith it is clear that it is permissible for men and women to intermingle as long the women are in their Islamic dress, men well behaved and the activities Islamic.

It was also the tradition of the Prophet to visit Muslim women, take a midday nap in their houses and perform salat with them. According to Al-Tabarani, Ibn Harith heard Ilhaulah bint Qais say: “The Prophet () and I took meals in the same dish” (Al-Isabah). Al-Shafta bint Abdullah was one of the wise and prominent ladies of Madinah.

The Prophet () used to visit her and took his midday nap in her house. She arranged a bed and a sheet for him to sleep on (Al-Isabah). Ansa reported that Prophet () offered his prayers in their house with his grandmother. Anas said: “An orphan and I would stand behind him, and the old lady behind us” (Al-Isabah).

« Why Should Women’s Inheritance Be Half That of Men?
Is The Islamic Dress Code For Women (Hijab) Not Oppressive? »